The Rise and Fall of Tony Stewart

After a brilliant and controversial career, the greatest stock racing talent of our era can’t go back to where he came from. 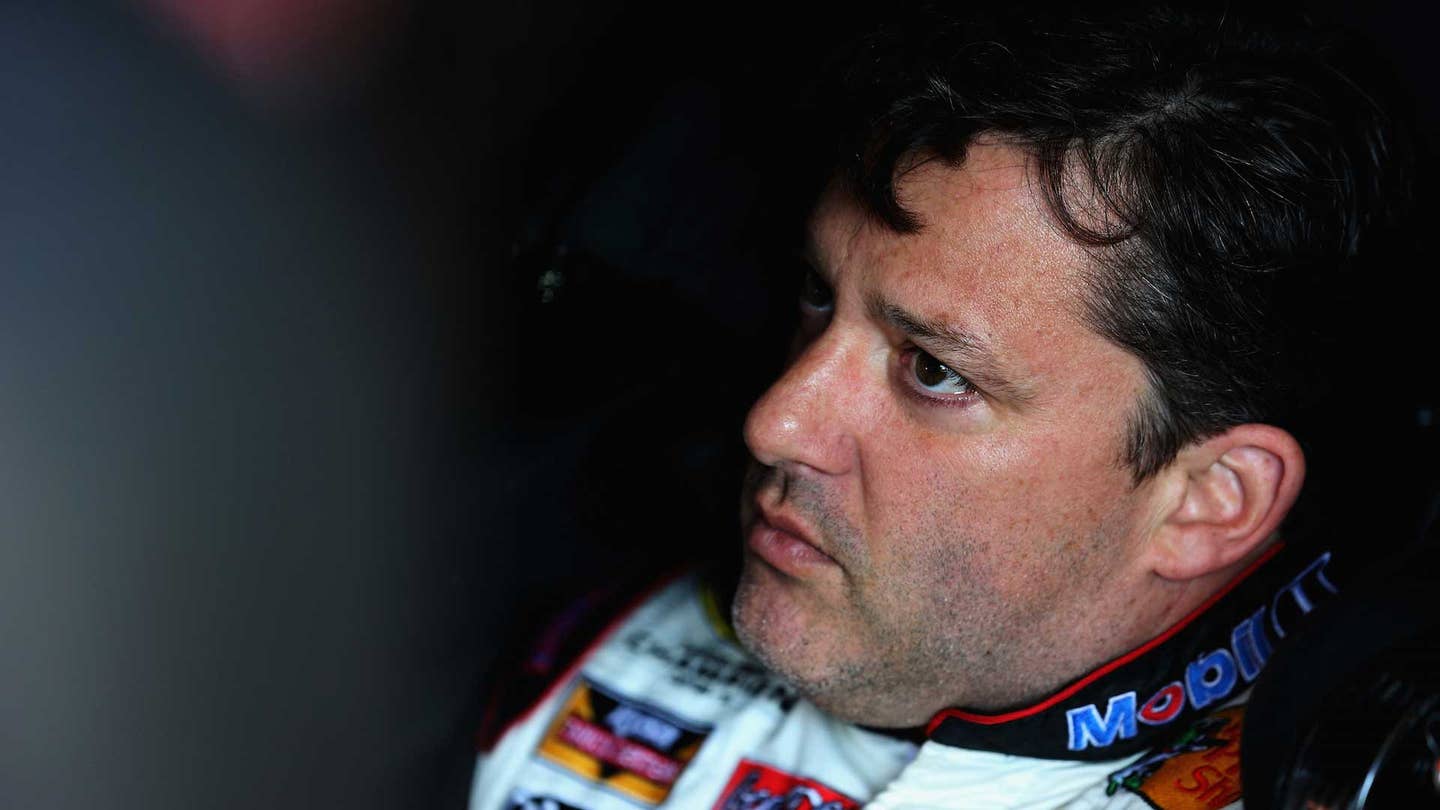 Tony Stewart didn’t kill Kevin Ward, but you can understand why some people would think so. The moment of death is captured on amateur video, preserved forever on YouTube and, at first blush, it seems to capture evidence that Stewart, with his notorious temper on and off the circuit, was at least trying to scare the 20-year-old. When Ward climbed out of his wrecked sprint car and stalked down the track, gesturing angrily, he seemed to to have a temper that resembled Stewart’s own.

In the aftermath, Stewart seems lost. Death in racing is usually something the fans and family have to deal with; it’s rare that drivers are left to put the pieces back together. It’s been tough for the Ward family, of course, and they’ve filed a civil suit against Stewart. In all the legal turmoil, it’s easy to forget that the aging racer suffered a severe compound leg fracture in a season-ending sprint car wreck a year prior to Ward’s death. So he’s been hurting for a while.

Today, Tony Stewart is retiring from NASCAR. It’d be a serious gut-punch for a sport running dangerously low on personality. That is, if he hadn’t already receded into the background. For 17 years, Stewart was the moral center of NASCAR, the most soulful and somehow most relatable guy in pit lane. Everyone called him “Smoke,” and he could be a preening, sarcastic, snide, immature, ruthless prick. He bristled with dark charisma. He was rude to reporters (“That’s a stupid thing to say, even for you,” to ESPN’s David Newton) and other drivers (“Carl [Edwards]? Come on—he’s the Eddie Haskell of NASCAR.”) He indulged in tantrums that, in just about any other profession, would have human resources working overtime.

But he’s a heroic figure. Stewart very much earned his role as NASCAR’s straight-talking fan favorite, and was an excellent goddamn racecar driver. Raised middle-class, the child of a broken home, he won the World Karting Championship around the time he hit puberty. He was the first-ever driver to win championships in all three USAC series: National Midgets, Sprint and Silver Crown. Then he went on to IndyCar, at age 25, and won some races there, too. Like his idol A.J. Foyt, Stewart has that special kind of Pure Talent, the one that works behind the wheel of anything, and a monomaniacal lust to be faster than everyone else. Mostly, Stewart just dislikes fake people, slow racecars and bullshit.

Behind closed doors, anyone who matters in NASCAR loves Smoke. Even Carl Edwards. Tony is smart and uncommonly gifted with observational comedy. He has been a de facto spokesman, in many ways, for the entire sport. What he said counted, because he meant what he said. Off the track, he’s warm, modest and kind, with a penchant for dramatic gestures of generosity. For these reasons, his team, his inner circle, is doggedly loyal and protective.

In 2008, I spent a month on the road and at home with Tony Stewart. He was single at the time and still living in the tiny Columbus, Indiana, house in which he grew up. I was reporting a profile of Stewart for Rolling Stone, and for one reason or another, after a few days shadowing him, Tony decided I was O.K. He even let me crash on his couch after a long night race in Phoenix and flight back to Indiana. After the grueling 312-mile race, he played mah jong on his computer the whole flight home, arrived at dawn and slept just a couple hours before getting up again. He shook me awake, offered me a glass of O.J., then pushed me into his BMW 7 Series and drove two hours to watch USAC racing at a dirt track. I was exhausted; he was psyched. Stewart’s that kind of guy.

Another night, before the first Talladega race, he snuck off to the local dirt track, a 1/3-mile red-clay oval, to watch his friend and employee, Jody Doles, race. Stewart strolled in the back way, greeting everyone by name and made his way to the top of the rickety announcer’s tower to watch. Down below, super late-models were flicking around the track; Smoke leaned forward on the railing, chin on palms, and watched. He loved dirt-track racing. He offered a quiet running commentary of the action below, parsing the strategies unfolding and complimenting a couple of particularly strong up-and-comers. He knew everyone’s name. “This is where I love to go, man,” he said. “I’ll be racing on these tracks long after this NASCAR thing ends. That’s what I look forward to.”

Of course, that’s part of the tragedy of Kevin Ward’s death—the least significant part, you might argue—but one that affects the living. Tony Stewart can never really go back to dirt tracks now, not after his car hit and killed that 20-year-old in Upstate New York. So what’s left for one of the most gifted race car drivers of our age? And what’s left for NASCAR, which loses one of its most magnetic and legendary luminaries? I’m not sure. But we’ve got a lot less to look forward to now, too.