Hot chicken, live music, and roarin' racing cars. What more is there to ask? 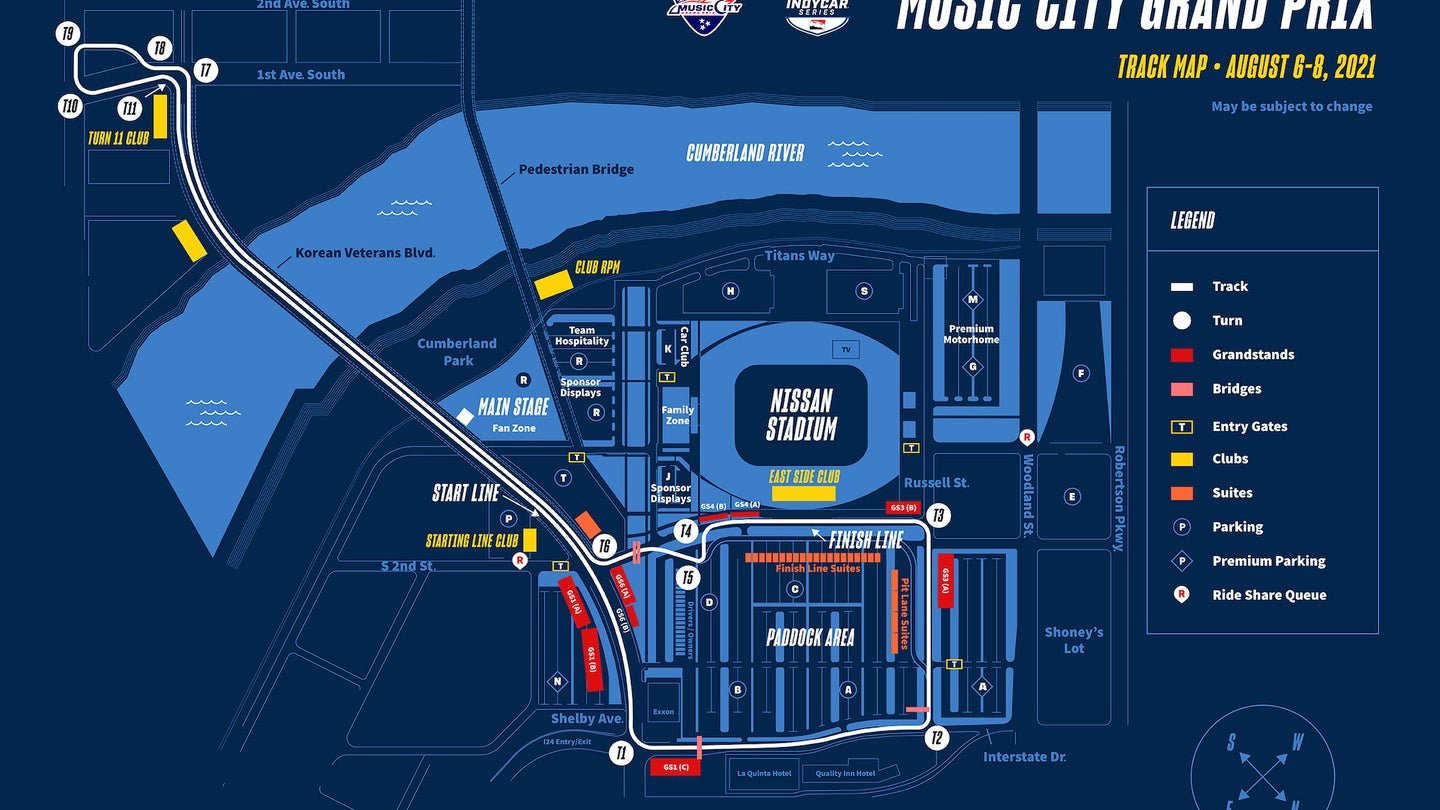 Country-Western may reign supreme in Nashville, Tennessee, but come 2021 it'll have a challenger to its musical throne. Next August, the sweet sound of Chevrolet- and Honda-powered IndyCars will echo through the streets of Tennessee's cultural heart via the series' first new street circuit race since 2013: the Music City Grand Prix.

Returning to the area for the first time in a decade, IndyCar will again race in Nashville on the weekend of Aug. 6-8 2021—healthy, coronavirus-free society withstanding. Its field of Dallaras will zip past the home of event co-sponsor the Tennessee Titans on their way around a counterclockwise, 11-corner circuit, much of whose 2.17-mile length comes from a two-way sprint across the Cumberland River.

So even though Formula 1 couldn't make an over-water overtaking zone happen with its proposed Miami Grand Prix, the United States will still have a similarly spectacular passing zone to boast of.

The dash across the 1,660-foot Korean War Veterans Memorial Bridge could be made even more magical if the race is run at night, when the bridge can light up with colored LEDs. That, however, might conflict with IndyCar's plan to immerse fans in a three-day weekend of not just racing, but also one of the country's most renowned food and live music scenes.

IndyCar won't be the only series to again enjoy Nashville in 2021, either. The city will be further spoiled for sport in 2021 by the return of the NASCAR Cup Series, which will compete in June at the superspeedway in nearby Lebanon.

It's a shame NASCAR won't also race on the street circuit—it'd be a treat to watch stock cars trundle their way around a track as tight as this. Also at night, of course, to let the underglow shine.