Track conditions were deemed too unsafe for riders and safety personnel. 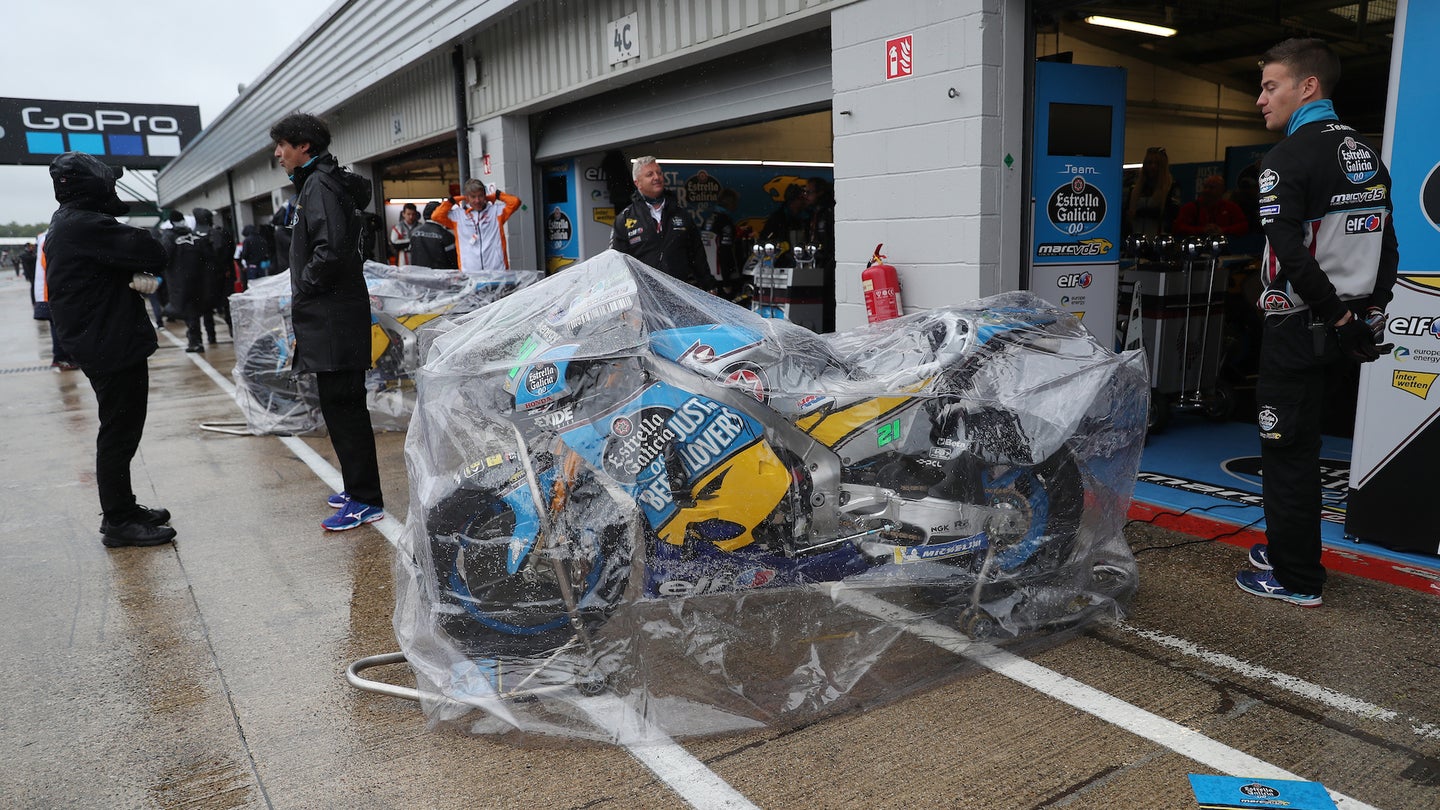 The 2018 MotoGP British Grand Prix was canceled due to torrential rains that hammered the region and made the legendary Silverstone too unsafe for riders, safety personnel, and the general public.

According to MotoGP, the decision to pull the plug on one of the staples of the world championship was made after sanctioning body Dorna Sports, International Road Racing Team Association (IRTA) officials, and MotoGP riders held a meeting behind closed doors and agreed that conditions were simply too dangerous.

A statement from Dorna Sports explaining why the race couldn't be rescheduled to a later time on Sunday or even Monday hasn't been released, but an official update released four hours prior to the race's original start time simply stated that the race had to be held Sunday—period.

"Racing can only take place today under safe conditions, there is no option to hold the #BritishGP tomorrow," read a statement on MotoGP's Facebook page. "A decision on if and when will be made ASAP"

It was only natural that a wide variety of opinions were voiced on social media, with organizers, riders, and fans chiming in with displeasure about the final decision. However, the majority were understanding that human lives can't be risked for the sake of a championship race. One of those opinions came from Herve Poncharal, founder of the Yamaha Tech3 MotoGP team.

Repsol Honda's Marc Marquez, current championship points leader, shared on Twitter that he felt bad for all the fans who didn't get to see the show they paid for, but that rider safety was a priority. Marquez will now carry his points advantage into the next round at the Misano World Circuit Marco Simoncelli for the Grand Prix of San Marino on Sept. 9.

Marquez was sandwiched by the mighty straight-line power of the factory Ducatis.