McLaren boss Zak Brown knows how to motivate his drivers—both in F1 and IndyCar. 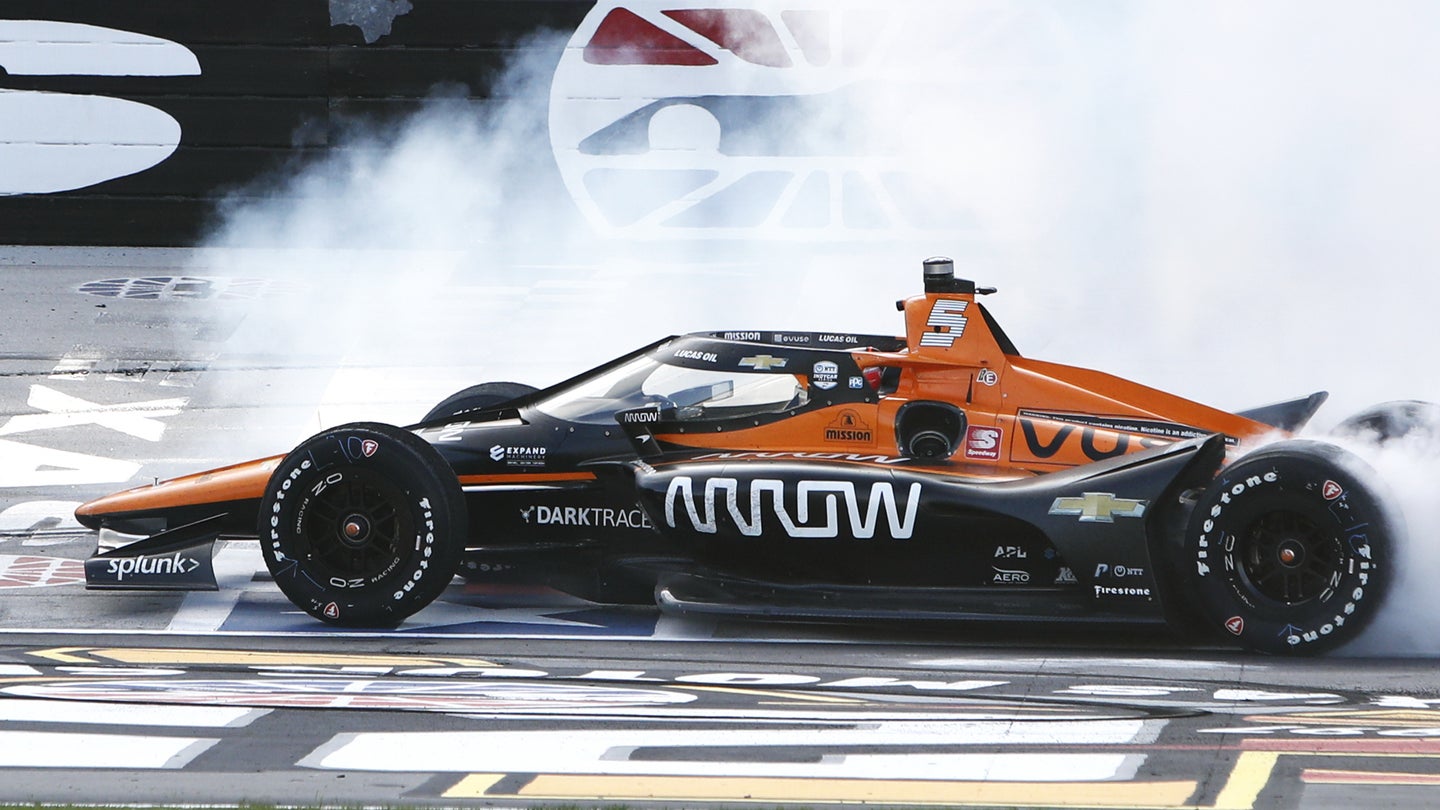 Pato O'Ward took his first IndyCar victory at the Texas 375 Sunday and earned himself a Formula 1 test with McLaren by doing so. The 21-year-old Mexican driver joined Arrow McLaren SP when the British F1 squad partnered with Schmidt Peterson Motorsports last year. This also marks the first win for McLaren in the American series since Johny Rutherford in 1976, and also for a Mexican driver since Adrian Fernandez in 2004.

The race itself was messy, with a horrible, multi-car pile-up caused by Pietro Fittipaldi saw him, Sebastien Bourdais, Alexander Rossi, Ed Jones, Conor Daly, and Dalton Kellett all out of the race. During the restart, Scott Dixon was then able to take an initial lead and held on to it despite a further caution period with 120 laps to go, but O'Ward had saved one lap's worth of more fuel than Dixon or second-contender Graham Rahal. A final caution due to O'Wards Arrow McLaren SP teammate Felix Rosenqvist's wheel deciding to exit the race handed O'Ward the advantage, which he held for the final 24 laps.

As a former member of the Red Bull Junior Team, O'Ward had once been aiming for an F1 drive. He ran one race for them in Formula 2 and replaced Dan Ticktum in the Japanese series Super Formula after the other driver's sharp fall from grace within the team.

However, the FIA screwed him over by changing the number of Super License points awarded for Indy Lights and effectively ruled O'Ward out of the running for a 2020 F1 drive. Red Bull's a cruel mistress and he found himself out of the running, only to be picked up by McLaren for its IndyCar entry. Potentially a bit of a leap of faith, given its disastrous attempt at the 2019 Indy 500.

When O'Ward took pole for the 2021 IndyCar season opener at Barber, McLaren CEO (of both F1 and IndyCar) Zak Brown told him that he could have an F1 test if he sealed a win for the squad—and it appears he's going to honor that.

Brown is not a stranger to these rewards, as he's also promised F1 driver Daniel Ricciardo a run in a vintage NASCAR race car formerly driven by Dale Earnhardt for his first F1 win for the team.

O'Ward himself told Motorsport.com that he was calling in the deal, saying "Yes, he's going to pay up! Where is my F1 test? I want a McLaren!”

The two wings of McLaren Racing may be separated by the Atlantic and several decades of heritage, but are actually fairly integrated, at least in marketing terms, and often share each other's successes. Zak Brown missed Lando Norris' F1 podium at Imola while he was out with the IndyCar squad for the season opener.