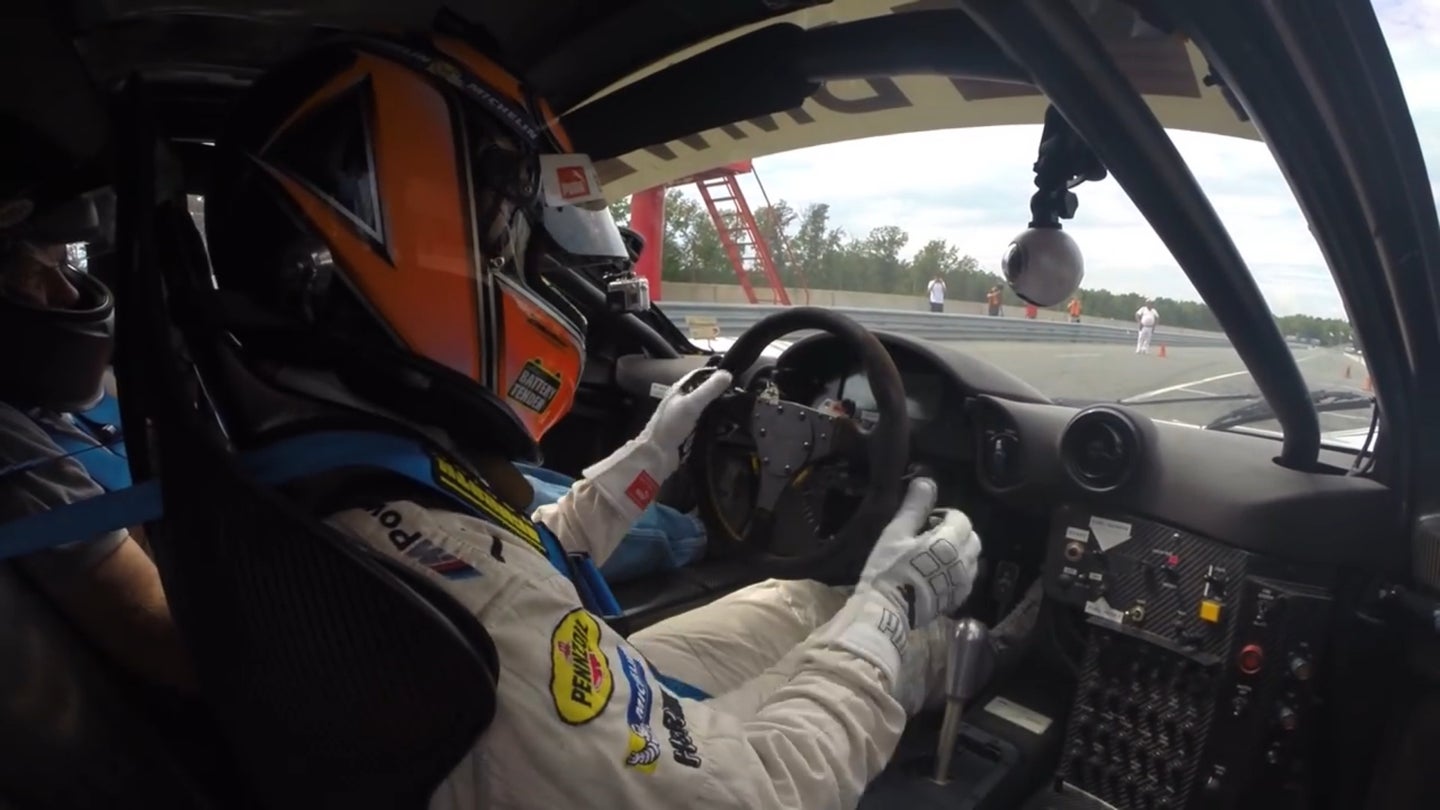 Bill Auberlen is a race car driver who has made a name for himself driving in a variety of BMWs through the years. His 401 starts with the brand include the 24 Hours of Le Mans as well as countless IMSA series races of which he has come away victorious 38 percent of the time.

More recently, Auberlen finds himself behind the wheel for Rahal Letterman Lanigan Racing. When not driving professionally, he clearly likes to spank cars on the track as seen in a recent video where he heel-toes a McLaren F1 GTR at a McLaren Philadelphia track day around New Jersey Motorsports Park.

Check out the footage below and just know that while you may be cool, you'll never reach the level of Bill Auberlen.