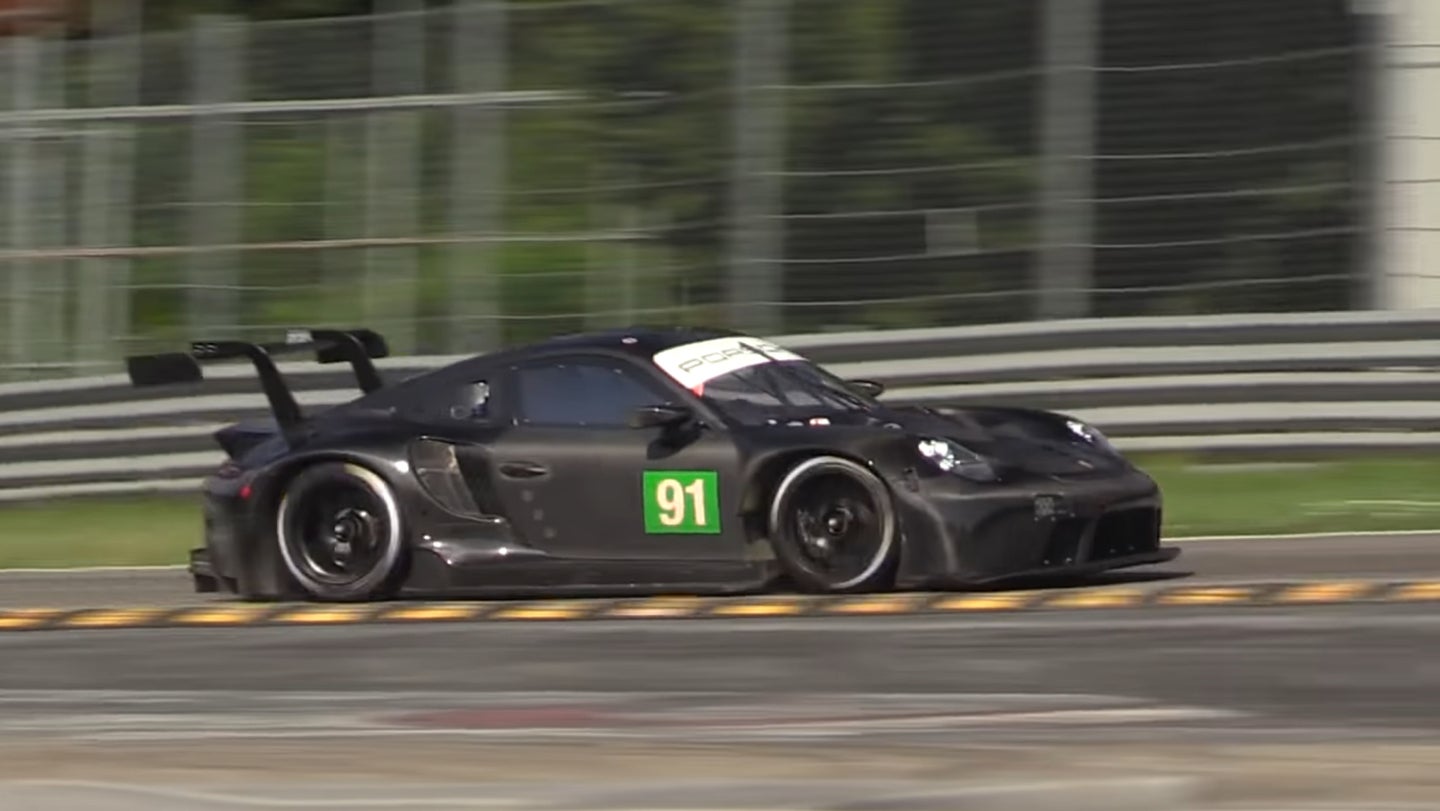 The most interesting classes in multi-class World Endurance Championship racing in recent years haven't been the top-class specialized racing prototypes. They're the LM GTE classes with sports cars that are based on road cars like the Aston Martin Vantage, Ferrari 488 and Porsche 911. An updated version of the Porsche 911 RSR-19 was spotted at Italy's Monza Circuit recently, and hooray! It's a delightfully rowdy car.

The 911 RSR-19 is Porsche's LM GTE car, but it only ran in the WEC's all-pro LM GTE Pro classes last season. Now it's also going to LM GTE Am-class customer endurance teams who run a combination of pro and amateur drivers at events like the 24 Hours of Le Mans and 1,000 Miles of Sebring, and as such, it's getting a few updates.

According to YouTube car-spotter 19Bozzy92, these lightweight carbon-fiber-bodied beauties feature a revised body kit that includes new mirrors, a new front bumper, a new hood, a new wing profile and a new rear diffuser. Just like the last generation, it remains more mid-engine than its rear-engine road-car counterpart.

The real pièce de résistance here is the RSR-19's screaming 4.2-liter flat-six engine. It's not as loud as the previous 2017-generation cars that ran in LM GTE Am last season, but Porsche clearly wanted to keep that signature flat-six sound. It's an exhaust note that's been polarizing among sports car fans in the past—a Corvette-stanning friend told me that the last-generation Porsches made his ears bleed, for example—but personally, it is the song of my people. I love it. I am here for the 911 sounds.

19Bozzy92 spotted these revised RSR-19 prototypes at Monza back in August as well, and at that point, they had a side-exiting exhaust that exited just ahead of the rear wheels. According to 19Bozzy92, mufflers were added to the 911 RSR-19 to be able to meet decibel limits coming in 2021 and to enable teams to run on tracks with stricter noise requirements. Clearly, Porsche wasn't happy with the change in sound or the fact that you could see the muffler with the side-exiting exhaust, so the cars you see above include a rear-exiting exhaust instead.

It doesn't (and can't) have the eardrum-piercing volume of the 2017 cars, but it sounds right, even though 19Bozzy92 says it should be about a 10-decibel drop from last year's car.

Hopefully the rear-exiting exhaust means it's easier to spot little fireballs as these cars' exhausts burble and pop during night races.

Fun aside: If the two cars' numbers—91 and 92—look familiar, it's because they're the ones that the Porsche GT Team pro squad ran in last year's World Endurance Championship.

I'm curious what you guys think, though: Do you love the sound of the 911 RSR's giganto-flat-six, or is it the most annoying sound in racing for you?