Porsche Purists Look Away From This Tesla Battery-Powered 911

This supercharged super Carrera is electrifying. 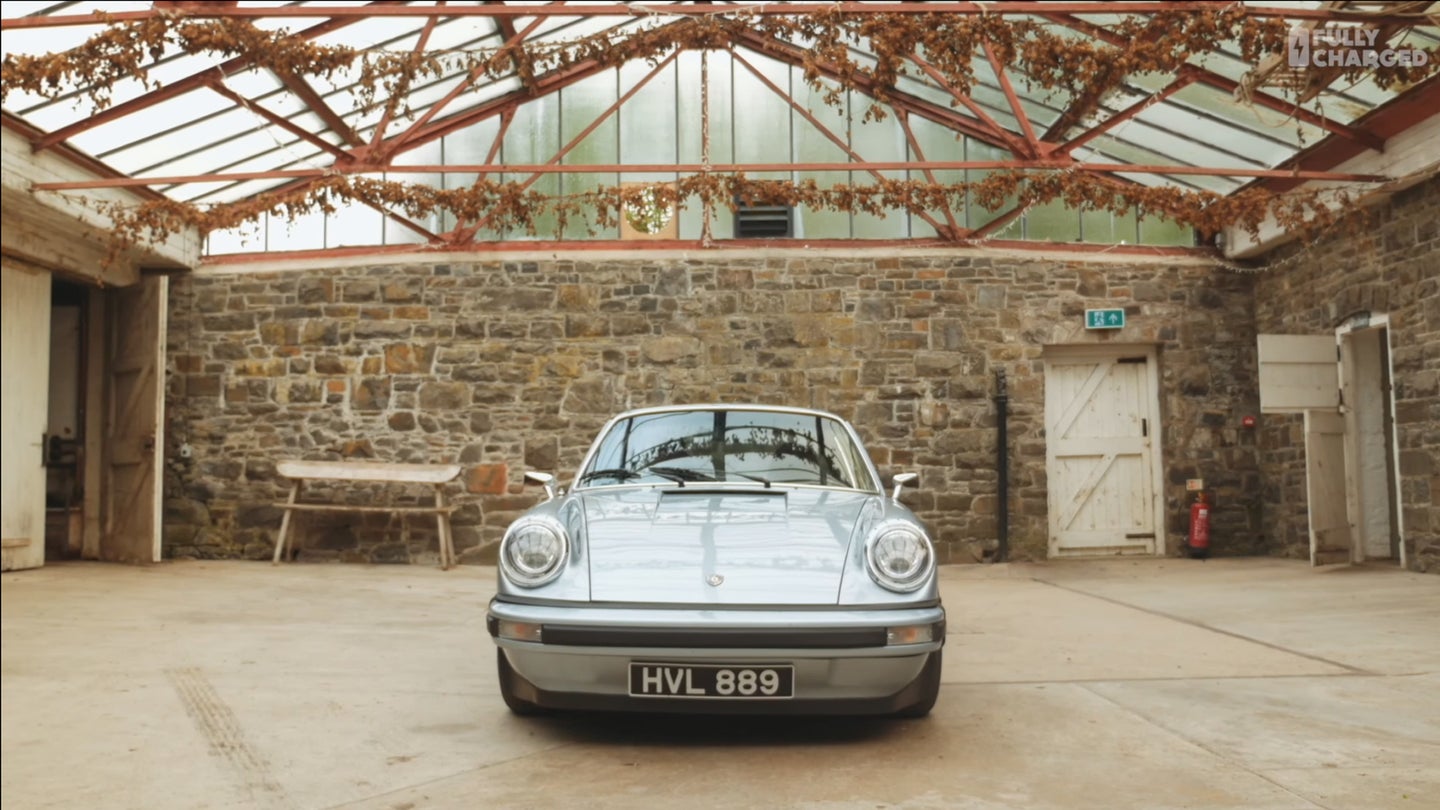 The 930 Porsche 911SC was one of the great classic air-cooled Porsches available. A real driver's car, this rear-engine go kart is still golden in the hearts of many purists. One conversion company, however, wants to the take the tired rumble of Porsche's aged boxer engine and give it new life with something electric. This is the 1979 Porsche 911 E.

It all starts with a UK-based company called Electric Classic Cars. Like the name implies, they'll take anything classic and bring new life by converting it to battery power - and they do a fine job at it. This particular Porsche was restored from the ground up, including re-chroming, bare-metal painting, and have soft-backdated many inefficient parts with more modern and updated features, such as LED headlights. The vehicles also retain a very stock look - Electric Classic Cars even fitted the charging port into the stock fuel filler neck location on this Porsche.

Pop open the front trunk and you'll find a plethora of Tesla Roadster battery packs (eighteen to be exact), totaling 54 kWh battery. The Porsche will travel for about 200 miles on a single charge and will sprint from 0-60 in about 5.5 seconds, both of which are about the same as a Tesla Model 3. Where the engine used to sit is now storage space - no more flat-six rumble or exhaust smells - just emptiness. Instead the soft whine of an electric motor propels the car forward at a much quicker rate than factory.

Inside the car, everything appears to be factory. Even the original shifter - which is operational, though now clutchless in nature - remains to add to the classic feel. Despite the classic feel, modern features like power steering and regenerative braking have been added to the underlying operation of the car.

Is it still the classic Porsche owners want? Probably not. The connected feel to the road is slightly removed in favor of convenience, and the rumble of a gasoline motor is absent from what one might expect. It's a modern classic that breeds a whole new audience - something that's definitely been done before. Though its heart may have been removed, but the soul is still there.