The Drive at US F1 GP: The 10 Coolest Hats at the Circuit of The Americas

Vikings, the Pope, and even a Hamilton-loving Michael Myers were in attendance in Austin, Texas. 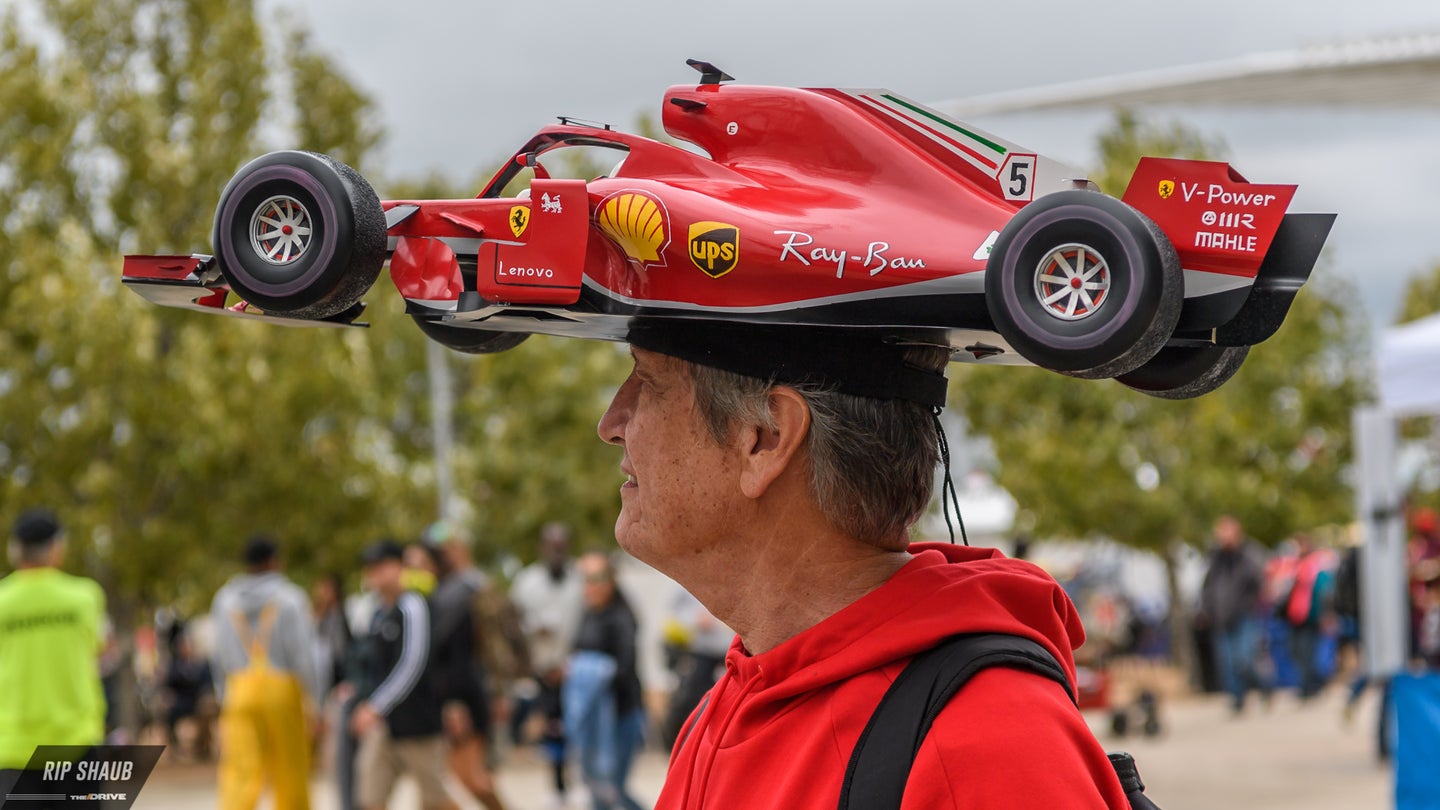 The majority of racing fans support their favorite teams and drivers with the typical overpriced hat and t-shirt they purchased at overcrowded merchandise trackside shops. However, there's another category of fans that wouldn't dare get caught wearing the same run-of-the-mill souvenir that everyone else can get their hands on. No sir, they're simply too hardcore for that.

This became more than evident at the Circuit of The Americas this weekend, where tens of thousands of F1 fans congregated to cheer their favorite automakers and daredevils, hoping that all those positive vibes will help them deliver good results.

While Japanese fans are known for creating some highly technical and realistic fan gear, which has previously included McLaren hats with working DRS wings, we Americans aren't too far behind in terms creativity and style. After all, where else would you see Halloween's Michael Myers holding an enormous hammer with the Mercedes-Benz logo and "Hammertime" plastered on it? Yeah, that's what I thought.

Of course, it being Texas, a plethora of cowboy hats were in attendance, but there was one specific dude whose hat was so big you could spot him a mile away in a sea of people—quite literally. Other special mentions include a fake Bernie Ecclestone, a Ferrari Pope, a somewhat disturbing dog wearing headphones and Mercedes-Benz sunglasses (which I can only assume is Hamilton's Roscoe), and the always creepy and ridiculously large-headed F1 dolls.

Which one is your favorite?