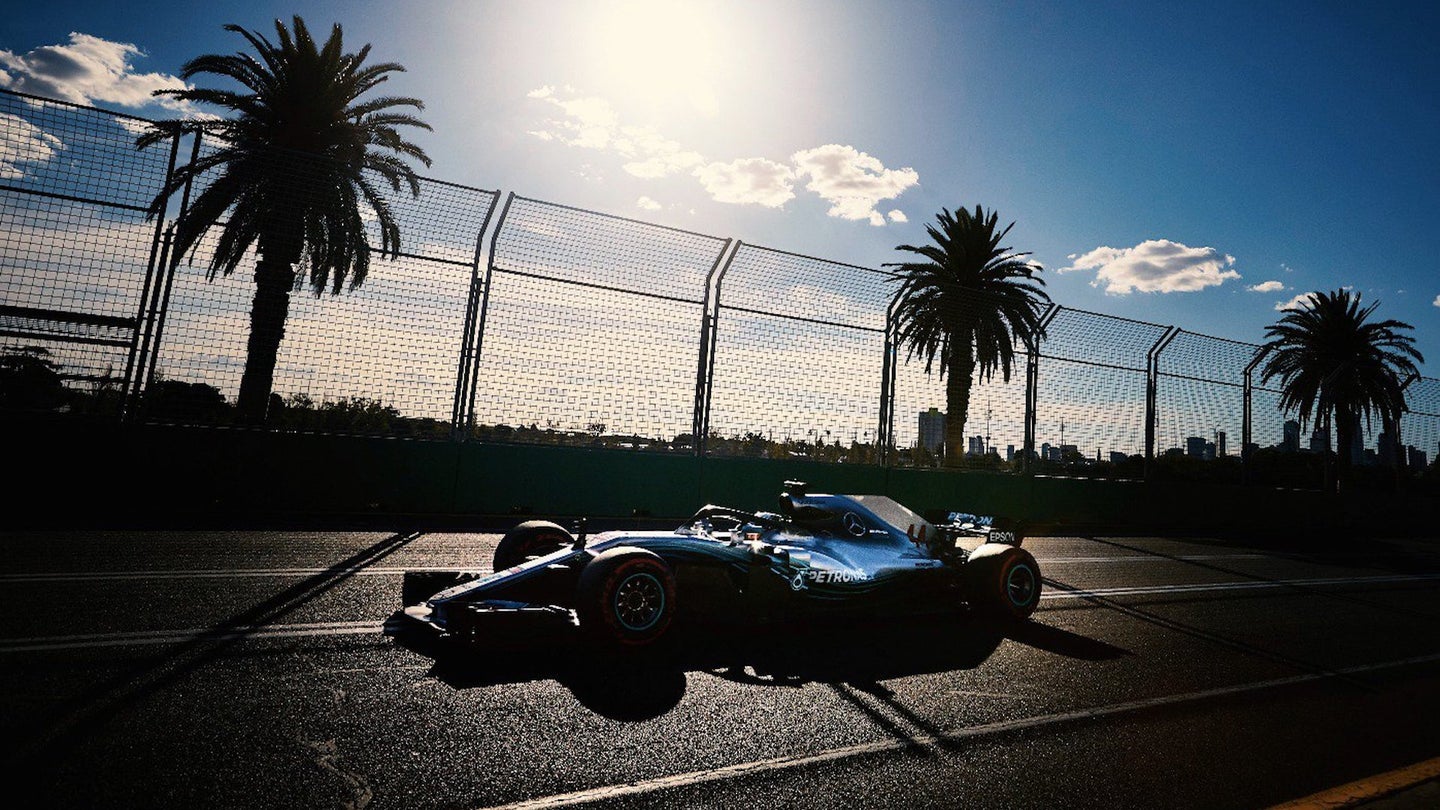 The season-opening Australian Formula 1 Grand Prix is officially in the books, and to say that it was a nail-biter is a complete understatement. Sure, it may have been the usual suspects up front, but it's more than clear that this is just the beginning of Lewis Hamilton and Sebastian Vettel's "fight for five."

Like most things in life nowadays, social media was the epicenter of all things Formula 1 over the Grand Prix weekend. From Damon Hill calling on Ferrari and Mercedes-AMG to leave the sport to Hamilton thanking his millions of fans, Twitter and Instagram were poppin'.

Unfortunately, today's winner is one of the few global stars who've chosen to stay away from social media. The four-time F1 champ may not have an official presence on the internet, but that hasn't stopped fans from praising him with fan-based pages.

Hamilton is to Vettel what Hunt was to Lauda. In other words, polar opposites. The four-time world champ thanked his legions of fans on all his social media platforms after finishing second in Australia.

Raikkonen finished a disappointing third place, and it's needless to say that he felt robbed of his second spot by his Ferrari teammate, Vettel. As a result, the eccentric mumbler posted this short-and-sweet photo to his Instagram page.

Life didn't take it easy on the Australian this weekend. After receiving a grid penalty on Saturday, Ricciardo fought hard until the end of the race but still missed out on a podium at his home Grand Prix. Ricciardo's yet to post on social media after the race.

It was a great day for the Spaniard, who most likely didn't know what to expect out of his McLaren-Renault going into this weekend after a disastrous winter. Alonso not only finished in fifth place, but he was also voted "Driver of the Day" by the fans.

The Flying Dutch made plenty of mistakes on Sunday, and it's safe to say that all of them were caused by impatience and overdriving the car. Still, a sixth place and points-finish for Verstappen mean his day wasn't as bad as it could've been.

The Hulk's race was sweet and sour. As his own tweet says, he was helped by some situations and hurt by others. In the end, he brought home six points in seventh place.

An uneventful race would've been easier on Bottas' morale. A weekend to forget for the Finnish driver and his Mercedes-AMG crew after a disappointing eighth-place finish.

Vandoorne and McLaren will take all the positivity they can, and his post-race tweet reflects exactly that. The sophomore was ecstatic to finish in the points—as he should.

Due to an apparent issue with the Spaniard's drink bottle system, Sainz was left without any liquids to hydrate himself with during the hot race. Despite feeling sick towards the end of the Grand Prix, Sainz held back a charging Perez to finish in tenth place.