Here's How GM Plans to Roll Out 40,000 Public Fast Chargers in North America

And you'll be able to get Ultium charging at home with your electric Hummer, too. 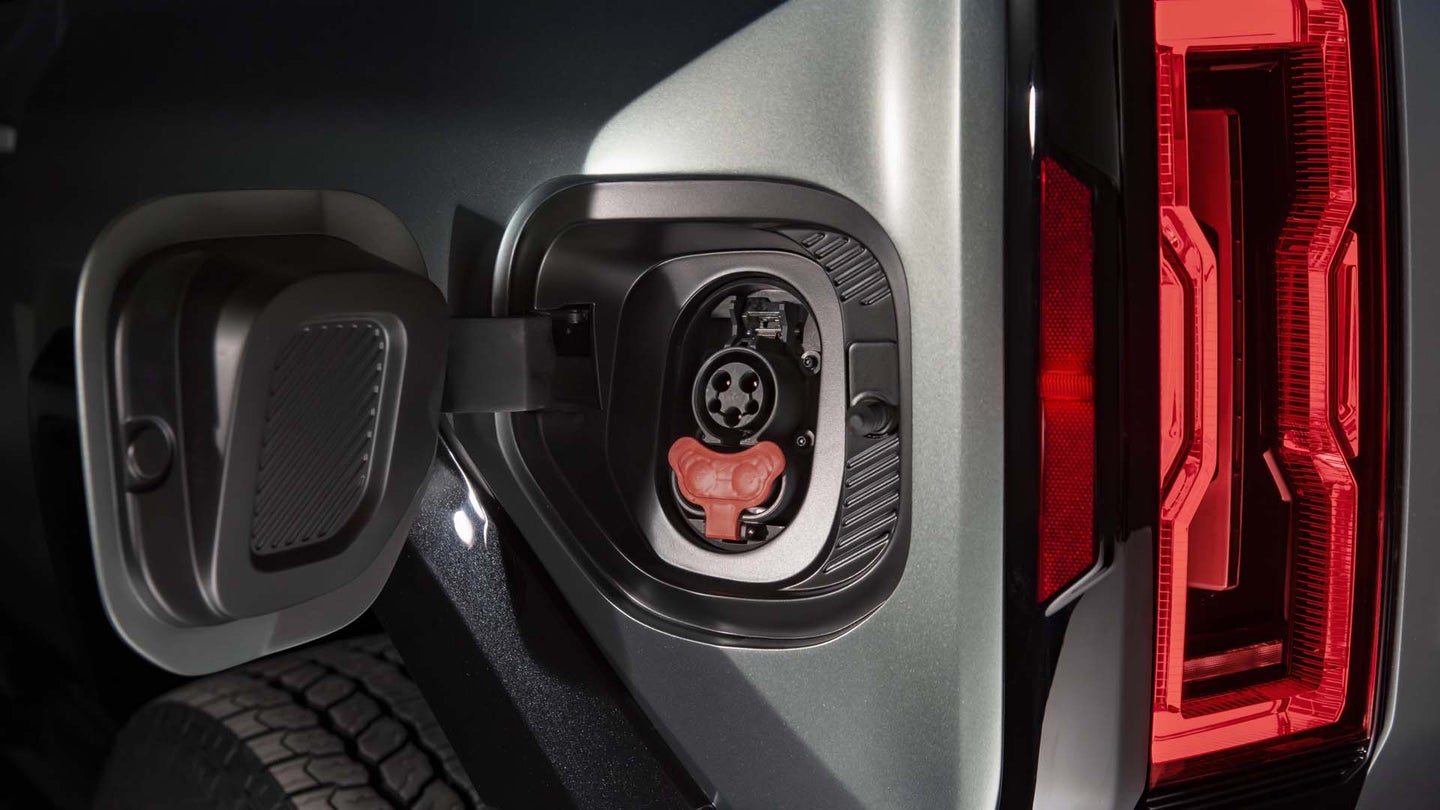 General Motors announced last week that it's making a roughly $750 million investment into electric vehicle charging but didn't really give any details about what that would actually entail. Now, though, the manufacturer has explained that the first step starts in 2022, with 40,000 public fast chargers being installed across the United States and Canada.

The chargers will be installed organically, GM says, to address what it calls "charging deserts" where communities are significantly under-served by public chargers. They're going to be GM's own Level 2 chargers, an Ultium design that uses J1772 ports and will be open for any compatible cars to use—and, where possible, for free.

The Drive spoke to GM's North America Director of EV Commercialization and Ecosystem Hoss Hassani about how the scheme would actually work; it's called the Dealer Community Charging Program and leans on GM's existing network of dealerships. GM says that almost 90 percent of the U.S. population lives within ten miles of one of its dealers. But the good news is, you won't have to have the fun experience of hanging out on a dealer lot to use them.

Of GM's 4,500-and-a-few dealerships across the U.S. and Canada, each one can request to become part of the program and GM has allocated roughly ten chargers per dealership. When the store is signed up, then GM will—with the dealer—identify good locations nearby to install chargers and work to get agreements with them.

"We want to put a focus on workplaces," Hassani told me. "Workplaces covers the gamut of companies we all buy products from to schools, hospitals and health care facilities and so forth. So workplaces is a very important category that we want to prioritize and then other areas that we're also prioritizing are recreational destinations, parks, sports and entertainment venues and so forth, places with high dwell times."

So you're not gonna have to sit there looking at a bunch of new Cadillacs and twiddling your thumbs while you charge your car. GM's logic is pretty simple: it wants to convince you to buy EVs. "The reason for prioritizing workplace within the parameters that we're setting is because we know that workplace charging can be a real consideration boost or adoption boost for customers who maybe don't have ready access to charging in their home."

Hassani said the focus for these chargers is to make them visible. GM's less worried about whether they're initially in heavy use—especially in areas with low EV adoption at present—than that people know they're there and can be used.

"Our objective is for these chargers to be highly visible, and we realize that in some communities, these things are not gonna have high usage in the first year of its installation, necessarily in some locations," Hassani explained. "Our expectation is that with strong visibility in the right locations, that it's going to give those dealers, the customers and the communities the confidence that EV charging is happening, is coming to our communities as well, it's not just a coastal phenomenon to make them feel more comfortable to buy EVs."

Which raises the question of how they're going to be maintained, since both intensively used and rarely used EV chargers have a habit of falling into disrepair and a shoddy charging network is a great way to raise customer wariness about adopting a battery-powered car. Hassani said that will be the responsibility of the dealership that applied to install them. "We're going to be standing up a network of partners that our dealers can use or they can work to have their own arrangement. So we're going to give dealers some options here if they want to use turnkey vendors who can take care of that or not," Hassani continued.

GM will also be monitoring how and how often the Ultium charges get used, which should flag any consistent maintenance issues centrally. "Importantly, these are all going to be networked chargers," Hassani told me. "So we're going to know things like uptime and usage and so forth, for all intents and purposes, in real time."

The installation is basically agnostic, dependent on which dealerships volunteer for the program first. That might lead to some chargers getting a real workout and some not at all. GM says it will review that and if sites don't work out then, clearly, the contracts with the places the chargers are installed might well find their time is up.

I asked if GM customers would get priority or a discount at the chargers and apparently that's not a concern. Hassani said that GM expects its market share alone to mean you won't be waiting in your Hummer while a Nissan Leaf tops up and that, since its expecting to make the kilowatts free for any customer at the locations, there's no need to offer a discount.

The scheme's set to run for three years until 2025. 40,000 new, public chargers that are good quality, well-maintained and monitored is a great boost to EV infrastructure and we'll start seeing next year exactly how it pans out in terms of installation.