Buckle down and binge watch the early prototype days of IMSA now on the series’ official YouTube channel. 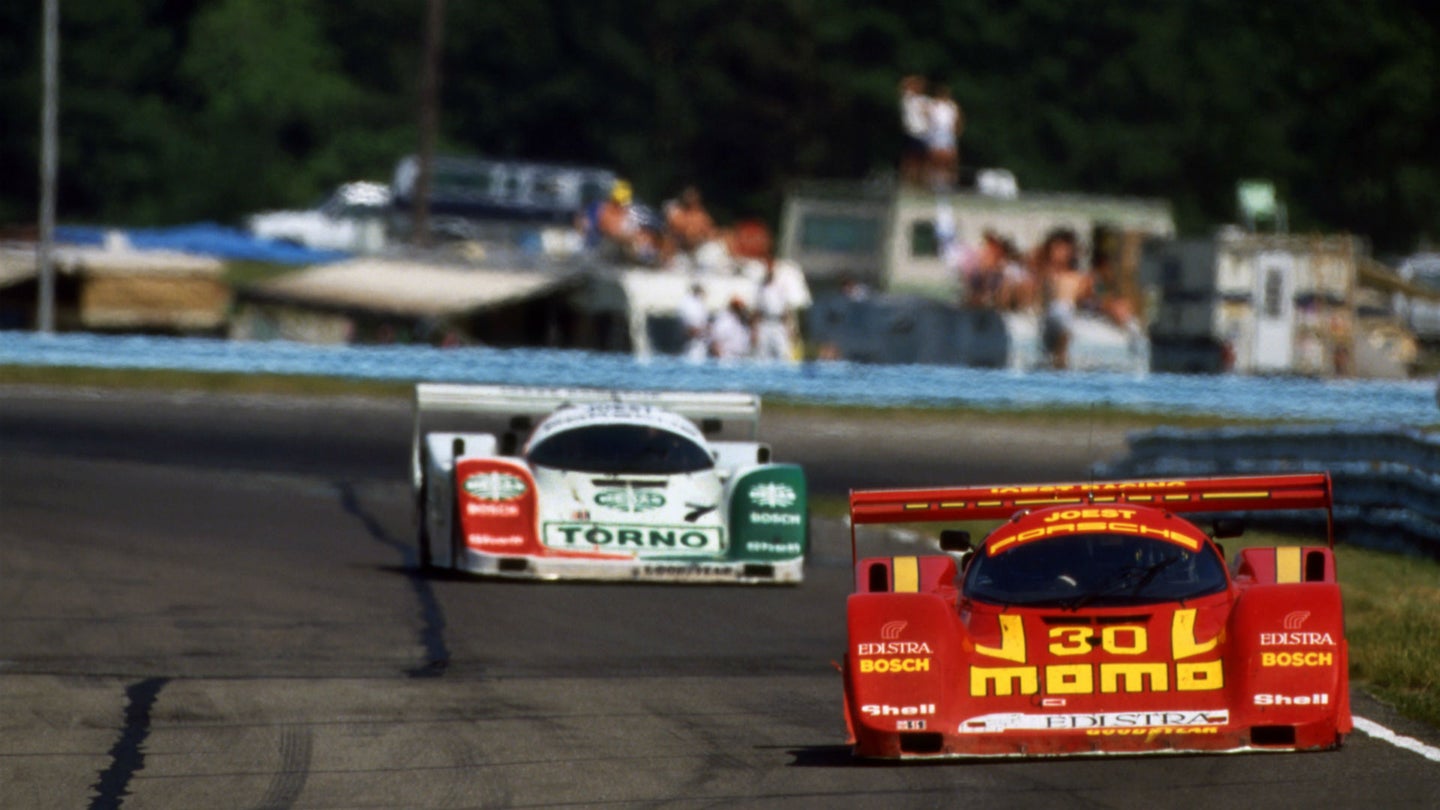 Plainly put, IMSA GTP was some of the greatest entertainment of its era. The late '80s and early '90s were wicked in terms of prototype efforts with the big boys from Jaguar, Mazda, and Porsche competing at tracks across the States for hardware. Turbos were aplenty in the category and the best drivers were there to pilot the cars against one another, cashing in on heaping handfuls of manufacturer money and a nationwide audience.

Now, 20+ years after the action stopped, IMSA has revived the precursor to modern prototype racing and added full-length videos of past events from Watkins Glen, Mid-Ohio, and more to its official YouTube channel.

The futuristic racers that took part in IMSA GTP were notoriously quick, often achieving speeds near 220 miles per hour. It included some of the winningest race cars in history, perhaps most notably the Porsche 962 and Mazda 787B, the latter being the only Japanese car to win at the 24 Hours of Le Mans.

Personalities like Derek Bell and Hans Stuck commandeered the category in its prime. Drivers from American and international competition dipped their toes in the GTP waters, further solidifying their legacies in the sportscar racing world.

This move will accompany IMSA's recent decision to establish a Roku channel which broadcasts a myriad of race content via the internet. There, you can catch live action from the IMSA WeatherTech Sportscar championship as well as various support series.

For a teaser, check out the clip below that includes a heated GTP race at Sears Point from the 1989 IMSA season. Check out the rest at IMSA's YouTube channel here.