Antifreeze is the liquid that saves your engine from overheating in high and low temperatures. Antifreeze liquid typically comes as a mixture of water and glycol chemicals that act as lubricants and anti-corrosion agents to keep your radiator in good condition. Read on for our breakdown of some of the best antifreeze the market has to offer. 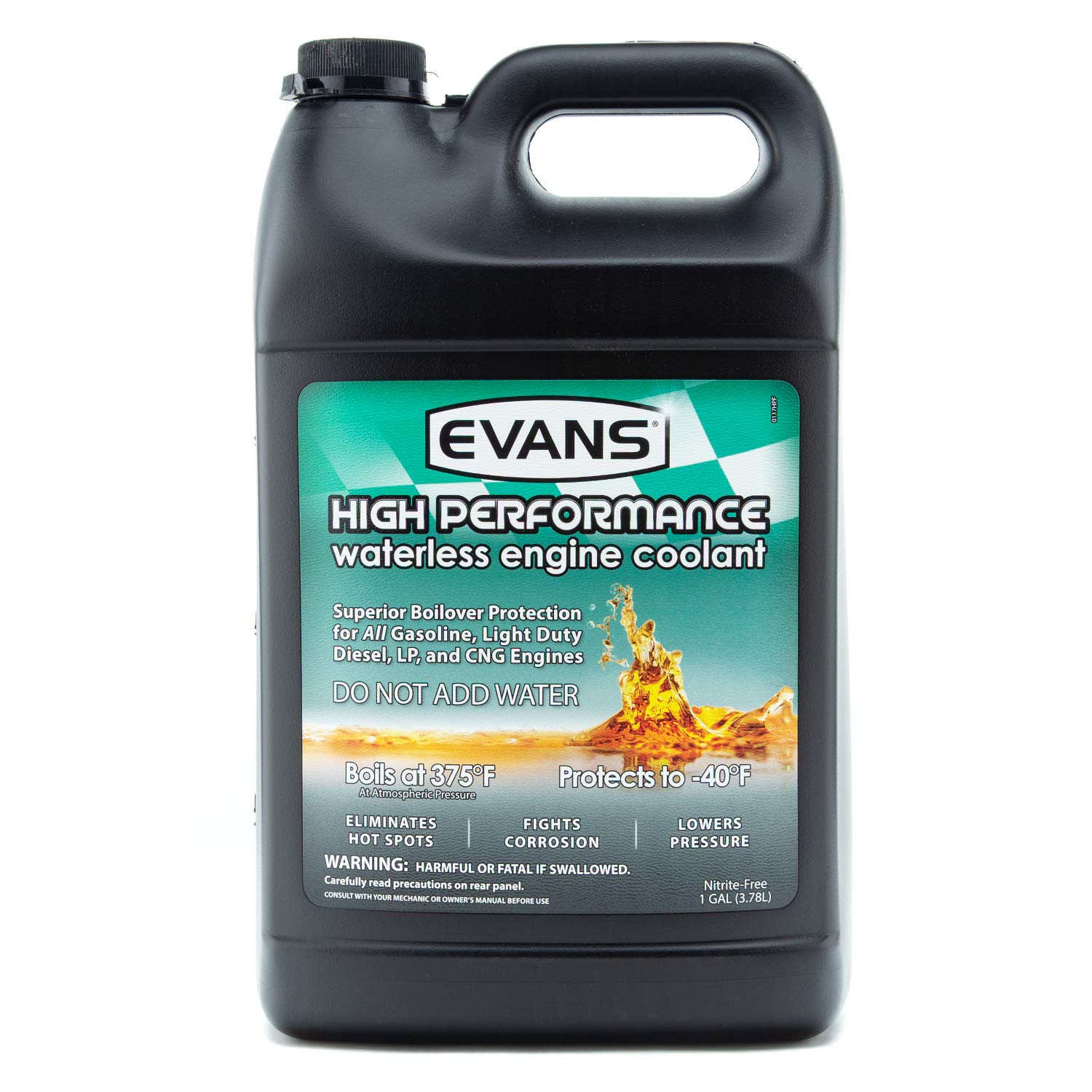 Check Latest Price
Summary
A universal antifreeze that is designed to work with nearly any car, sedan, SUV, or light-duty truck regardless of design or condition.
Pros
Formula contains high-mileage additives that are perfect for older, high-mileage vehicles.
Cons
Packaging sometimes has defects or damage that can lead to an unexpected leak.
Honorable Mention

Universal coolants are also known as 50/50 premix coolants. This is because they contain 50 percent demineralized water. Therefore, there is no need to dilute the solution before use. Universal coolants have low silica content to protect delicate parts of the engine and the radiator from corrosion.

Organic antifreeze is manufactured using Organic Acid Technology (OAT). Phosphates and silicates are eliminated from the liquid body, and the liquid is further formulated with corrosion inhibitors to prevent rust. This type of antifreeze is available in dark green, orange, pink, blue, and red. The service distance of a typical organic coolant is 150,000 miles, after which it should be replaced.

Inorganic antifreeze is formulated using Inorganic Acid Technology (IAT), and it contains ethylene glycol. It also contains silicates and phosphates, which could cause corrosion if not flushed out after a service distance of 30,000 miles. Inorganic coolants are suitable for older cars made from the early 1920s to the late 1990s. It comes in either yellow or green.

HOAT is an organic acid that includes silicates as additives. The silicates inhibit corrosion on the alloy parts of the engine. HOAT coolants have a service life of five years or 150,000 miles, after which they should be flushed out. This type of coolant is either yellow or orange.

Zerex is a brand that specializes in antifreeze and other car-care products. Zerex always has the best antifreeze ratings, which is why Valvoline acquired it in 1994. Valvoline is a worldwide supplier of premium brand motor oils, lubricants, and antifreeze coolants. It has over 150 years of experience in the automotive service industry and maintains Zerex Original Green Antifreeze as its best-selling product.

Evans holds the record as the best antifreeze brand since it’s the only manufacturer of waterless antifreeze coolants. OEMs and companies such as Rotax, Noble, Honda World MX Team, and Kubota use Evans coolants. One of its prime products is the Evans High-Performance Waterless Engine Coolant.

Star Brite is a leading manufacturer of car polishes, waxes, motor oils, fuel additives, and coolants, among other car-care products. Many of Star Brite’s products are eco-friendly and biodegradable. The company has a state-of-the-art manufacturing facility in Fort Lauderdale, Florida. One of Star Brite’s popular products is the Star Brite Star-Cool Premium Synthetic Engine Coolant.

Maxima Racing Oils is a manufacturer of high-performance oils, lubes, and coolants suitable for heavy-duty race cars. Their products aim to improve the performance of vehicles in high-stress situations. This road-racing brand has over 30 years of experience in the motorsport industry, and its headquarters are in Southern California. The Maxima Coolanol 50/50 Blend Coolant has a loyal following as it is a good ethylene glycol antifreeze for aluminum engines.

Most antifreeze coolants have additives that give extra properties to the lubricant to enhance its performance. A common additive is demineralized water that is formulated as a 50/50 mix. Ethylene glycol is also a popular additive, as it has a low freezing point and is cheap to produce. Silicates, phosphates, and propylene glycol are also non-toxic additives that prevent corrosion to the vehicle’s cooling system.

Evans High-Performance Coolant tops our list as the best antifreeze coolant due to its high performance as a water-free coolant. Eliminating water from its formulation makes the coolant more resistant to corrosion to give your engine a longer life. This antifreeze is a propylene glycol-based formula that is non-reactive and, therefore, doesn’t cause electrolysis or cavitation erosion issues. It is the best antifreeze for vehicles with overheating problems as it doesn’t create hot spots or engine knocks. This engine coolant has a high boiling point of 375 degrees Fahrenheit, meaning it won’t vaporize or cause boil over problems at that temperature. In case temperatures exceed its boiling point, this coolant will vaporize at a low pressure to reduce coolant loss and minimize strain on the car’s cooling system. In addition, it remains stable and maintains its liquid state at temperatures as low as -40 degrees Fahrenheit.

This antifreeze is expensive, however, and you need to convert your vehicle to a water-free coolant system which could take a long time. You would have to buy a water-free prep fluid to flush out the water-based coolant from the system. The cooling point is also lower than other high-performance coolants. This antifreeze is suitable for LP, CNG, gasoline, and light-duty diesel engines.

The MaxLife Valvoline Universal Antifreeze is about as close as you can get to not having to worry about finding the right antifreeze for your vehicle. Instead, the formula is designed to work with all makes and models with a slight focus on higher-mileage vehicles that need extra protection and lubrication. The high-mileage additives help to protect gaskets and seals from cold weather and hot temperature extremes. The formula also works on surrounding parts like the water pump. While the antifreeze itself is good, its packaging is prone to factory defects, often coming from the factory with damage that can lead to an unexpected leak.

Star Brite is a synthetic coolant tailored to resist the breakdown of components over time. It is an eco-friendly product and is also safe for metal engines like iron, aluminum, and copper. Star Brite lowers operating temperatures in the engine faster than most coolants. The manufacturer includes a PSV additive in its formulation to regulate the engine temperature and seal pinhole leaks. Star Brite is an OEM- and ASTM- approved the product and comes as a ready-to-use coolant. It does not contain any nitrate, borate, silicate, phosphate, or amine in its formulation. Moreover, the fact that it’s devoid of the aforementioned harsh compounds makes it safe for parts like seals, welds, and gaskets. Its sealing properties also make this antifreeze a great choice for preventing system failure.

The downside of this product is that it is more expensive than non-synthetic antifreeze. Moreover, its performance is limited with most BMW car models. BMW engines tend to overheat faster than other car models and need a BMW coolant with a higher boiling point than the Star Brite antifreeze. You cannot mix Star Brite with other antifreeze coolants, as it can be easily contaminated.

If you want a simple and easy to use antifreeze that delivers reliable and proven protection, the Valvoline Multi-Vehicle 50/50 Prediluted Ready-to-Use Antifreeze is perfect. Offered at a very competitive price point that makes it an even better value, this versatile antifreeze is recommended for use on all types of vehicles, including cars, trucks, ATVs, UTVs, motorcycles, dirt bikes, snowmobiles, scooters, boats, RVs, and more. It’s compatible with all mileages as well. This antifreeze is the only one that contains Alugard Plus, a specially formulated additive that allows it to be compatible with all colors of antifreeze to work together to provide optimum protection.

Not only does this antifreeze protect against frigid weather freezing and hot weather boil-overs, but it also serves to lubricate gaskets and seals, making it a great all-around protectant. It’s formulated with superior anti-corrosive properties and anti-scaling chemistry to help prolong the life of your vehicle.

Best for an RV

When it comes time to winterize your RV, the Camco RV Antifreeze Concentrate will provide all the strength and protection you need. This concentrate comes in an easy-to-measure bottle that makes dilution fast and simple. You get all the strength of a regular antifreeze with less weight. Thirty-six ounces of concentrate will make one gallon of antifreeze that is 100-percent biodegradable, non-toxic, and safe around pets and children as well as freshwater systems. This antifreeze can also be used to successfully and safely winterize boats, swimming pools, and vacation homes or mobile homes.

Q: How do I know when to change my coolant?

A: Change your coolant the moment it no longer feels slimy or slippery. That is an indication that the molecules have broken down, and the coolant has lost its anti-corrosion power. Alternatively, you could follow the manufacturer’s recommendation on when to change the coolant.

Q: What happens if I mix coolants?

A: The worst-case scenario would be an engine misfire due to reduced corrosion inhibitors, as mixed coolants tend to lose their properties. For instance, a water-less coolant won’t perform as well when mixed with an ethylene glycol coolant. However, some certain types of coolants can be mixed if they contain the same ingredients. The downside is that the engine performance will be relatively low compared to when a pure coolant is used.

Q: Why do antifreeze coolants come in different colors?

The best engine coolant that improves engine performance and has the best anti-rust and corrosion protection is the Evans High-Performance Waterless Engine Coolant.

Get the MaxLife Valvoline Universal Antifreeze/Coolant if you are on a budget.