He calls it 'one of the best cars on sale'. 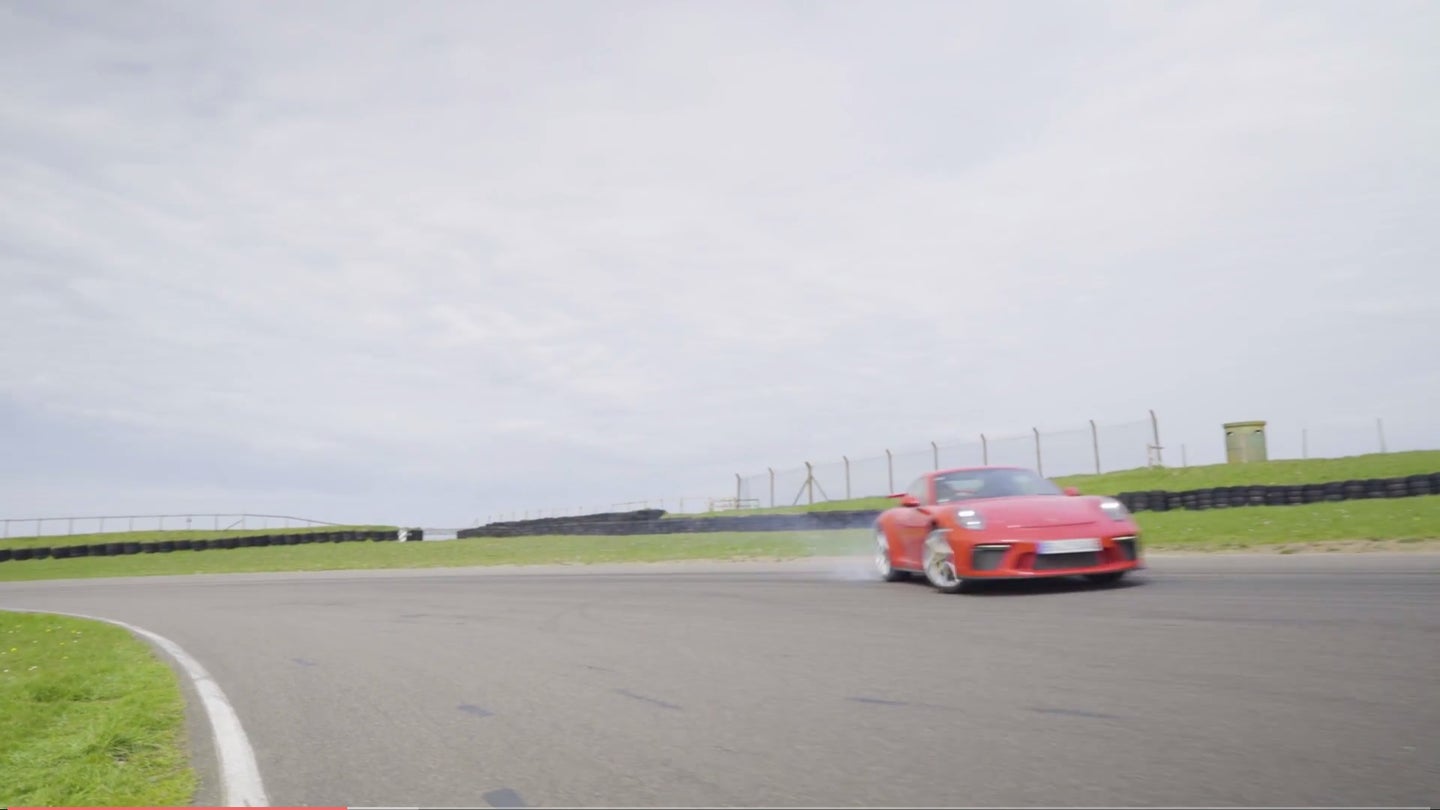 The thing we really enjoy about Chris Harris is his complete lack of filter when it comes to listing all of the things he dislikes about a car. You know when you're watching a Harris review that he's not going to pull any punches. Just watch his 718 Boxster review if you want to see that exact thing in action. That truthfulness is what makes this nearly completely positive review of the new 991.2 GT3 all the more valuable in the world of reviewers. Most of the folks who will drive this car won't be able to extract the most out of it, but Harris is on the very edge of performance at the drop of a hat.

With a new engine that has been called better than the quite similar one in the 911R doesn't produce any more power on paper, but it apparently makes up for it in mid-range usability thanks to a new intake flapper system. It's that "area under the curve" thing that car nerds occasionally talk about. While Porsche has committed to building the GT3 with a manual, they have not arrived yet and we're stuck wondering how good it'll be to row gears with that engine behind you. While we probably won't be sliding one of these around the track, mostly because we don't want the bill for those special Michelins like the ones Harris wrecked, we look forward to getting behind the wheel sometime in the near future. Hopefully with a row-your-own gearbox.

"Someone that wants this car as a thing you can use on the road, go to work in occasionally, and then drive to the Nurburgring, but doesn't want the RS that's a bit shouty. This is in a class of one. I just don't know what else you'd buy."

You can see Harris' full review over on TopGear.com. Trust us, it's worth the watch.