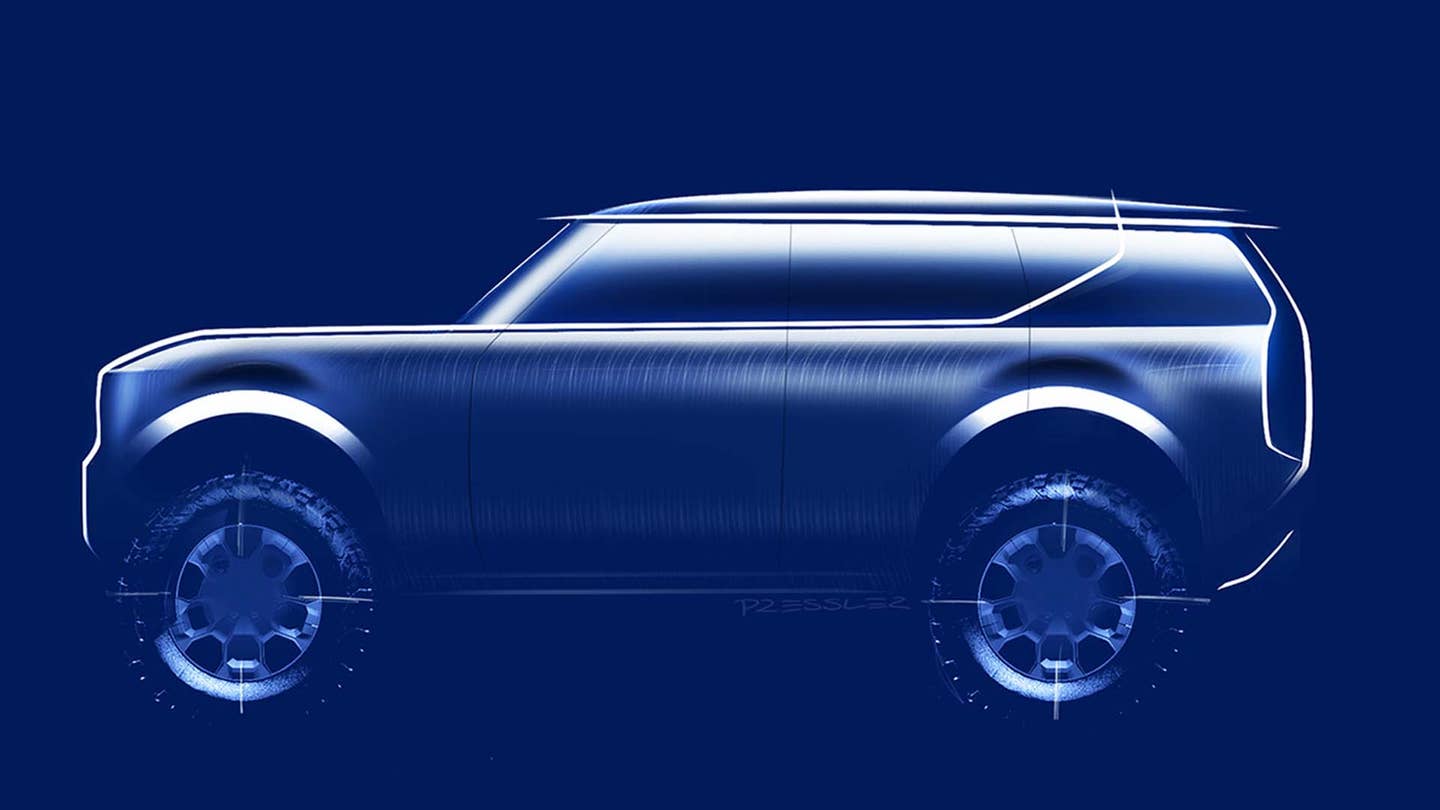 Whoever bet on Volkswagen actually reviving the Scout name is set to be filthy rich. The automaker confirmed Wednesday afternoon that it's launching an electric pickup truck and SUV in 2026, and yes, they're both coming to the United States. What a time to be alive.

Speculation on such a development started when VW acquired rights to the Scout name in 2021. It did so by merging its truck unit Traton with Navistar, the longtime parent company of International Harvester. Rumors of a rough-and-tumble Scout comeback were hot in September but died down until this week when TechCrunch said it was being voted on by the VW Group board today.

The decision was subsequently made and VW wasted no time blasting out the news. We don't know much about the pickup and SUV, though they'll be built on a "new technical platform concept." What's more, they'll be designed, engineered, and manufactured in the U.S. by what VW is describing as a separate, independent company. We'll see the first prototypes next year, though it'll be another three years before they reach production.

“After Volkswagen’s successful turnaround in the U.S., we are now taking the opportunity to further strengthen our position in one of the most significant growth markets for EVs," explained VW Group CEO Herbert Diess. "Electrification provides a historic opportunity to enter the highly attractive pick-up and R-SUV segment as a Group, underscoring our ambition to become a relevant player in the U.S. market.”

VW execs made headlines recently by saying they were "actively looking at" an electric pickup as they sought to become relevant again in America. This is the logical next step, and it seems to be a well-received one at that. Social media lit up on Tuesday when enthusiasts heard they might actually get a new Scout, and this news is set to send them soaring.

Pair this electric VW Scout—wow, that feels weird to say—with the forthcoming ID Buzz and we're slated for a total nostalgia trip. Hopefully for VW, people put their money where their mouth is and snatch 'em up. If anything, it'll be the perfect foil for the new Ford Bronco and maybe another sign that Chevy should beef up the Blazer EV.

VW Now Owns the Scout Name, Might Use It On an Electric Off-Road Truck

The German automaker could use the name once made famous by International Harvester.