Automakers are using more vegan leather in their products, and they’re mostly doing it right.

Vegan leather is in the news for being, well, plastic. Most of the alternatives offered by the fashion industry are petroleum-based products but the car industry, at least, might be getting it right in calling that more "sustainable" than animal skin.

A New York Times report last week pointed out the appetite for synthetic fabrics means the label "vegan" may imply "sustainable" when that isn't always the case. Vegan leather is usually made of plastics, which isn't renewable, and, along with other synthetic fabrics, can add to the build-up of ocean microplastics and the general plastic landfill burden.

One of the problems with fashion's use of vegan leather is that a lot of it is in so-called "fast" fashion: high turnover, cheap brands that source materials and labor as cheaply as possible and try to get us all on board with the celeb-style idea you can't be seen in the same thing twice. It's been effective, the fast fashion industry was worth $91 billion in 2021 and that's only going one way: up.

Cars and trucks aren't fast-fashion items, though. As much as automakers might want us to buy a new one this year (or not, given current shortages) the percentage of people who actually do that is infinitely smaller than the amount of us who buy new clothes once every few months. Even a Dacia is way more of an investment than yet another ASOS jumpsuit.

Particularly for electric vehicles, vegan leather is pretty fashionable for automakers to offer. All Tesla's cars are animal leather-free and the Rivian R1T, the Hummer EV and the Volvo C40 Recharge all only offer vegan leather, while other EVs like the Mazda MX-30 have it as an option. All of them make it from plastics, which ultimately means using oil.

The thing is, everyone's a lobbyist here. Leather farmers say that the oil is worse, oil companies say that there's a sustainability argument to synthetics, and natural fiber farmers and processors say that they're both wrong. Automakers use leather more than the fashion industry—leather fell out of favor a while back. So there's a strong argument that for cars at least, plastic is fantastic. Or at least, the lesser of two evils here.

Last year, the New York Times reported that large amounts of Amazon are being deforested to use to raise cattle, including specifically for Brazil's extensive leather industry. And that leather shows up in a lot of luxury cars.

SUVs are incredibly bad for the environment for many reasons. They're completely canceling out any CO2 that's been saved by electrification; they're forcing tire companies to make haulage-grade rubber for cars because they weigh so much; and, it turns out they are also destroying the Amazon. Or more accurately: Our insatiable lust for more and more expensive SUVs is doing that damage.

A 2019 report listed Ford and General Motors among 43 companies worldwide that could make a meaningful impact to deforestation if they avoided using leather from deforested areas. At the time, the report said, no U.S. or European country had policies in place to ensure its leather goods would come from a more sustainable source.

Ford's 2020 sustainability report mentions deforestation in the context of rubber sourcing but doesn't talk about leather at all. That's repeated in its recently-released 2021 sustainability document. GM has had a policy about deforestation for rubber since 2017 but appears to, also, not have one around leather. (I'll update this space if either company comments on this story.)

But cars might be getting the equation right where fast fashion isn't: although oil to make plastic interiors is not renewable or sustainable, the environmental impact of a few hundred barrels of crude oil is a more manageable loss than a hectare of rainforest. Oil isn't burned when it's being made into plastic, which means it doesn't release (as much) carbon as gasoline. And we don't tend to just drive a truck once and throw it into landfill, so the plastic is a more contained problem.

There's hope on the horizon. The Mercedes Vision EQXX uses a cactus leather in its interior, made by a company called Deserttex that's also partnering with BMW to develop concepts. Synthetic leather beyond oil does exist, it's just expensive compared to the plastic stuff. But then, leather's always been expensive as an interior option so replacing like for like is much easier than tripling the price of those gold lamé hotpants you've got in your ASOS basket. 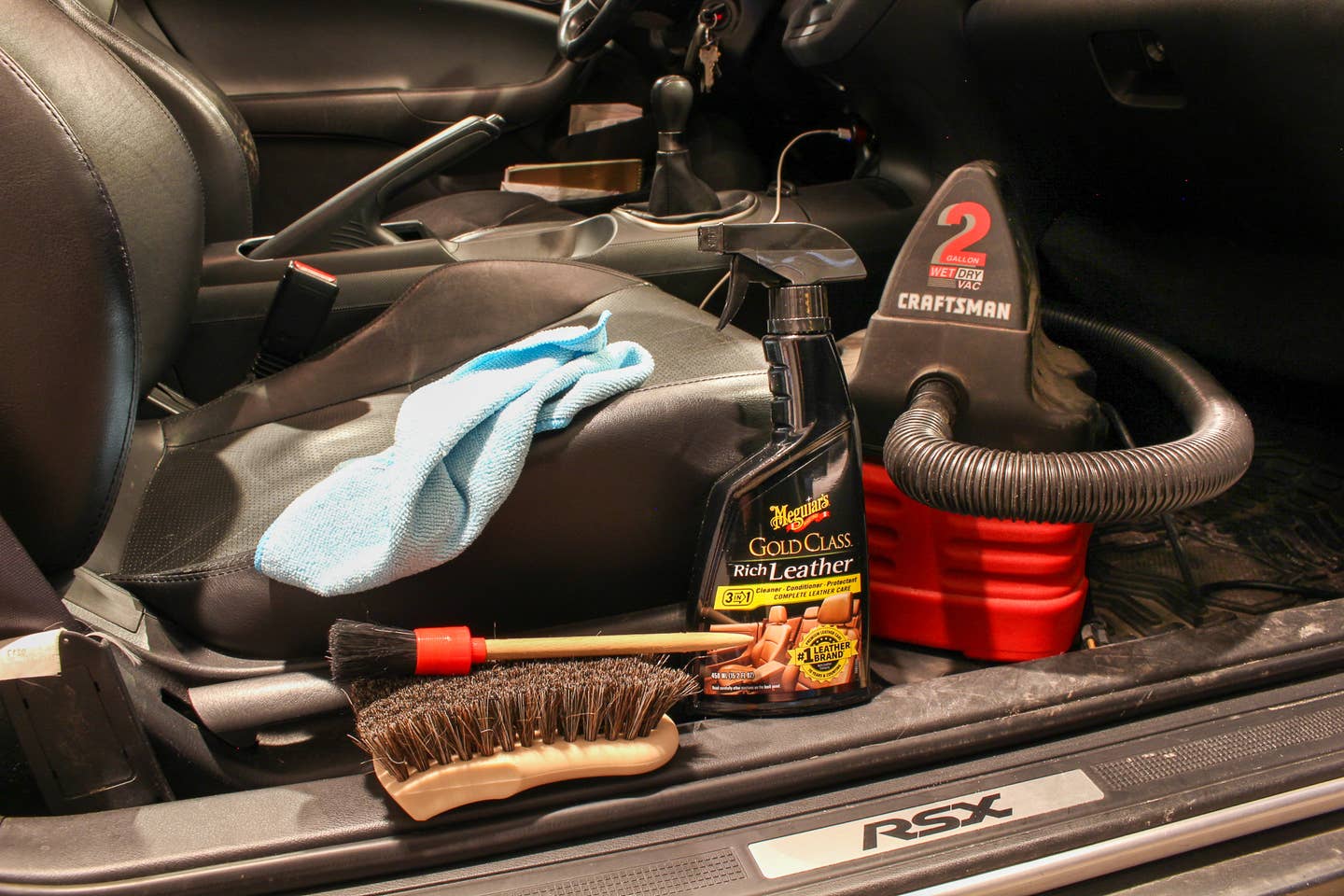 It’s not complicated, I swear. 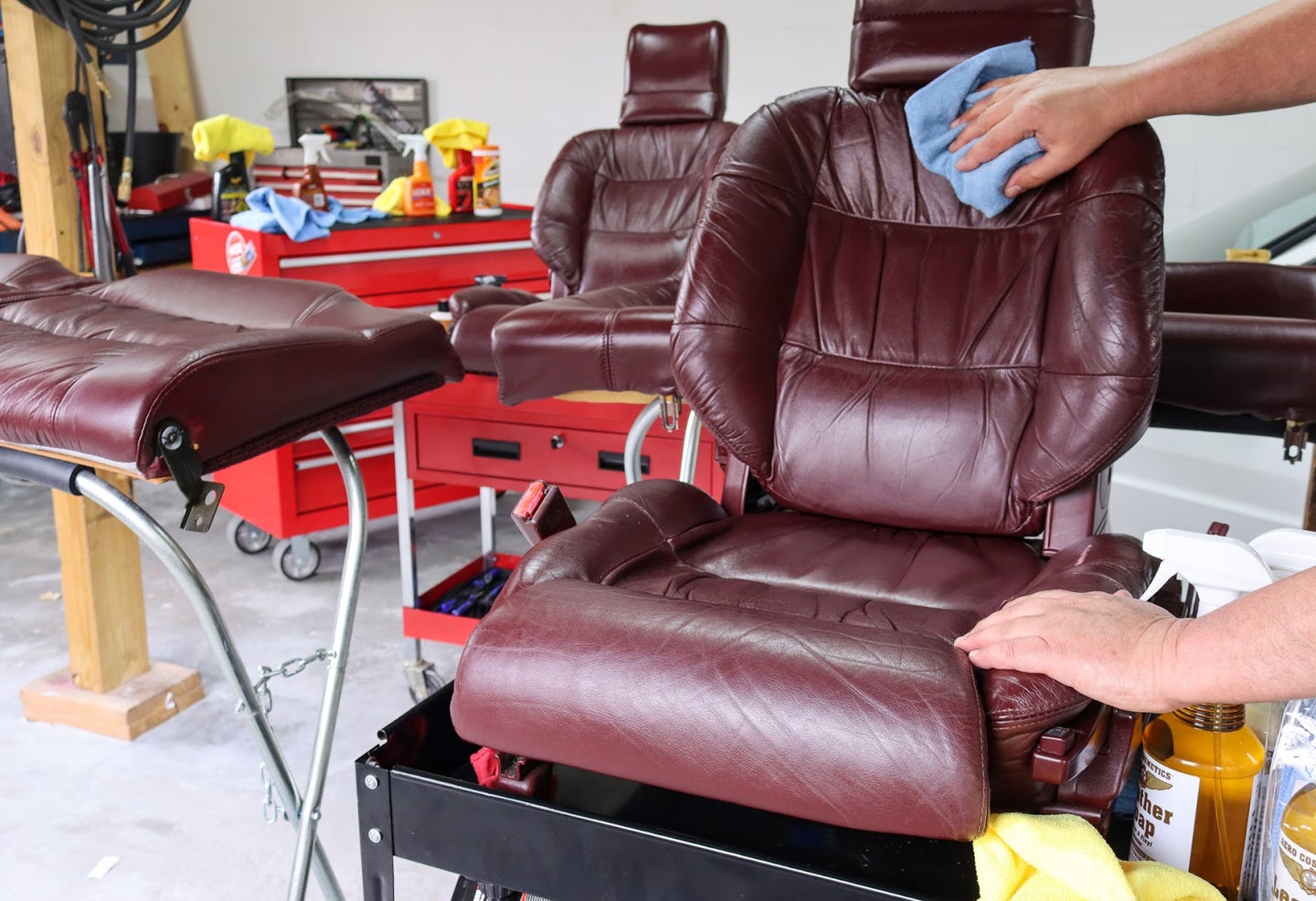 Bring your leather back to its former glory with one of these stellar leather conditioners. 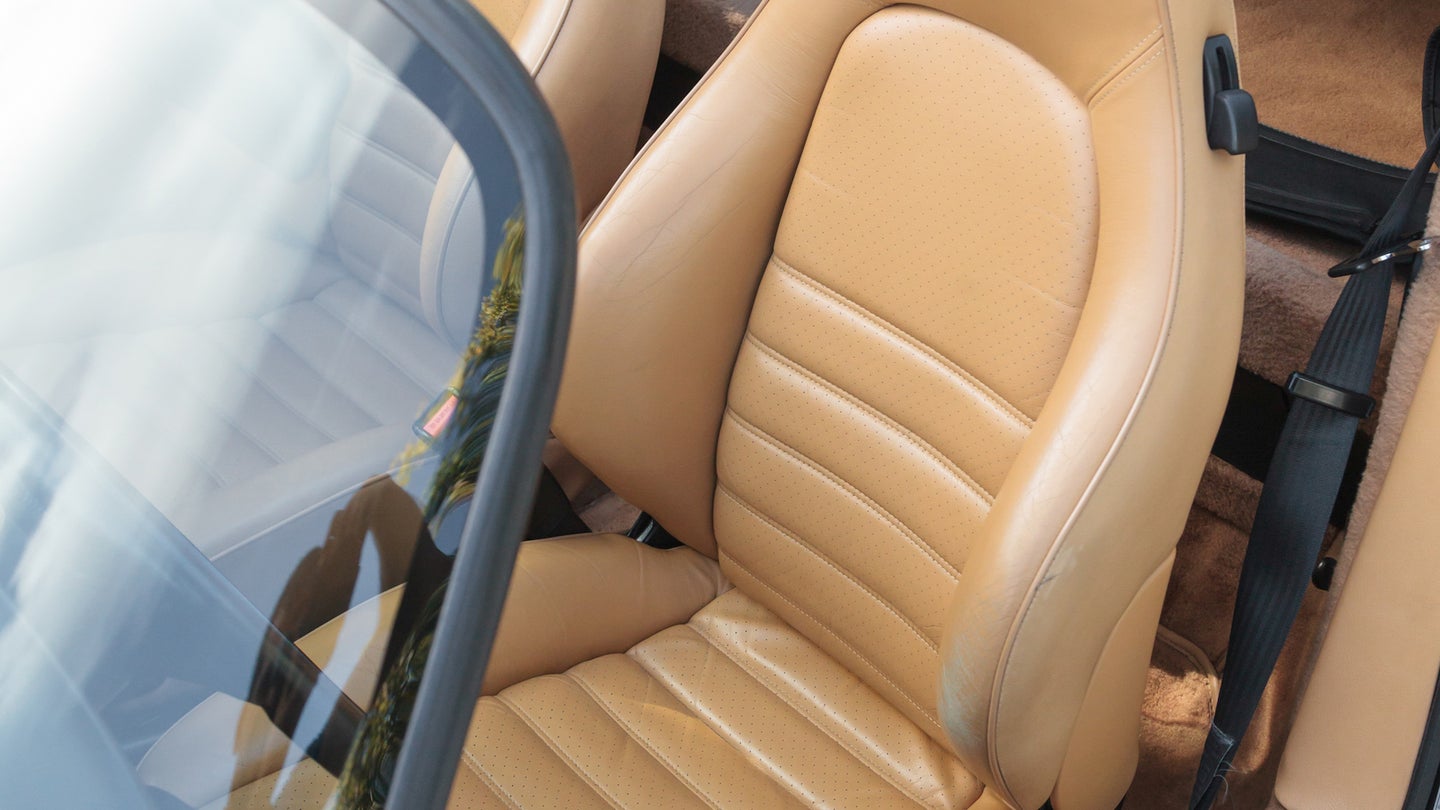 Leatherette Vs Leather: What are the Pros and Cons?

Synthetic leathers have become just as good as the real thing