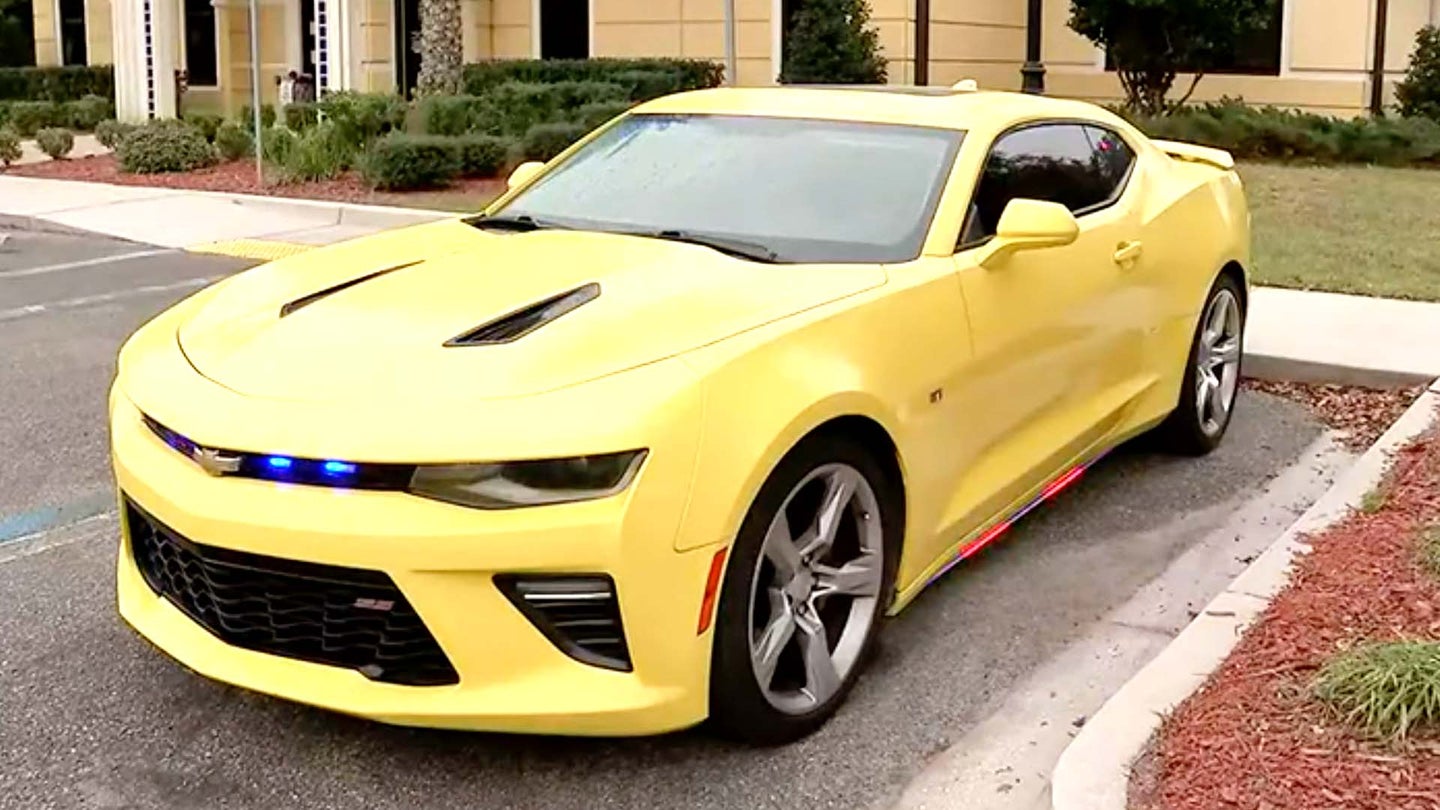 A car dealership employee in Jacksonville, Florida, has been fired and arrested after impersonating a police officer in a Chevy Camaro. The muscle car was reportedly getting a set of police lights installed at Duval Ford when it was taken for a spin by the worker who used the vehicle to pull somebody over. This is, of course, very illegal, and the driver is now in serious trouble.

As explained by Action News Jax, the yellow Chevy Camaro was being upfitted for use by the nearby Green Cove Springs Police Department when the incident occurred. The driver of the vehicle, after pulling over a car, was spotted by Jacksonville police. The officer, unaware that anything fishy was going on, began to slow down and pull behind the Camaro to assist with the situation. As soon as he did, though, the Chevy took off. The Jacksonville cop considered this suspicious, ran the plates of the vehicle, and discovered after some digging that it was being driven by an employee from Duval Ford at the time.

The employee, aged 42, is now facing charges of unlawful use of blue lights and false impersonation of officials, the latter of which is a felony. Speaking to Automotive News, the president of Duval Ford, Alex Graham, said the business "fully cooperated with the Jacksonville Sheriff's Office" when it came to getting to the bottom of the situation.

As for why a Camaro was taken to a Ford dealer to get police lights installed, it was probably just a matter of convenience. Plenty of other muscle cars are used as interceptors, too. Arizona cops have Dodge Challengers and Texas police have unmarked Camaros, but outdoing all of these agencies is the Italian police, which has at least one Lamborghini Huracan used to deliver organs transplants.

So if you didn't know already, don't use the cop-spec Camaro sitting around in the dealer's shop to pull somebody over. It's not only a bad idea, it's a felony.

The driver is now facing the music of an out-of-commission car and reckless driving charges.

The end of an era.