Arizona Cop Pulls Over ‘Nun’ in Traffic Stop, Discovers $90,000 Worth of Fentanyl

Or, as it turns out, enough to deliver a lethal dose to 1.9 million people. 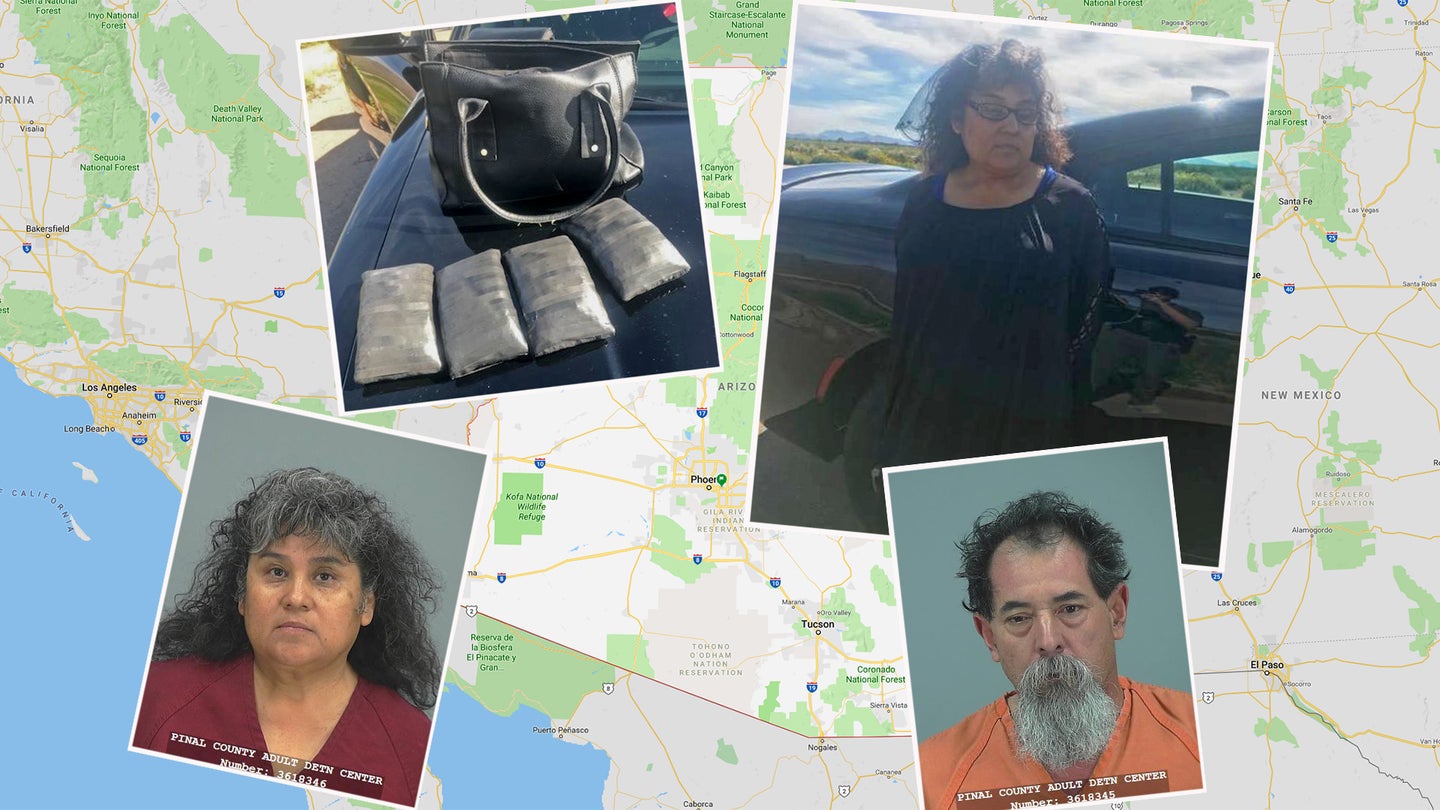 Hey, Whoopi: If you happen to be looking for a plot for Sister Act 3, this might be a decent place to start. On Monday, police in Pinal County, Arizona pulled over a vehicle whose occupants included what appeared to be a nun...only to discover the "nun" was actually smuggling eight and a half pounds of the powerful narcotic fentanyl.

According to a post on the Pinal County Sheriff's Office Facebook page, at around 2pm local time on March 4th, a K-9 unit deputy pulled over a passenger vehicle on Interstate 10 for both moving and equipment violations of an unmentioned nature, only to find married couple Jose Aguilar Diaz and Esther Gomez De Aguilar inside—the latter dressed like a nun. The post states that "the deputy noticed several suspicious circumstances"—perhaps including the fact that nuns can't be married—and proceeded to search the vehicle.

At which point, said deputy found what can be described as a crap-ton of fentanyl.

The deputy found four bundles of what turned out to be fentanyl pills in De Aguilar's purse, according to the sheriff's office, as well as two more packets of fentanyl powder hidden under her clothing. The total came to eight and a half pounds of the drug, police said, with an estimated value of $90,000.

Fentanyl, in case you've been posted up under a boulder on Mars for the last five years, is a synthetic opioid originally developed as a transdermal pain reliever for cancer patients that can be up to 100 times more potent than morphine, according to the DEA. While it is still used medicinally, its potency has made it a popular recreational drug, either on its own or mixed in with other narcotics like heroin. It's also believed to be responsible for more overdoses in American than any other drug, according to the CDC, with more than 18,000 deaths attributed to it in 2016.

A mere 2 milligrams of the drug is enough to kill a human, according to the DEA. Which means, properly distributed, De Aguilar's 8.5 pounds of fentanyl could theoretically kill as many as 1,928,000 people. (Obviously, that would be a very unlikely scenario, but it's still an arresting factoid.)

“Fentanyl is extremely dangerous. All it takes is the equivalent of 4-5 grains the size of sand to kill you," Pinal County Sheriff Mark Lamb said. "This is another win for the K-9 deputies and we thank them for their efforts in keeping our community and Arizona safe.”

He had an intricate, organized syndicate for drug deliveries using UAVs while serving his own sentence.