Out of 100 primates bound for the lab, a handful made their escape. One remains on the lam. 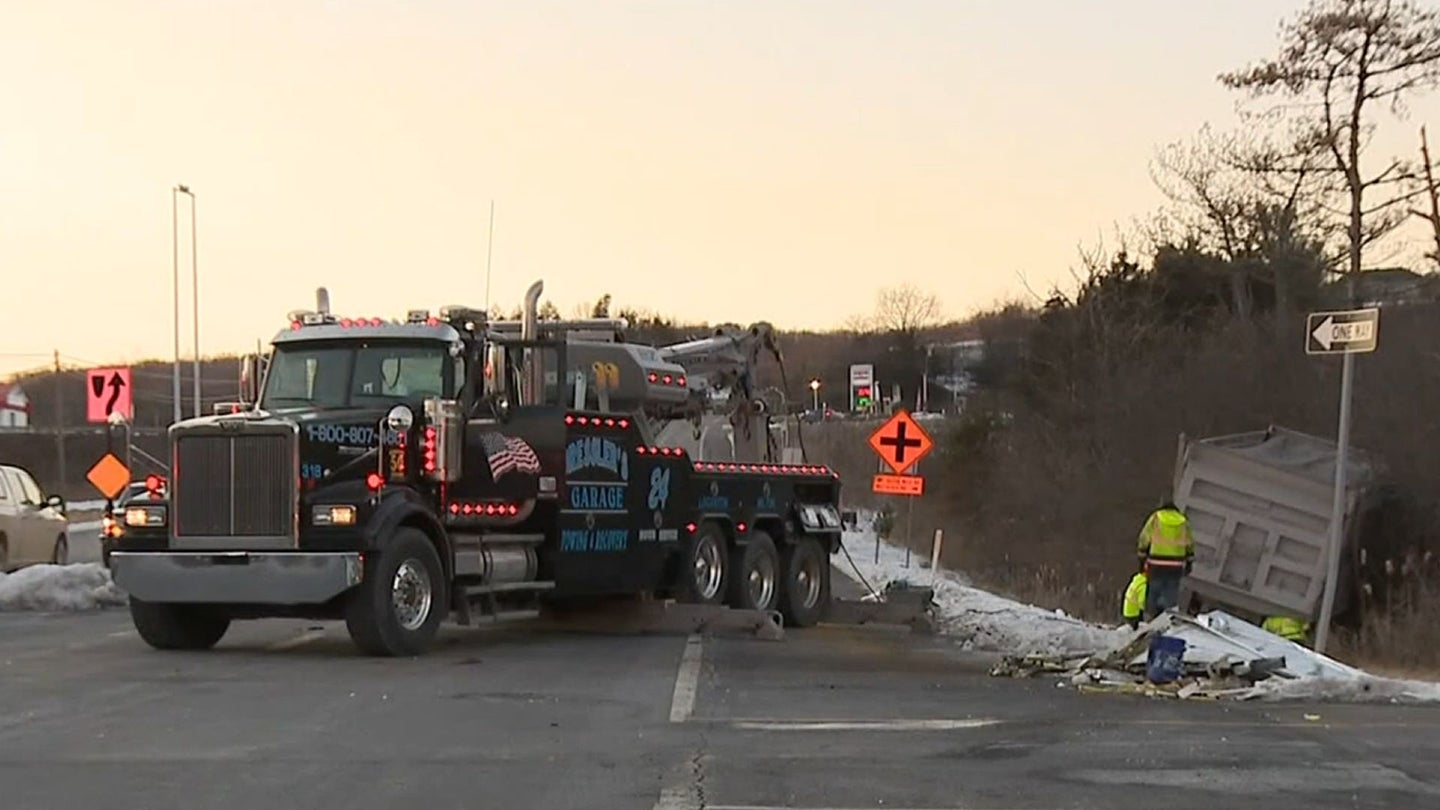 About two and a half hours northwest of Philadelphia near Interstate 80, a truck loaded with monkeys attempted to cross highway 54. According to a local eyewitness, a dump truck hit the trailer and both vehicles skidded off the road, stopping at a tree. More than a dozen crates were dropped from the trailer, and some monkeys grabbed their chance to disappear into the woods.

Reports vary, but out of 100 monkeys, about a handful made their escape. In photos, broken LabDiet animal feed bags litter the highway and crates labeled "live animals" are scattered randomly across the scene.

WNEP news interviewed the witness, who had been traveling behind the transport truck. She told the reporter that she was told the truck was hauling cats. And in a somewhat ill-advised move, the eyewitness stuck her finger in one of the crates and said, “kitty kitty” when she discovered these packages weren’t filled with felines. They contained about 100 monkeys headed for a lab.

Just outside of Danville, Pennsylvania, Route 54 was shut down for about three hours while the Pennsylvania State Police cleaned up the debris from the crash. Monkeys aren't standard fare in rural Pennsylvania. Local news reported shots were fired during the monkey hunt, but no human or animal injuries were reported.

If you happen to live in the area, officials are advising to avoid searching for the remaining monkey. Call 911 and don't try to capture it yourself. Definitely don't offer it a hand or finger to nibble on.

Between the (not so) Great Monkey Escape of 2022 and the Superload traveling across the state, Pennsylvanians are seeing some interesting action so far this year. I can't help but root for the primates in this story. Maybe Disney should think about buying the rights to their story.

It’s a lesson to stay in control when driving a powerful car on a slick road.

You’re going to want to steer clear of this slow-moving beast.