That's a Non for Peugeot's Return to North America 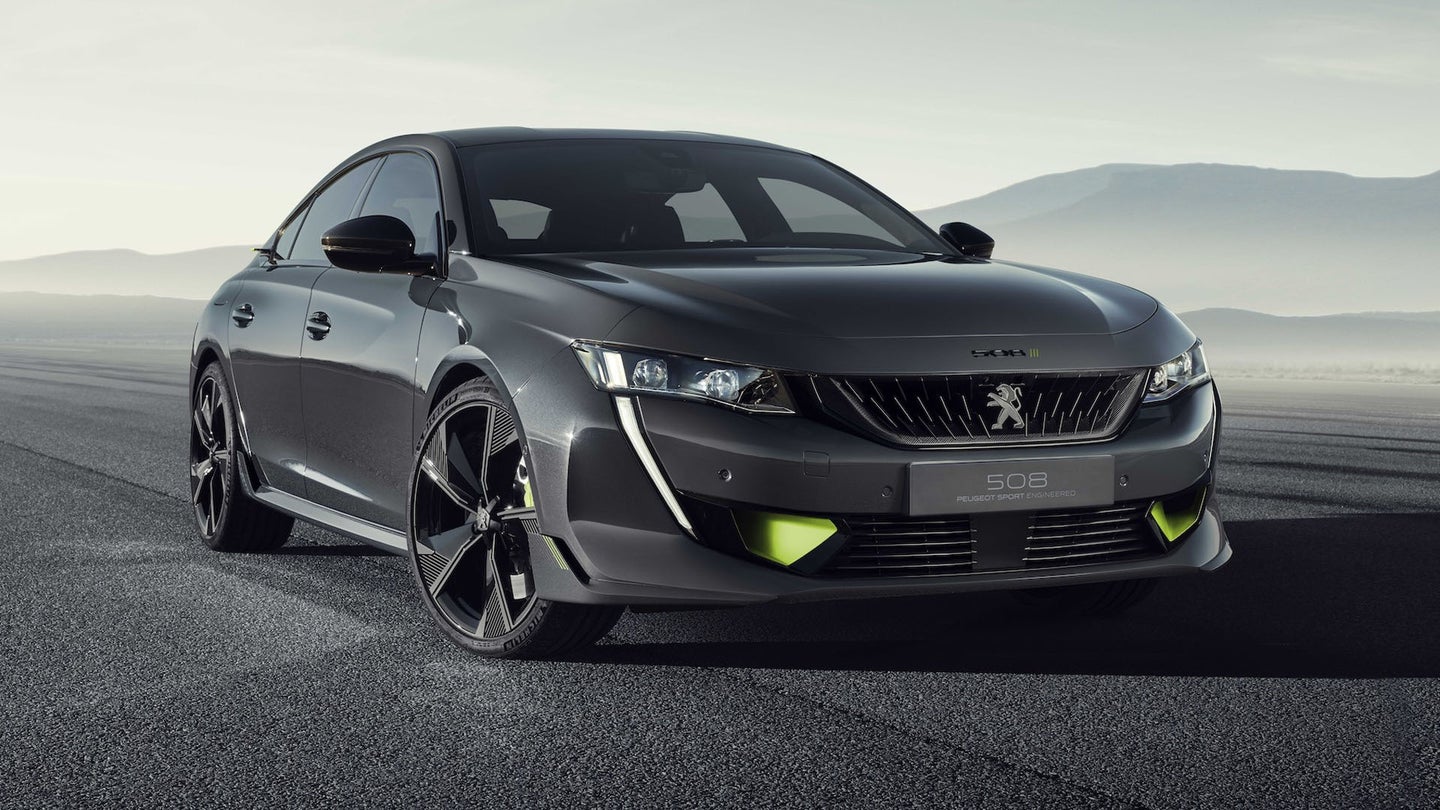 Just a few weeks ago, you could think to yourself, "Man, isn't it gonna be great when the newly-formed Stellantis sends all its weird French cars to American shores?" We hadn't quite scheduled a party here at The Drive, but we were getting close.

Unfortunately, however, it seems like the world's fourth-largest automaker is now doing a bit of backtracking. As Automotive News reports, Stellantis no longer intends to bring the French brand Peugeot back to the U.S., despite previous plans to do so.

This has become clear not only because a Stellantis spokesperson said the automaker plans to "focus on existing brands" in the U.S. market, but also due to a leadership shakeup that makes the situation abundantly clear. Stellantis executive Larry Dominique has been planning the return of Peugeot to the U.S. since 2017, but now he's been taken off that assignment completely, becoming the North American head of Alfa Romeo.

Before merging with FCA to become Stellantis, French company PSA had long-term plans of importing cars to the U.S. to escape the stagnant European market. The auto group was working internally to prepare cars for sale in the U.S., going as far as to import at least one 508 sedan in 2019 to... show it off at a Cars and Coffee. These actions clearly showed intent; however, now it's unlikely these plans will ever bear any fruit.

Although it's disappointing that we won't be getting any new French cars under the Peugeot badge, this move is understandable. As it happens, Alfa Romeo sales are pretty blah stateside, so instead of taking the time to re-introduce a long-forgotten brand to a "new" market, it arguably makes more sense to attempt to bolster the sales of one which is already established.

And indeed, Stellantis claims that what it learned trying to re-launch Peugeot will be not be wasted. In a somewhat ambiguous statement, the automaker's CEO Carlos Tavares says that the effort "[brought] us many ideas in terms of logistics, in terms of maintenance, in terms of the distribution model, in terms of marketing communication." That sounds like a pretty good rebound from the news that ambitious plans aren't going to pan out, but how that new knowledge will be applied to Alfa Romeo is still currently a big question mark.