The future we should’ve gotten. 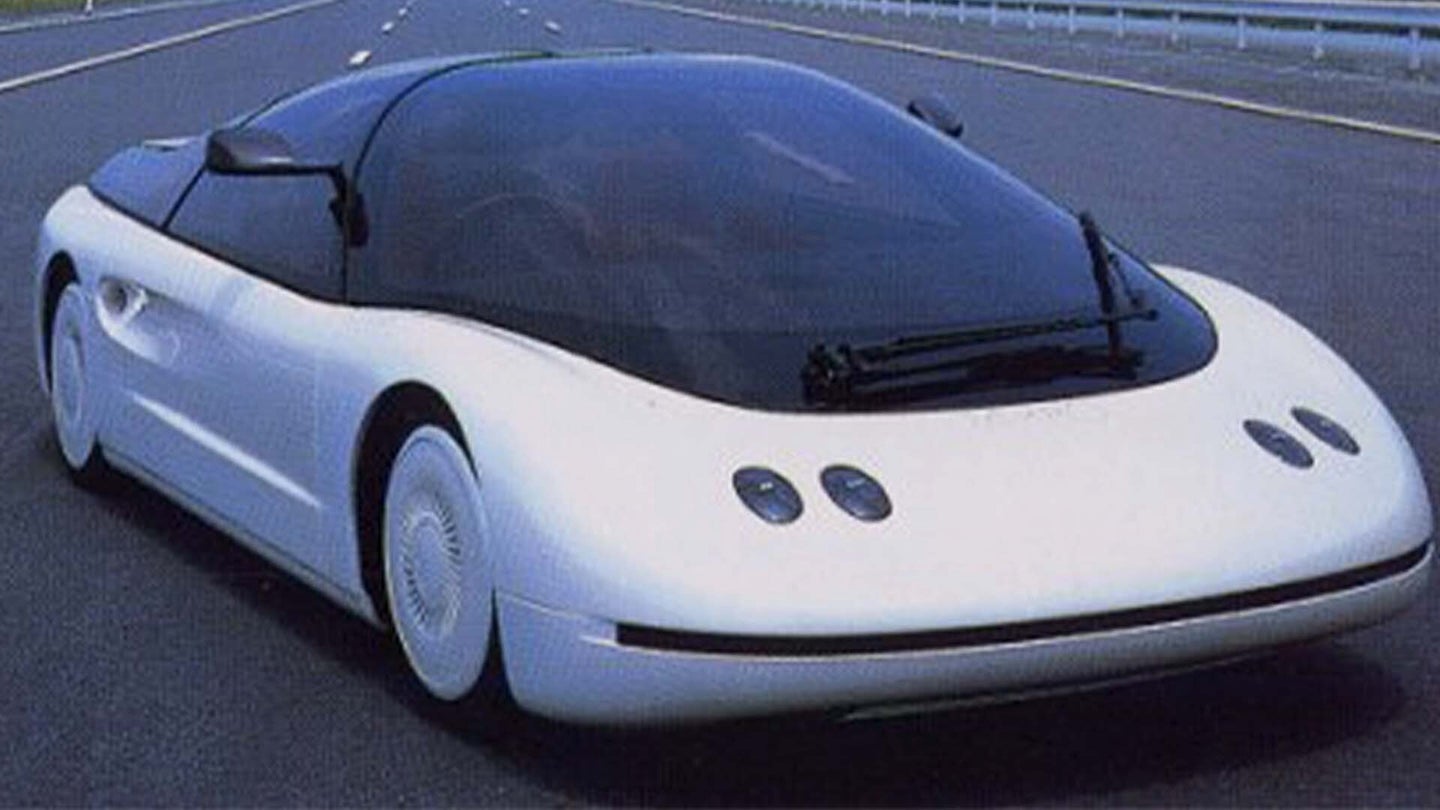 I already own a suspiciously aerodynamic, semi-vintage car and I don't want her to get the feeling that I'm thinking about other cars. However, I'm constantly visited by extreme desires, and maybe it's time I confess: I dream of sitting in the driver's seat of the 1987 Daihatsu TA-X80, and that will likely never stop until it is achieved.

Two crucial things happened in early 1987. One, I was born, which is important for this story to exist. Two, the Daihatsu TA-X80 was unveiled at the Tokyo Motor Show. Daihatsu still rolls out good stuff at what's now called the Tokyo Auto Salon, rocking up in recent years with an array of kei cars cute enough to make you lose your actual mind. But back in the late '80s, the combination of a threat of nuclear water and an asset price bubble that made people rich in Japan turned Daihatsu's ambitions more seductive.

The TA-X80 is a two-seater sports car concept that looks so good I struggle to think about other cars. The panoramic smoothness of the bubble top makes up for the fact the rear looks halfway to a pickup truck, and the plasticky bodywork could've been fitted by Elon Musk himself. The scoop of the door handles probably isn't even very aerodynamic unless it's feeding into the rear brake ducts or something, but considering it's a concept car that never made it on the road, it's best to think of it as a strange curio that almost anything could be true about.

Daihatsu came up with some other concepts in 1987, an early riff on the Rocky SUV and a version of the Mira van but they simply didn't look like freaky little friends the same way the TA-X80 did. Chronically underpowered, presumably, its top speed was a pretty conservative 155 mph and it's hard to imagine a concept more exclusively designed for auto shows than the recent trend for steering-wheel-less autonomous ideawagons.

The TA-X80, sadly, didn't really feed into anything. It just appeared like a beautiful, bubbly mayfly and then was gone from the Daihatsu concept library in favor of things it might actually sell. Now, Daihatsu makes adorable tiny vans and kei cars—and while the TA-X80 wasn't exactly big at 153 inches long—it is definitely a few sizes up on most of its 2021 siblings.

Still, just look at it. Think of the sunset streaking pink across the sky, all 128 horsepower from its 1.0-liter, turbocharged V6 stretching like the shadows down the open road, the radio crackling to life in what passed for an infotainment deck back then, and an '80s classic fills the interior as we drive into the night.