Guess you could call it a Mustang Mar-E-Kay. 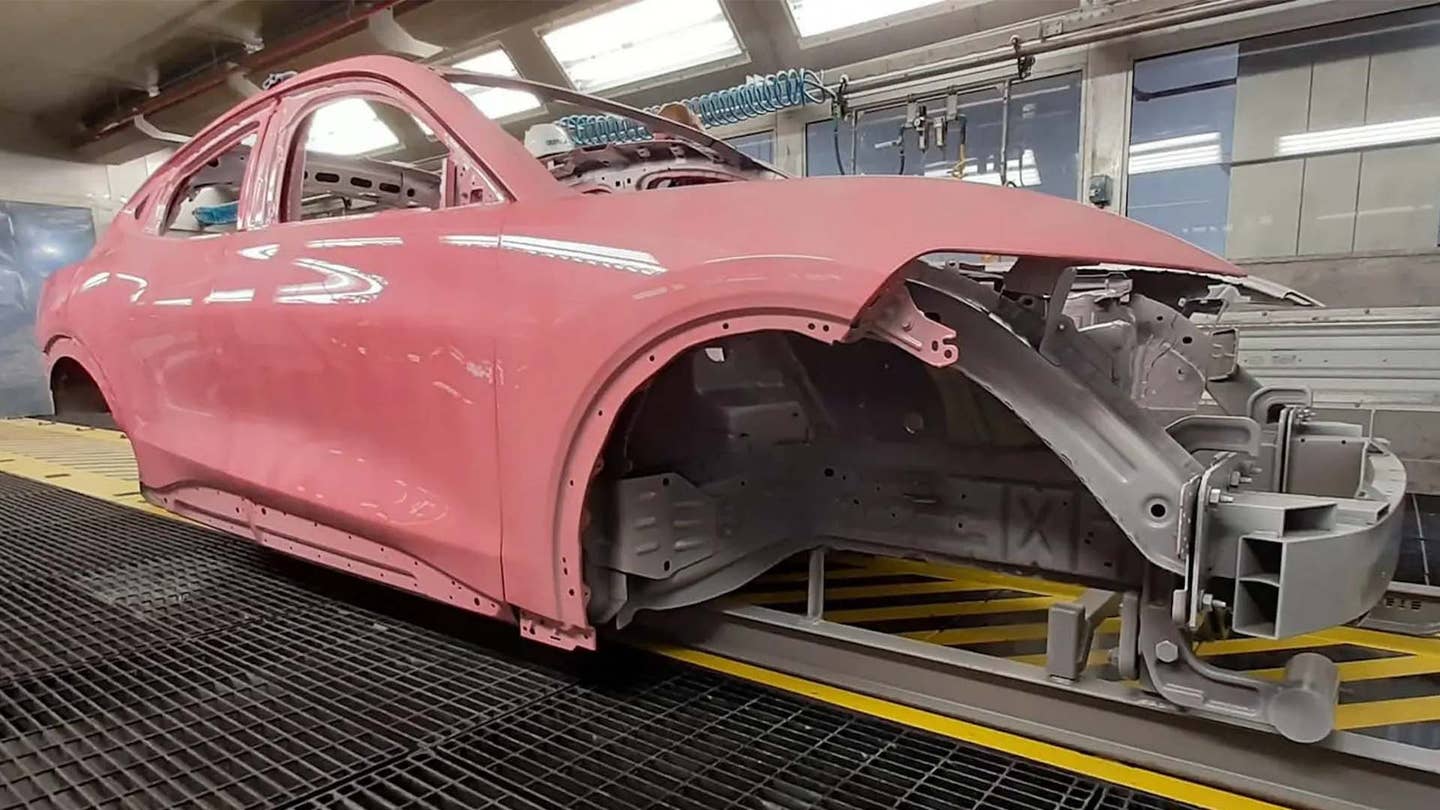 More wacky stuff goes on behind the scenes at car companies than you can possibly imagine. Most of those hijinks happen during pre-production, with everything from nitrous installed on hand-built prototypes to the abuse of robotic butts. Or, as was the case for the Ford Mustang Mach-E, wacky paint colors, like the one-off pink example produced in Ford's paint shops by accident.

Proof of the pink Mach-E's existence was shared with me by a reader, who snapped these photos while working in a Ford paint shop as the Mach-E was in early pre-production. He explained that the pink paint resulted from "mixing white base coat with the red clear coat after not purging the [paint] nozzles correctly," producing a bubblegum pink car that we're not likely to ever see offered from the factory.

"I thought the color was dope, especially up close, the mix of pearl white and metallic red really popped," said the source, who wished to remain unnamed. "Loved the candy-like appearance to be honest."

They added that because this particular car was a pre-production chassis, it wound up being repeatedly repainted for weeks on end as part of the paint's testing phase. They told me, however, that this produced no other franken-colors—there's no secret stash of Easter egg-colored Mach-Es. While it's common for prototypes like this to be crushed after testing, they said Ford policy may have allowed this Mach-E to be completed as a display unit, or sold at discount to an employee.

In other words, there may be some chance this car is out there somewhere. It isn't still pink, mind you, and hasn't been since 2020 when these photos were taken. But whether it's pink at heart, Ford blue, or another color entirely, I love it regardless and want it to be happy wherever it is today.