The fireboxes have gone dark as Chinese authorities begin dismantling what was the world’s final full-time user of steam power. 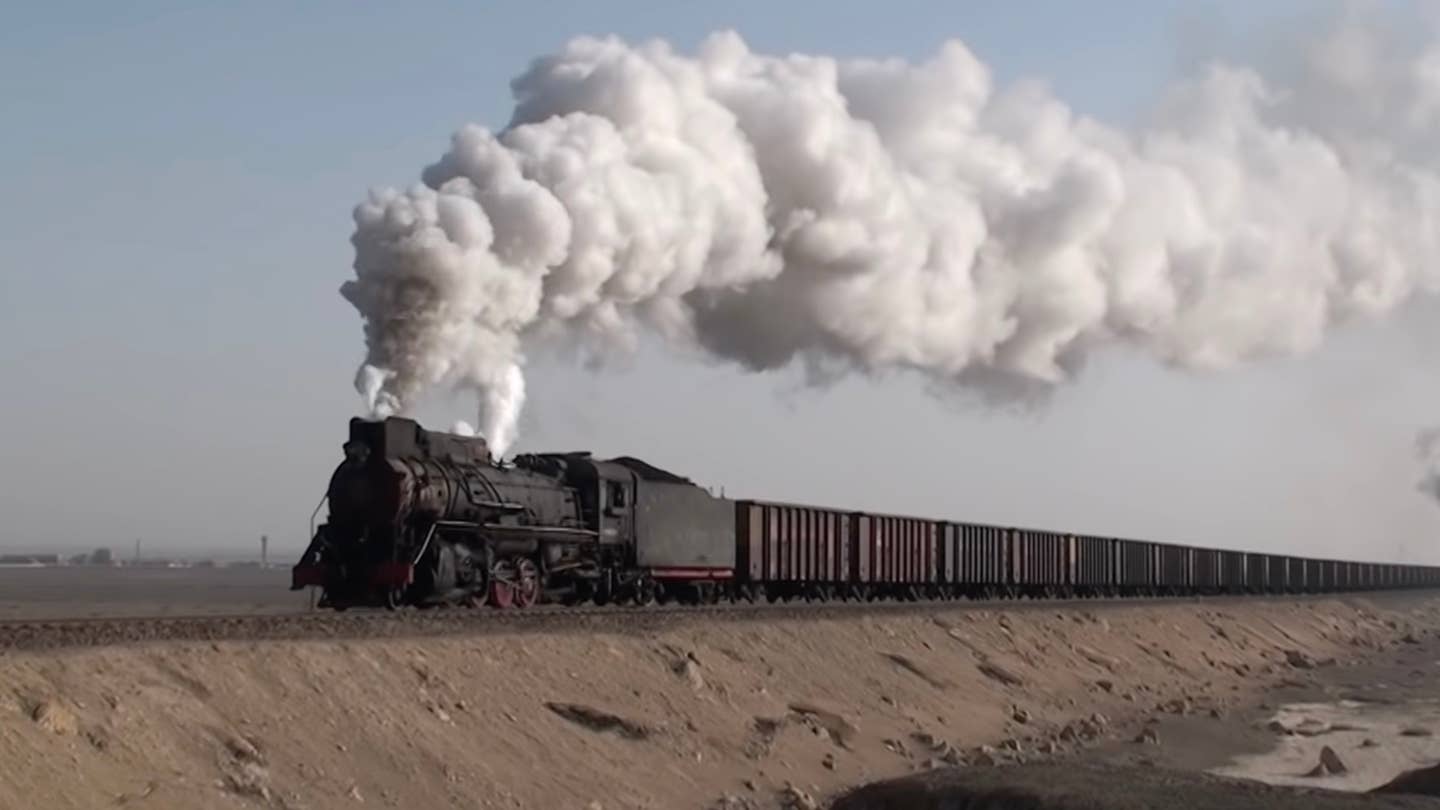 Steam power has been all but out of the picture for mainline rail operations in the United States since about 1960, relegated to the status of novelty by diesels and electrics. Right as the fireboxes started to go out here, though, they began firing up in one part of China, where steam has remained the main source of power for the Sandaoling Coal Mine for more than 60 years. That seemingly made it the last railway in the world to rely on steam for regular revenue service. But China's steam era appears to have come to a close, too, as the rails these iron horses once traveled are now reportedly being dismantled.

Railfan & Railroad Magazine says that the line ran the last of its steam-drawn freight trains on April 25, after having run steamers continuously since 1958, per Chinese blog Sina. The more than six-mile trek to and back from the state-owned coal mine was made countless times over the years, most recently by a trio of 2-8-2 locomotives of uncertain type—seemingly JS class. This is down from a fleet of approximately seven to nine as of a 2020 report by Far Rail. The railway has reportedly been parting out failed locomotives to keep the other ones running.

The sight of living, breathing machinery—both locomotives and steam cranes—had been a niche international tourist attraction for decades. Since May 7, however, the sight has reportedly been one of those cranes tearing up the rails, with the mines in the area having evidently begun to close in recent years.

The locomotives reportedly won't be scrapped, but kept on hand for switching duties at a nearby rail yard alongside diesels. While numerous historic Chinese steam engines have been saved for preservation both domestically and here in the U.S., it sounds like these units will stay on the job through their last useful days. Their future is uncertain, but our creations can face worse fates than continuing to fulfill their purposes decades after becoming obsolete.

This creepy-looking locomotive played a role in the Air Force’s experiments with nuclear-powered planes.