It tore up the roads but ultimately saved lives by providing power in a pinch. 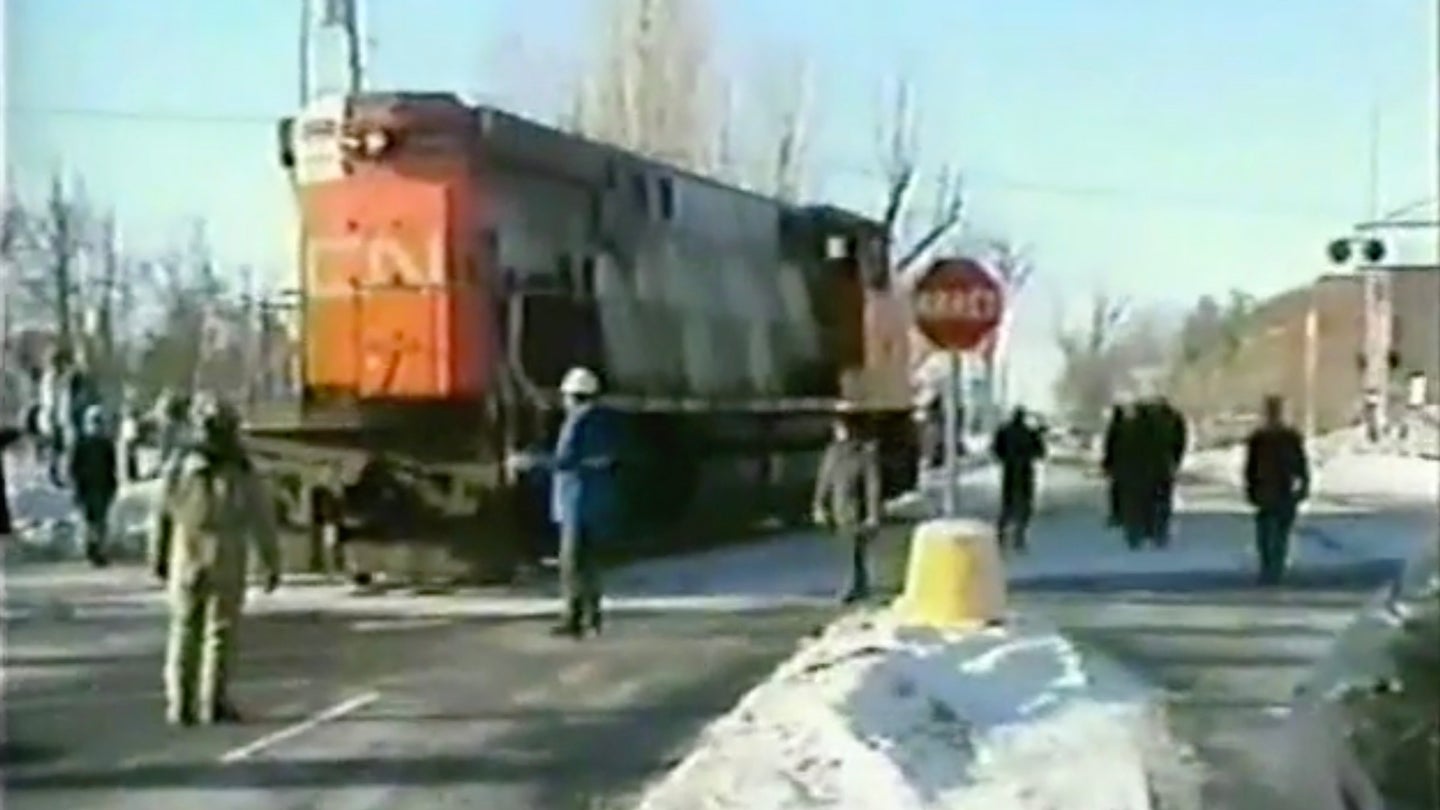 Over the week spanning Jan. 4-10, 1998, a trio of massive ice storms wracked the northeastern United States and parts of Canada. Knocking over transmission towers, the storms deprived up to 1.35 million people of electricity, in some cases for weeks (sound familiar?). Rather than leave town, though, one Canadian mayor stepped up to bring in the biggest mobile power generators they could get their hands on: Diesel-electric freight train locomotives.

This unusual solution to a power problem, which was also covered by Gizmodo last week, unfolded in Boucherville, a Montreal suburb just northeast of famed Formula 1 racetrack Circuit Gilles Villeneuve. Having reportedly heard of locomotives being used to generate electricity during another emergency years prior, Boucherville's Mayor Francine Gadbois asked the Canadian National Railway to lend the city a couple of units. CN obliged, sending over two Montreal Locomotive Works M-420s per the 1998 issue of Trains, as recounted by members of its forum.

Both locomotives were powered by Alco 251C prime movers; 131.4-liter, single-turbo diesel V12s making some 1,950 horsepower according to the Museum of Applied Arts and Sciences. Rather than power the wheels through hydraulic or mechanical transmissions, these massive motors turned traction generators that could send juice to motors connected to the wheels. In a pinch, however, that power can be routed outside the locomotive for whatever purpose one desires, like keeping municipal buildings operating in times of crisis. And that's exactly what these locomotives did for Boucherville.

According to yet another account from a train forum, officials craned M-240 number 3502 off the line down the street from city hall before moving it some 1,000 feet down the street, carving deep ruts in the asphalt. Once at its destination and hooked in, its V12 had to be run at a specific, constant rpm' to generate AC current at 60 hertz, the frequency used by most North American utilities.

After successfully bringing city hall online, officials rolled in a second unit, number 3508, which was reportedly meant to hook up to a local high school serving as a shelter. This didn't work out, with one account implying the school may have been further down the road than city hall, and that 3508 couldn't get past 3502. In any case, power was reportedly restored on Jan. 17, and the locomotives ground back down the road and into the shop for service.

Amid continued rolling blackouts in Texas, propping up power grids with locomotives may sound to many shivering Texans like an increasingly appealing stopgap. Unfortunately, though, the closest thing the U.S. has to a national rail provider is the chronically under-funded and mismanaged Amtrak which, even with locomotives to spare, would struggle to get them to cities in need. Amtrak is chronically delayed by the private railroads whose infrastructure it relies on. Big business, after all, should be expected to put its interests first, no matter the cost to the public, be that a delayed train or weeks-long power outages in the dead of winter.

Update: Feb. 23, 10:12 a.m. ET: An erroneous reference to CN as a national rail provider has been removed, the railway having been publicly traded since 1995.