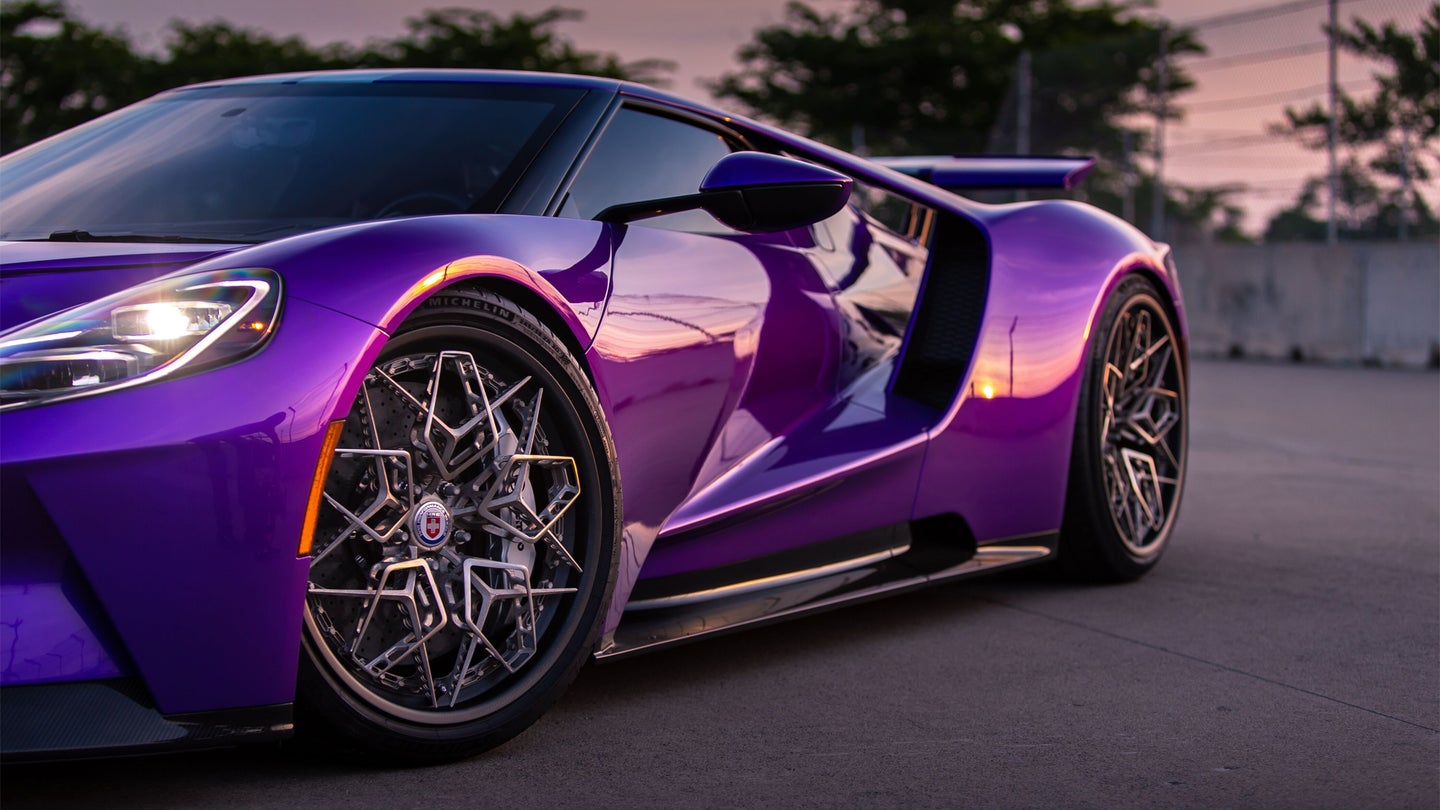 It was only six months ago that aftermarket wheel company HRE revealed that it was developing the world's first 3D-printed titanium wheels. Since its initial prototype, the company has been diligently working to improve upon the manufacturing process and officially announced on Tuesday that it had developed a new, second-generation HRE3D+ wheel. To make things even cooler, the wheels were unveiled on IndyCar star Graham Rahal's dazzling Ford GT.

HRE continued this project with the help of General Electric's additive manufacturing division, GE Additive. Together, the two teams worked to refine structural decisions, slowly combing through design improvements and changing the fine details of the wheels.

The first generation of the HRE3D+ was printed using a process called Direct Metal Laser Melting which works by melting ultra-fine layers of titanium powder on top of one another. Eventually, a solid and complex shape takes form to make up the final product.

HRE and GE changed this up with the second generation of printing, switching to a more refined method of printing called Electron Beam Melting. This fused-fabrication process works by using a 3,000-watt or 6,000-watt electron-beam gun to melt the titanium powder whilst in a high-temperature vacuum environment. The end result is a component that has been stress-relieved and has a higher hardness than both cast and wrought alloys by a factor of nearly two.

The second generation wheel also significantly improves upon the reduction of waste material. Previously, HRE says that nearly 80 percent of the raw titanium (by weight) used during manufacturing was considered to be waste. Using its new process, that number has been reduced to just five percent.

Further changes allowed the wheels to become less complex and significantly lighter. The original 20- and 21-inch wheels (which weighed 20 pounds and 23 pounds respectively) have had their weight reduced by an average of 19 percent, weighing in at just 16 pounds and 19 pounds.

“We’re proud to be breaking new ground in wheel manufacturing with the updated HRE3D+ wheels,” said HRE President and CEO Alan Peltier. “Working with GE Additive have given us access to some truly cutting-edge technology, and we’re exploring the future of wheel technology together with tools that will continue to evolve over the next few years. We can’t wait to see what we’re able to accomplish next.”

HRE is debuting its second set of HRE3D+ wheels at RAPID + TCT, a Detroit-based trade show where the industry shows off the latest 3D Printing and Additive Manufacturing trends.