Bentley Speed Six Could Be Canned If Porsche, Lamborghini, or Audi Complain

Otherwise, however, things look good for the two-seat sports car. 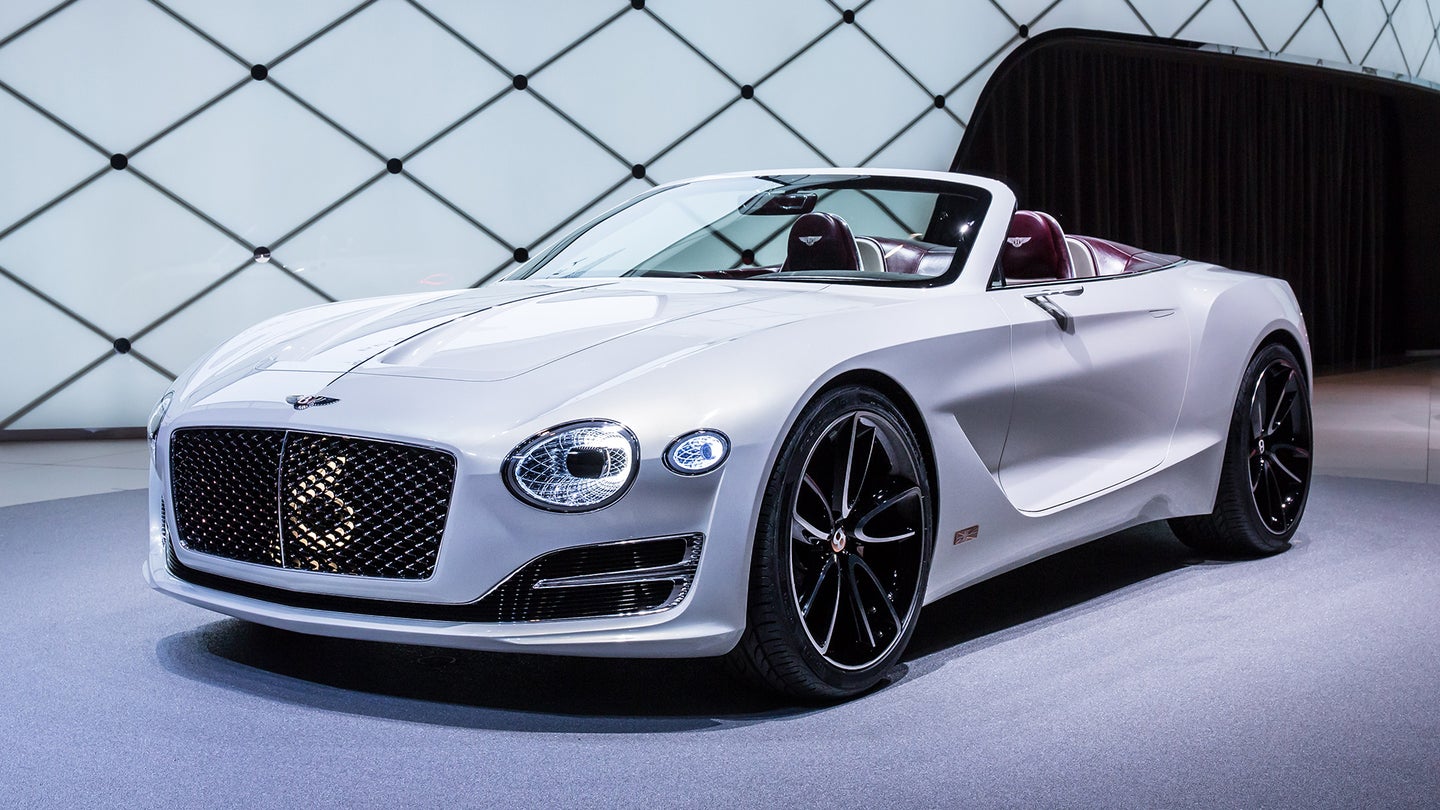 Ever since the carmaker dropped the EXP 10 Speed Six concept two years ago at the Geneva Motor Show, Bentley has been teasing the world with the idea of bringing a small (well, in Bentley terms, at least) sports car to market. Now, it seems that the company is indeed gearing up to do just that...assuming, of course, the other sports car makers in the Volkswagen Group don't raise too much hell in opposition.

"We’re part of a big group and it has to work with the rest of the group," Uday Senapati, Bentley Mulliner's head of technical operations told Motoring.com.au, stressing that Bentley would need to carve out a unique niche for the Speed Six so as to not directly compete with anything Audi, Porsche, or Lamborghini makes. (One way they could do potentially that, he says: Giving the two-seat Bentley sports car a hybrid powertrain.)

But being part of the same corporate umbrella as those famed sports car manufacturers comes with benefits, too. "That’s the best part of being part of the [Volkswagen] Group," he said. "This group has probably got the best technology currently."

Behind the scenes, Bentley has been chipping away at the car's development.

"The car itself we like, and we’ve got a business case. We’ve done a lot of development work," Senapati said. There's plenty of demand for a Speed Six or something similar, he said, stating that customers would be all in favor of such a car.

"When we floated the idea of a two-seater sports car, [it has] been received extremely well," he said. "And for once people haven’t said ‘This is not the right product for Bentley,’ so it’s a guaranteed success.”

There’s a Bentley Somewhere in This 57.7 Billion-Pixel Image