A crowdfunding page set up to help the model railway club has raised over $100,000 thus far. 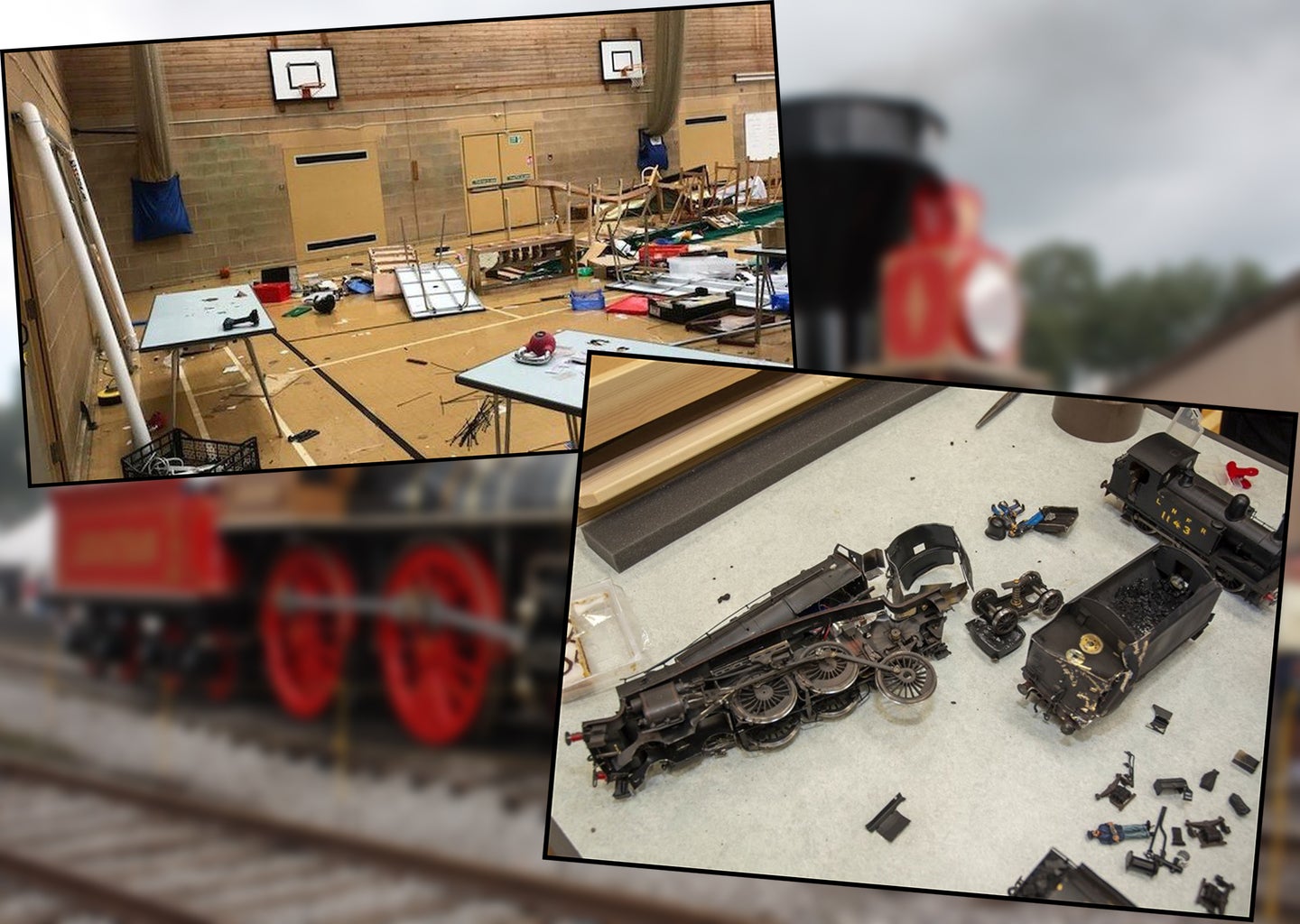 Some young'uns are in hot water after four of them allegedly vandalized a large model train exhibit at the Welland Academy in Stamford, England this past weekend. Multiple British news outlets report that the Market Deeping Model Railway Club lost years of hard, meticulous work resulting in thousands of (British) pounds worth of models damaged.

Chairman Peter Davies, 70, told the BBC that many of the displays were thrown around, smashed to smithereens, and even stomped on. One of the model locomotives destroyed was valued at £8,500 GBP, or around $10,823.

"Models that were made over years were trodden on and thrown around. It's total wanton destruction of the highest order,” Davies explained. "I've never experienced anything like it. A hurricane would have done less damage."

The local constabulary received initial reports of loud noises coming from the Queen Eleanor school, where the club holds an annual get together, at 4 a.m. early Saturday morning. Upon arrival to the scene, the Lincolnshire Police supposedly caught four youths red-handed, who were present at the time of the incident. They are now facing charges for burglary and criminal damage. With one aged 16 and the other three aged 15, they were released on conditional bail while pending more charges from further investigation.

“I was absolutely devastated to hear that vandals had destroyed what was to be a lovely show by the Market Deeping model railway club over the weekend,” Stewart told The Guardian. “The collection was priceless and I am donating £10,000 to help compensate those affected and asking fellow enthusiasts Jools Holland, Roger Daltrey, and others to do the same.”

Stewart professed his own love for model trains, also noting that it took him 23 years to build his dream model railway setup. It’s believed he has a model replica of New York’s world-famous Grand Central Station with miraculous attention to detail.