Want to one-up your pals at the country club? Forget the Porsche, get this bad boy. 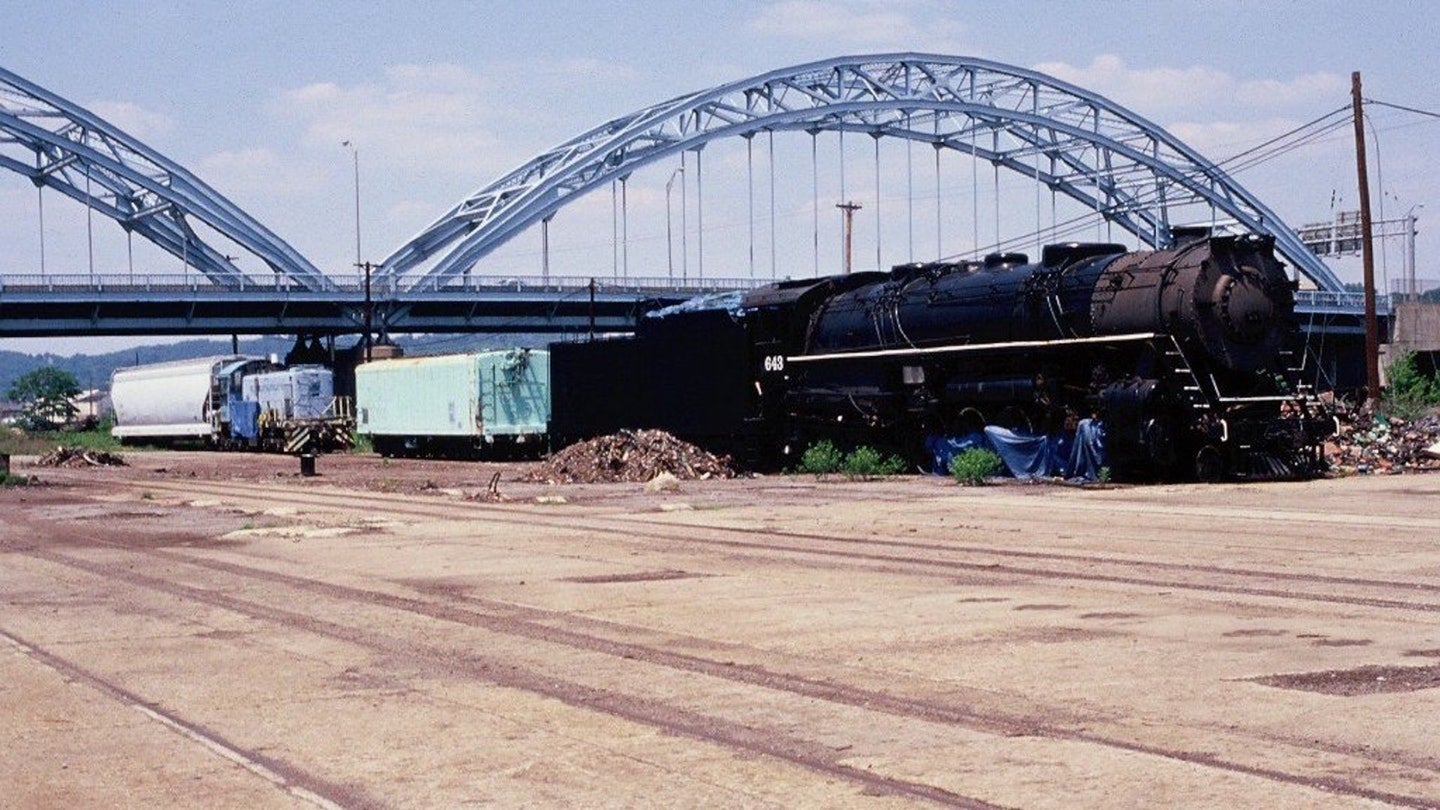 There is no better time to be a wealthy car enthusiast than today. With our surplus of cheap horsepower, it's hard to spend six figures on a car and not get more than 500 horses. On the flip side, this means half your country club has more turbochargers than mistresses, so showing up with a brand-new Porsche 935 will be met with rolling eyes and reactions of took you long enough. So why not upstage all the collar-poppers by buying something even more powerful, more exclusive, and with more pedigree? Cue in a historic Baldwin steam locomotive.

What a time to make such a suggestion, because one such loco just surfaced for sale on eBay of all places. As all the foamers out there can tell you, this is a Baldwin Locomotive Works 2-10-4 "Texas" steam engine, one of six such locomotives known to still exist, and the only example used by the Bessemer & Lake Erie Railroad to be preserved, rather than scrapped.

Converting locomotives' tractive effort figures into horsepower isn't particularly straightforward, but this 899,000-pound behemoth could produce at least 5,700 horsepower at 40 miles per hour according to Railroad Artifact Preservation Society, a figure accurate for a 1930-spec version of this locomotive operated by another railway. Being a 1944 rendition of the same design, it stands to reason that the 643, as this locomotive was numbered, produces at least as much power.

Huge power doesn't necessarily mean remarkable acceleration, though, as this loco's power-to-weight ratio is actually quite poor when compared to that of even an economy car. We're talking less than 13 horsepower per ton, whereas a Ferrari F8 Tributo comes in at more than 400.

But for sheer flex power, nothing has a private train beat—they're the stuff of dead presidents. You don't see crossing guards come down to give Ferraris the right of way, after all.

That said, there's a matter to consider if you genuinely want your own steam engine. Not only are they not cheap or convenient to run, the B&LE 643 here doesn't actually do that whole running thing at the moment. It has, according to its listing, sat outside for at least six years, and was run during none of them. And if you thought project cars were expensive, wait until your wife hears about your project train.