It’s only natural that the country famed for some of the world’s best watches can make its trains do the unthinkable. 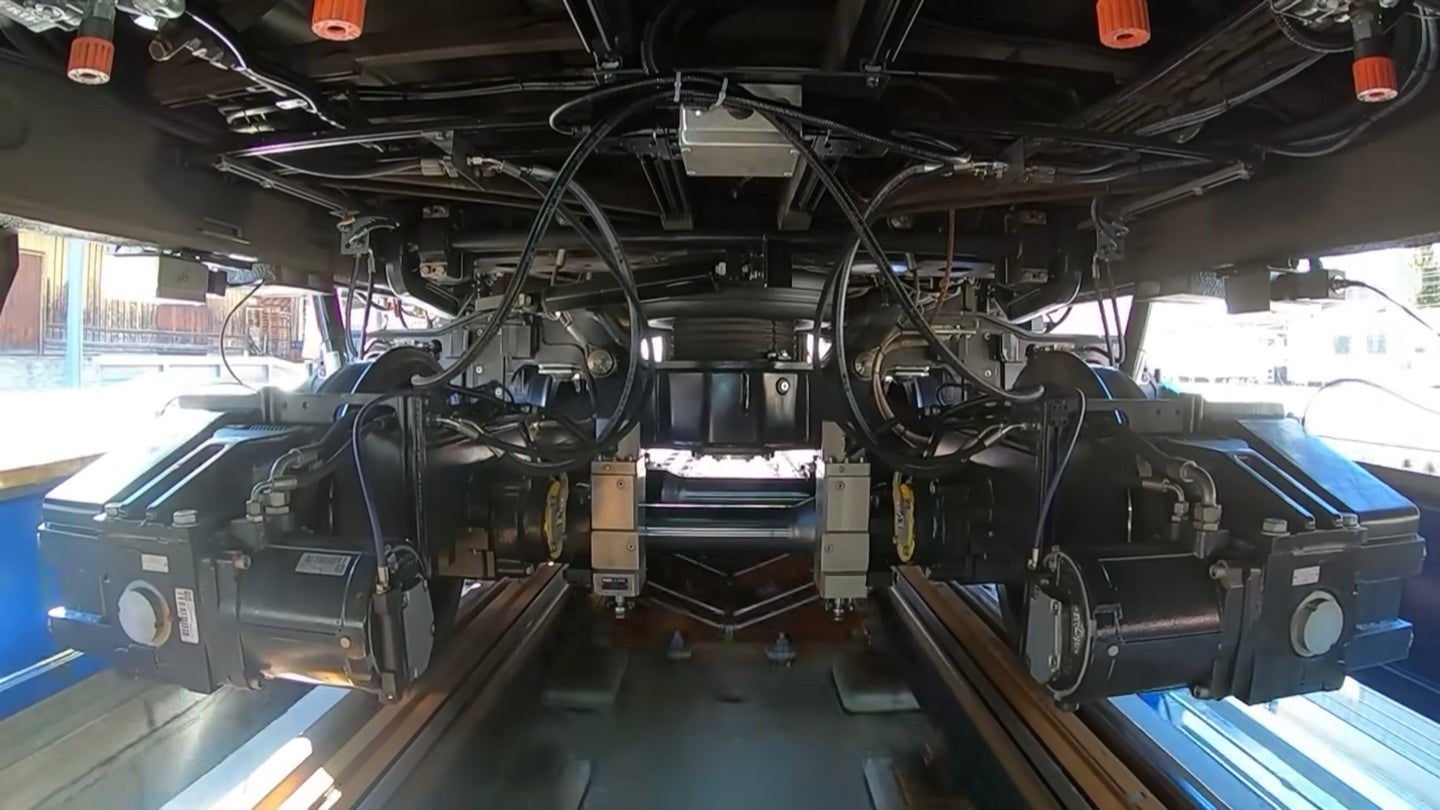 On account of its unique geography, Switzerland's trains are some of the strangest in the world. The nation's approach to infrastructure, it would seem, is sheer engineering. It'd explain why (and how) the Swiss have developed a train that can transition between tracks of different widths—without even stopping.

Track gauge, or the distance between rails, varies widely around the world, having been tailored to imported rolling stock or developed independently to an arbitrary scale. One constant, though, is that closer rails, known as narrow gauges, tend to be favored where space is limited, such as in some industrial applications or on precarious mountainside routes. As such, it's only natural that Switzerland is one of the few global users of the self-explanatory "meter gauge," though it also uses the common "standard gauge" of four feet and eight-and-a-half inches, the predominant gauge of most of the world including the United States, home of the infamous poop train.

Sometimes, these or other gauges meet at what's called a break-of-gauge, which presents a problem often handled by simply switching trains. That's been the solution so far for the Swiss tourist route GoldenPass Line, which connects some of the country's biggest tourist destinations. Soon, though, the train won't have to stop at all due to innovations with bogeys on its new express train that'll serve all destinations on the line, without forcing passengers to disembark.

Designed by Pininfarina and manufactured by Stadler (which supplied Pikes Peak's new cog railcars) per the International Rail Journal, the new GoldenPass Express trainset will be able to transition between meter- and standard-gauge tracks at the line's gauge breaks. It does so via variable-gauge bogeys, whose axles are designed to telescope in and out at the break-of-gauge. While these systems aren't unheard-of around the world (being widely employed in Spain to join Iberian gauge to modern infrastructure), it's not as often paired with height adjustment as it is on the GoldenPass Express. That allows the train to adjust to platforms whose height reportedly varies by seven inches, for safe boarding. The system can be seen in action at Zweisimmen station in a video shared to YouTube by Swiss rail publication Bahn Online.

While the technology is evidently working as intended, the new express train did not enter service in June 2021 as was reportedly planned. Instead, Bahn Online reports the supply of variable-gauge bogeys has not kept up with that of coaches, having been delayed due to COVID. Accordingly, the GoldenPass Express's first passenger service isn't expected to take place until December 11, 2022, by which time Switzerland may be on the doorstep of the busiest winter tourism season since before the pandemic.