Letting the fox guard the henhouse out there, guys.

Speeding became a national epidemic of its own in 2020 when tickets for driving over 100 miles per hour soared and road deaths totaled their highest since 2007. Trying to do anything about it in California, though, where the rate of 100-plus-mph tickets doubled almost the instant lockdown was instated, might just make the problem worse. That's because California has a well-meaning, but poorly executed law that forces it to tailor its speed limits to its fastest (and most reckless) drivers.

As of a 2012 amendment to California's traffic code, the state's Department of Transportation or local authorities must "round speed limits to the nearest five miles per hour of the 85th percentile of the free-flowing traffic." In simpler terms, speed limits must be set so only about 15 percent of drivers instinctively exceed them. Where exactly to set the speed limit is determined with local surveys, which the Los Angeles Times reports must be conducted before authorities can use electronic measures, like radar guns, to enforce limits on a particular road.

Though reportedly enacted to prevent speed traps, the law has instead made it difficult to enforce speed limits at all. Performing the survey needed to use radar guns can return data that shows the speed limit must be raised, which increases the speed of traffic. Thus, the fastest 15 percent of drivers feels compelled to pick up the pace, creating a vicious cycle where attempts to penalize speeders can allow them to go even faster.

Authorities can dampen this escalation by rounding down at their discretion, by as much as seven mph, but doing so then forbids them from reducing the limit for other reasons, arbitrary or otherwise. State legislators have tried to amend the law, with Streetsblog reporting on a bill in 2018 that would grant exceptions for roads with a high rate of crashes, though that measure appeared to fail according to a follow-up story. An alternative enforcement program that would have trialed speed cameras in some cities was proposed earlier this year, though the bill was killed without examination.

For now, it would seem, California's streets will remain as wild as ever, and that the reckless reputation of the state's drivers isn't about to change. 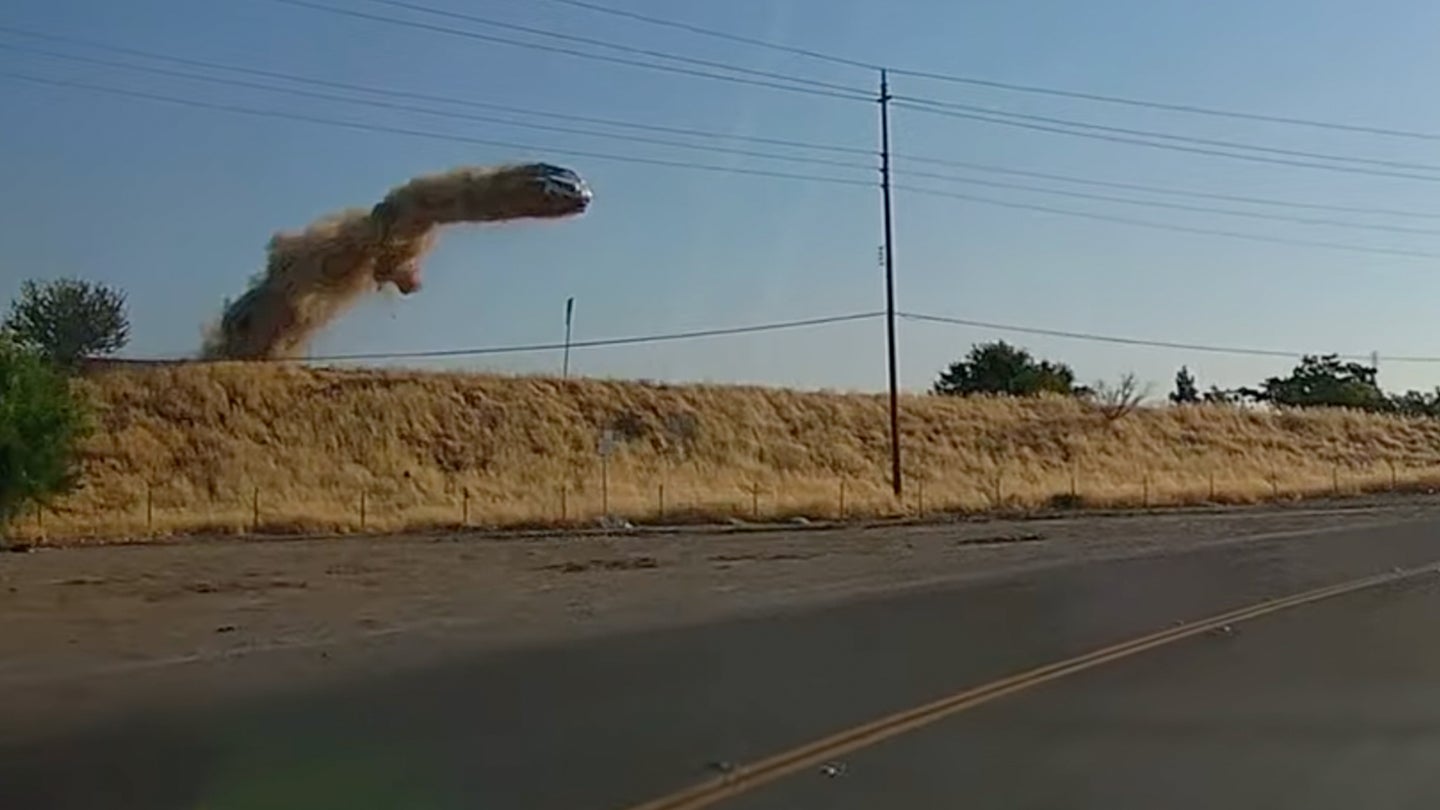 It nearly landed on a passing car with a rolling dashcam. 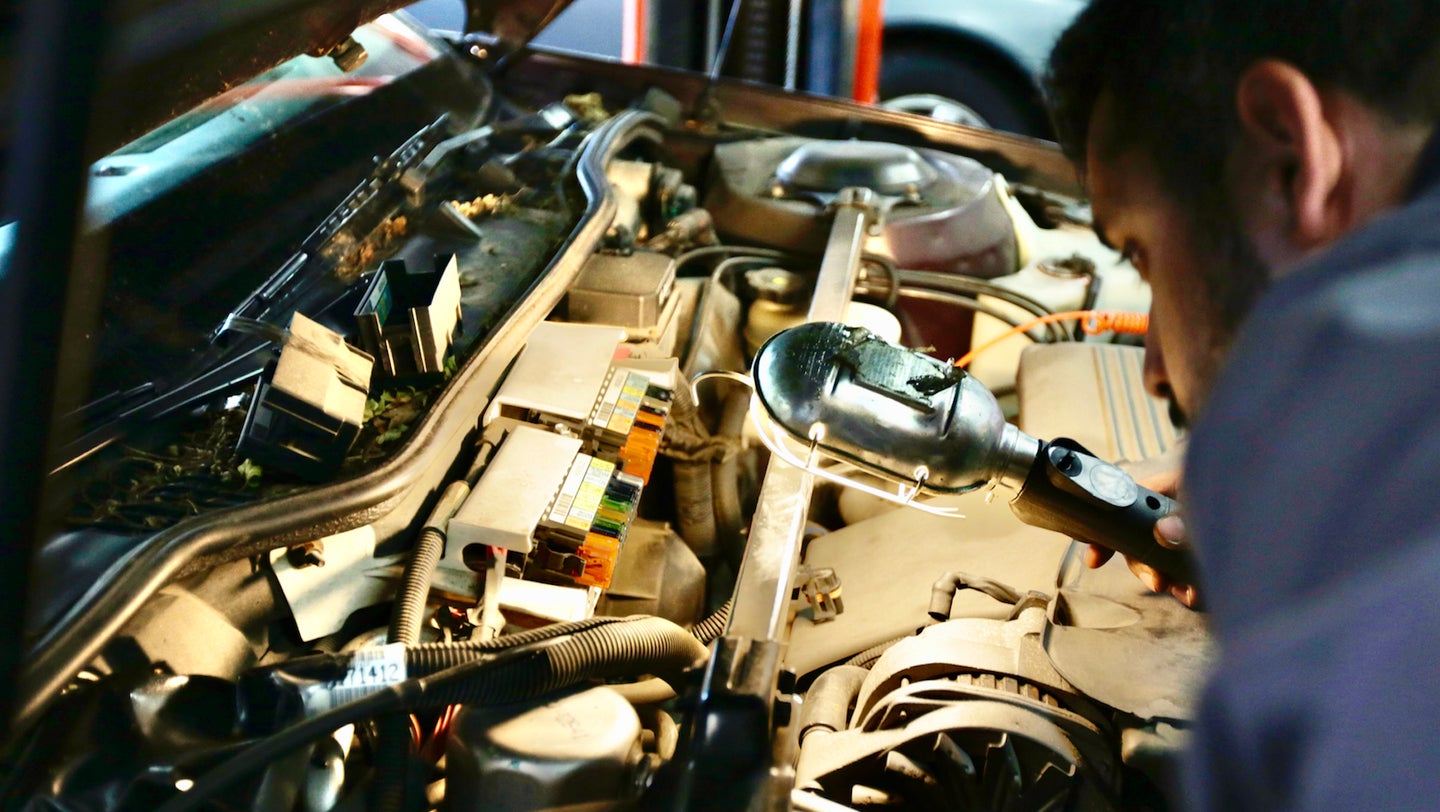 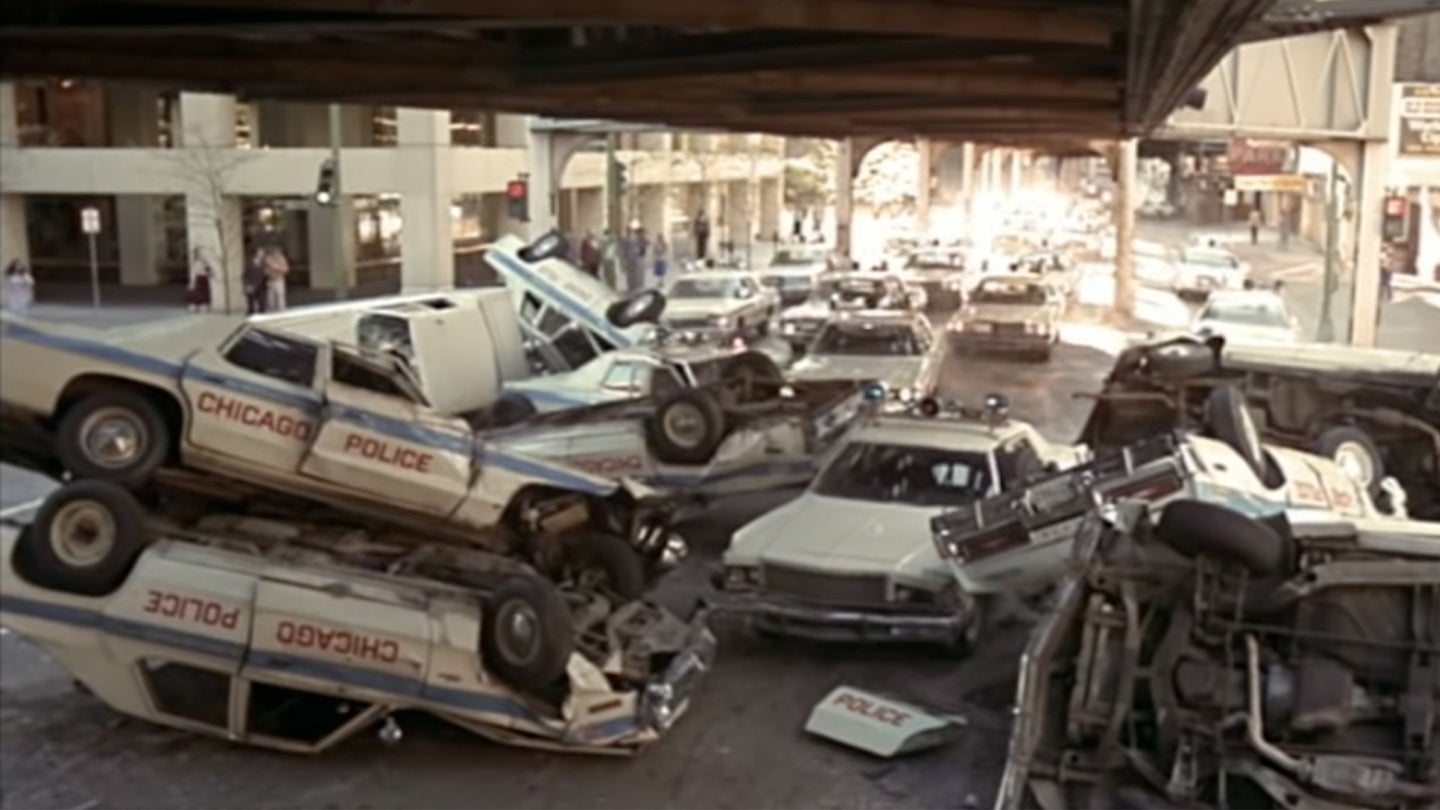 They were on a mission from God.