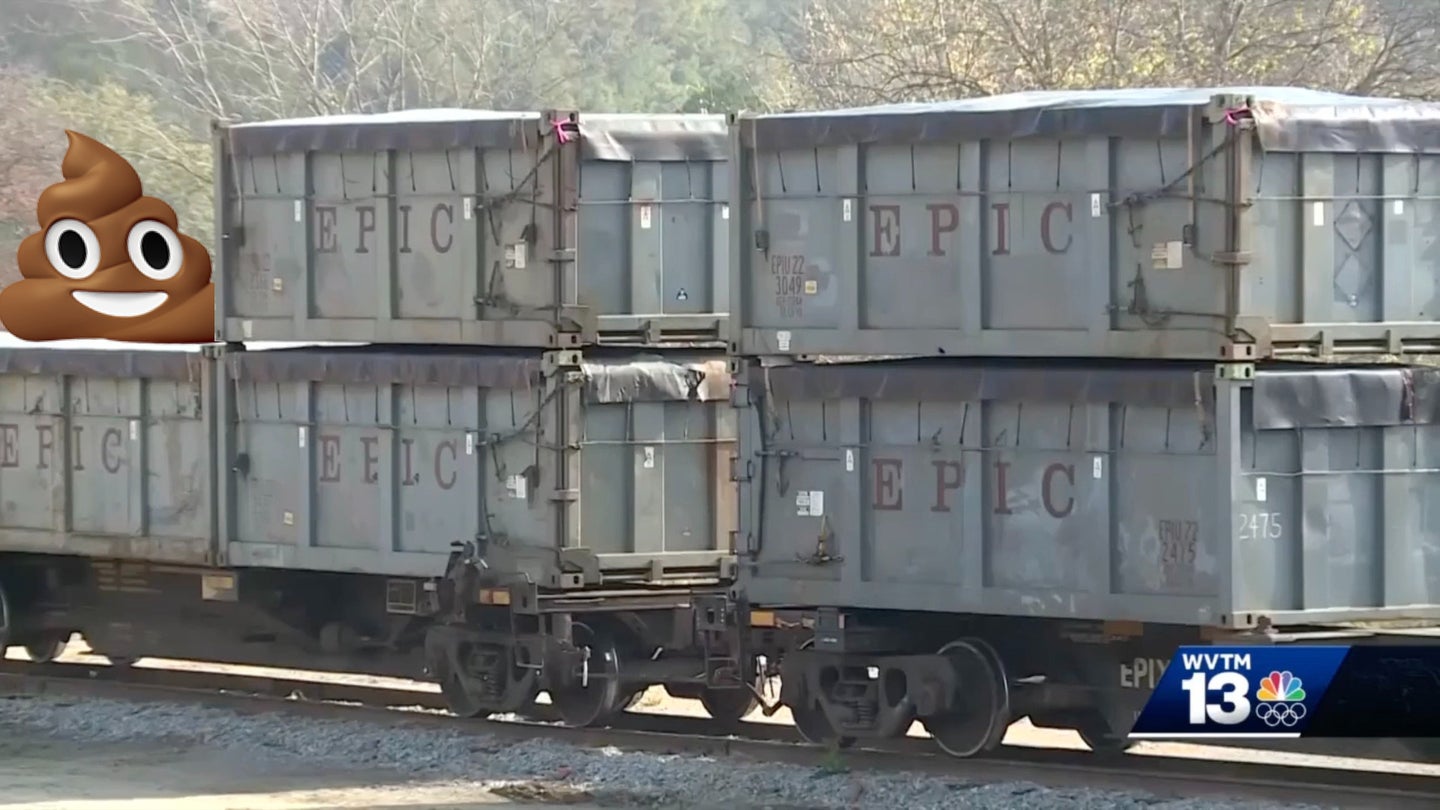 Back in 2017, the towns of Parrish and West Jefferson in northern Alabama had crappy ends to their years when a train carrying 10 million pounds of human waste from New York and New Jersey rolled into the area. Its contents were being dumped into a nearby landfill, which spread a smell locals likened to rotting corpses, attracted an infestation of flies, and generally made life as unpleasant as you'd expect. The waste-management company responsible was eventually forced to stop, bringing the towns' nightmares to an end in Spring 2018.

Or so they thought. Every good horror story gets a sequel, and Parrish and West Jefferson's has been four years in the making. According to WVTM 13, an Alabama Department of Environmental Management inspector paid a visit to the Big Sky Environmental landfill on February 1, where they found a newly constructed rail spur on the property connected to a nearby freight track. On the line were eight empty rail cars used to transport human waste, which the company reportedly confirmed had been brought down and unloaded within the last two weeks.

As rail operations were not on Big Sky's facilities permit, the DEM issued the business a violation notice, ordering it to cease rail ops until its permit could be modified. Big Sky has reportedly submitted a request to have the permit updated, which is currently under review. Approved or not, though, Big Sky will be subject to unannounced quarterly inspections from here on out, not to mention the ire of the local townsfolk, who are understandably disappointed—yet unsurprised—that they have to deal with this crap again.

"I really never thought it was going to stop because I knew that Big Sky was very aggressive in getting this waste to this area and making the money they're gonna make off of it," commented David Brasfield of West Jefferson to WVTM 13. "This is a community I've lived in 50 years and I want to be able to stay here, but people don't realize the odor, the scent, the flies."

It's worth noting that the poop train complaints first emerged in 2017 because Big Sky was stashing the cars on unused lines around the Birmingham area prior to unloading, close enough to people's homes and businesses to cause an obvious problem. This new onsite railyard would theoretically prevent that from happening if it's allowed to stand, though the metaphorical stink around the entire idea of poop trains might still be too much for residents to bear.