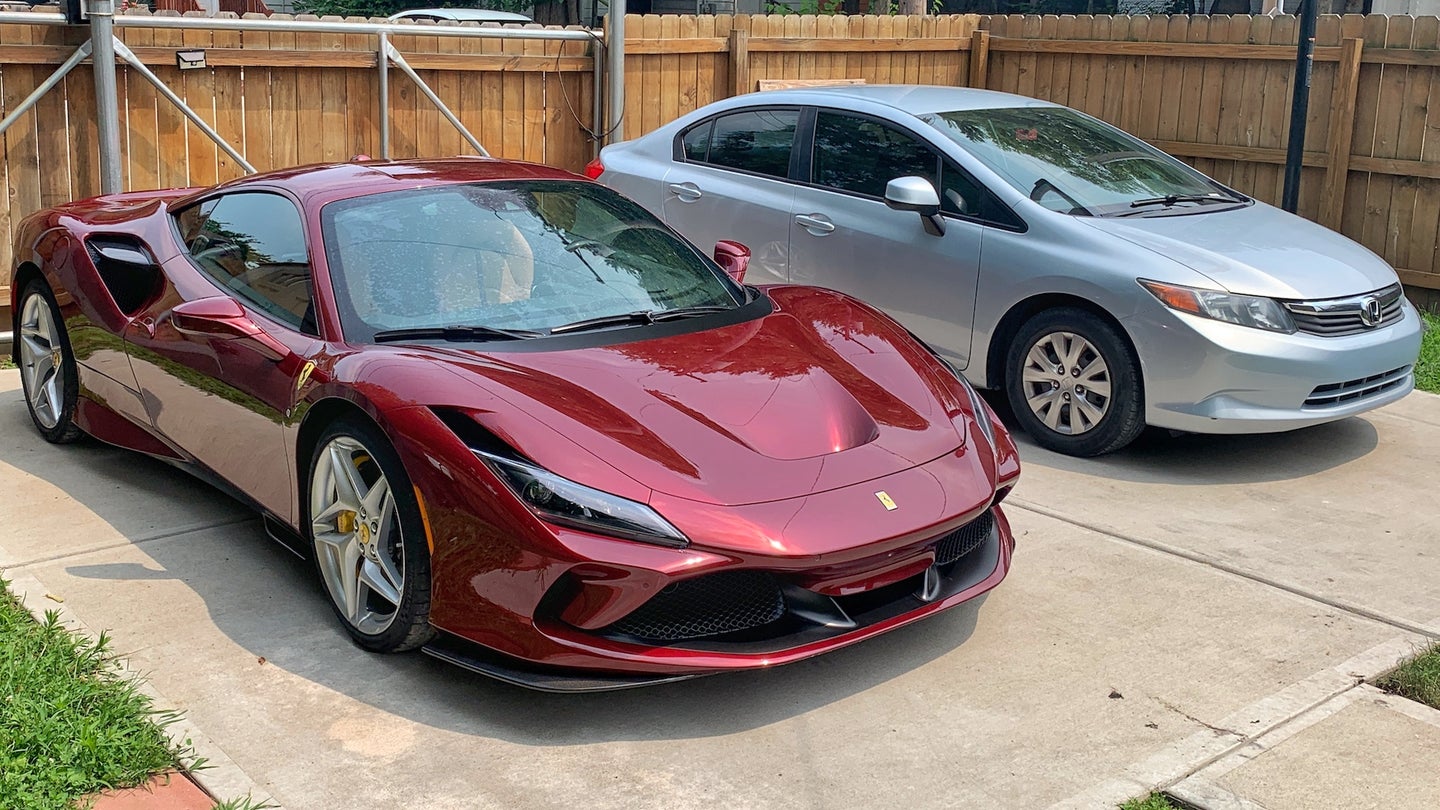 Different types of vehicles are better suited for different kinds of tasks. Whether it's servicing a sprawling ranch in Montana in a Ram Power Wagon or cruising through Monaco in a Bentley, there's something out there not just for every scenario imaginable, but also for everyone's taste and budget. From track-ready sports cars to mud-loving trucks, one would think that pairing the best two cars would be a simple task given unlimited funds, but is that really so?

With this in mind, I'm curious to find out what you think is the perfect two-car garage.

There they were, two sweet angels and modern marvels of engineering, parked next to each other, probably conversing about what they'd seen earlier that day. I can't recall exactly, but I'm pretty sure my wife took our hairy and drooly Newfoundland to the dog park and I drove the Ferrari to drop my kid off at camp. Both activities are fairly mundane, but one stinkier than the other—I won't tell you which one that is.

I asked myself, "Is that the perfect two-car garage?” A supercar that can slay both daily life and racetracks alike, and an economy sedan for, well, basically everything else. The answer, I found out a couple of days later, was definitely not.

Chevrolet loaned me a Tahoe equipped with the Duramax diesel engine, which overlapped with the Ferrari's stay at my house for a couple of days. This, in turn, helped me realize that my perfect two-car garage would be a Ferrari F8 and a Chevy Tahoe diesel. To be precise, it'd be a Suburban diesel, but that's kind of the same thing.

I figured I could do just about everything my heart desired with those two cars, from track days to family road trips, and towing campers or boats across this beautiful country—the possibilities were endless. The only problem? I don't have $75,000 to drop on an SUV, much less $429,000 to drop on an Italian supercar. It turns out a $504,000 two-car garage is out of my reach. Who would've thought?

Now it's your turn. See you in the comments!