When anti-right-to-repair technology is used for good. 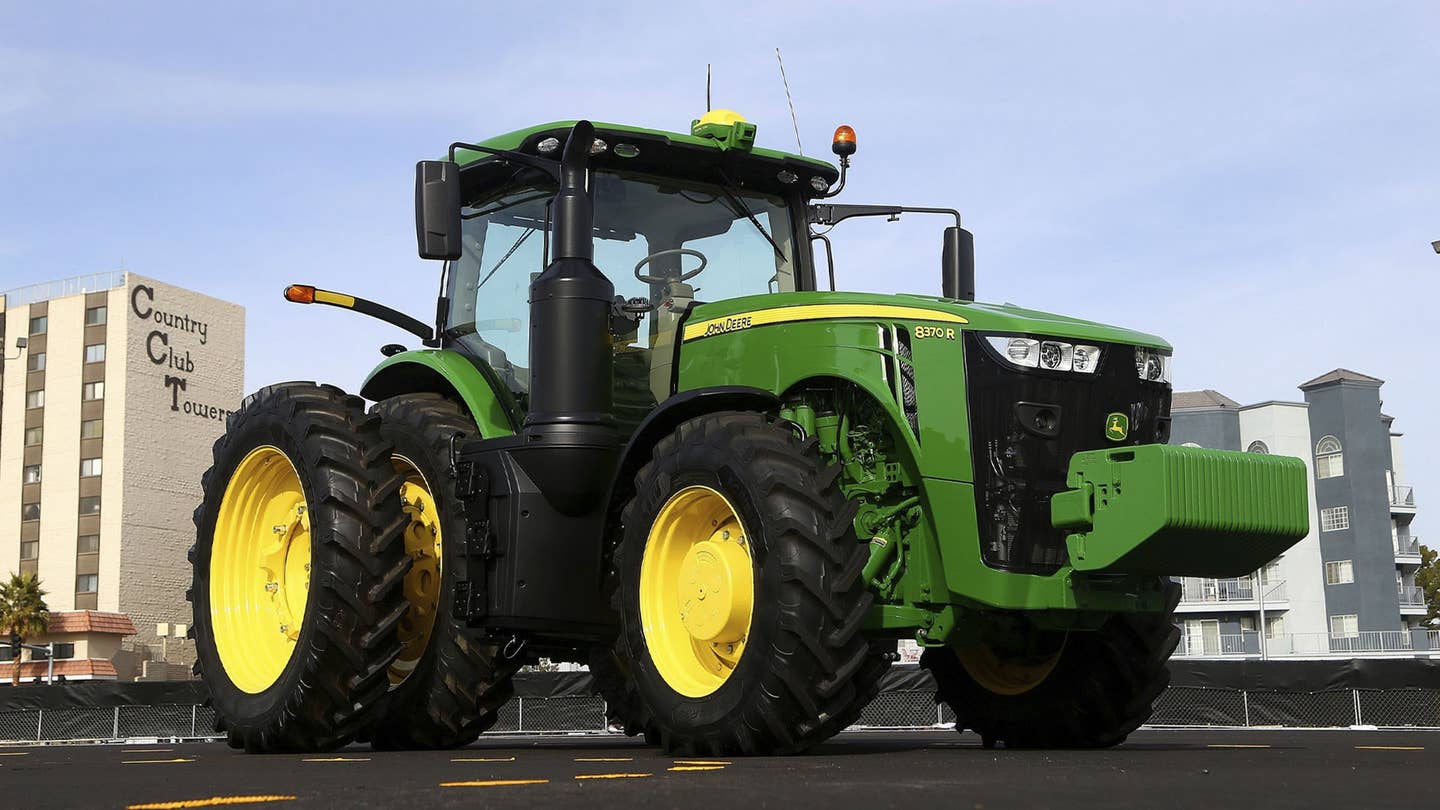 Russia's invasion of Ukraine has made worldwide news since late February. Despite a lack of consistent, concrete gains, however, Russian President Vladimir Putin's attack on the nation has been relentlessly destructive. As well as destroying homes and businesses, Russian troops have been looting the cities they occupy. A John Deere dealership in the now Russian-controlled city of Melitopol is one such business to be looted, though the millions of dollars worth of stolen farm equipment have so far, according to CNN, been mostly useless for its new owners.

According to the report, the machines were remotely disabled after they were stolen, though the various reports do not mention who specifically disabled them. It is known that John Deere can wirelessly control various functions of the machinery, as we've covered before. In fact, some of the equipment—tracked by their onboard GPS systems—allegedly made it as far as the village of Zakhan Yurt in Chechnya, 700 miles away from the Agrotek dealer in southeastern Ukraine, before the new owners discovered the Deere machines were bricked. In total, 27 pieces of farm machinery were stolen. Many of them are reportedly paperweights now.

John Deere's anti-right-to-repair technology has turned the company into something of a pariah in the United States, with farmers being forced to hack their own tractors and equipment in order to make repairs. Hurting American farmers is one thing, but employing the same tech to thwart Russian forces is another. That said, CNN's source claims the equipment's new owners are allegedly searching for a workaround to get the machines working, however, the status of their potential fix is unknown.

The machines stolen were not just simple consumer-grade gear, either. Most of the equipment taken was sophisticated farming tools, including a few combine harvesters. In total, $5 million worth of John Deere products were allegedly stolen.

We've reached out to John Deere in an attempt to gather more details about this story, but we've yet to hear back. At this point, many of the tractors, harvesters, and other equipment are reportedly languishing unused near the village of Grozny.

The tractor can run free of any human assistance, freeing up much-needed time for farmers.

This retired farmer has been hand-carving miniature farm equipment for more than 80 years.