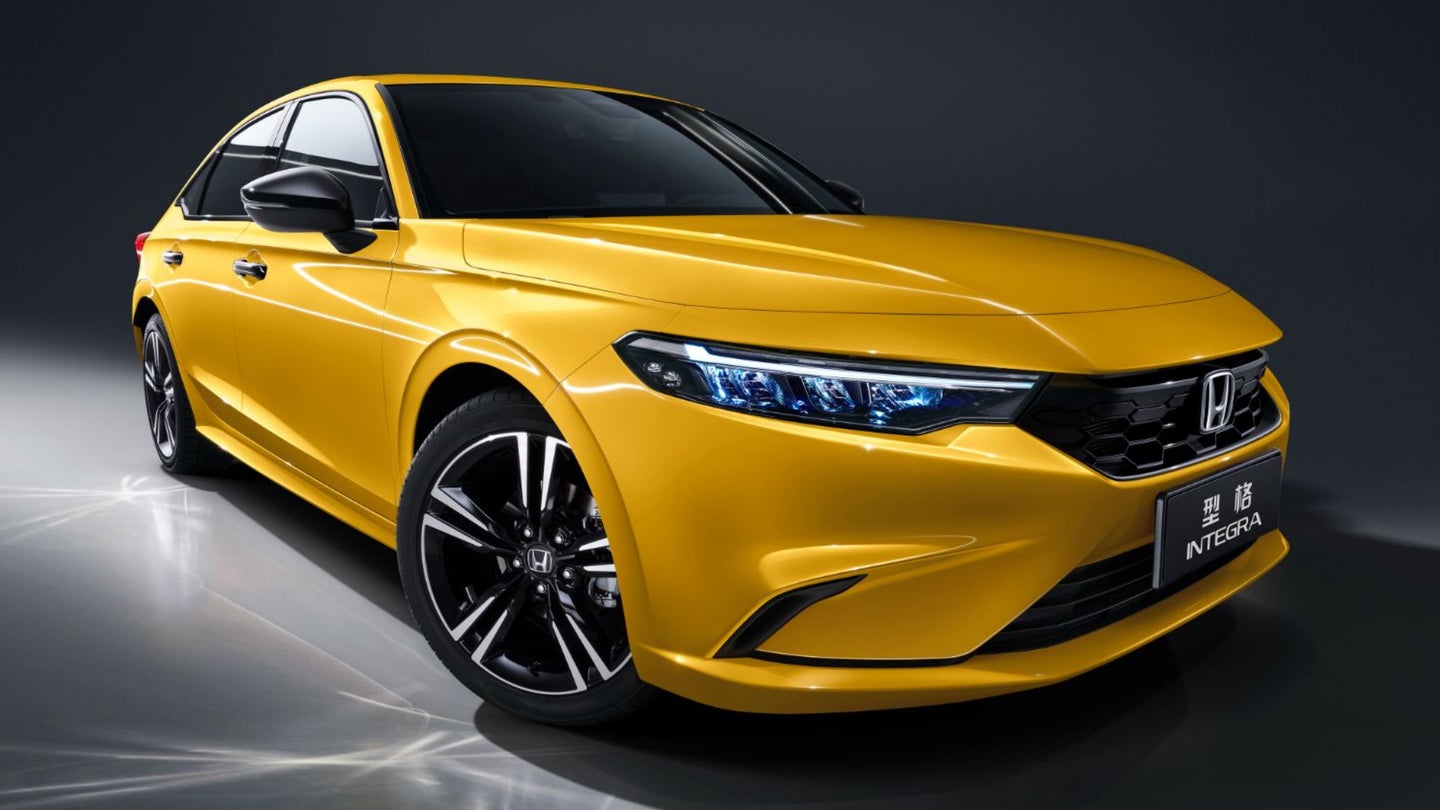 The new Acura Integra is set to arrive in 2022 as a four-door hatchback, taking design cues from the sharp-looking TLX. Although it won't be a coupe like the old one, it's definitely a welcomed addition to Acura's enthusiast car lineup. Before it arrives on American shores, though, an Integra is hitting the Chinese market. It's not the one we're getting, and you might be glad about that since it's basically a fancied-up Civic.

Thing is, the Civic is already sold in China. Why make a car that's more or less identical for the same market, then? We'll explain.

Think of this new Integra, which shares most of its body panels with the Civic, as a volume-enhancing marketing tool. Honda believes it can sell more Civics in China, but it wants to reach more young people. It thinks changing up the fascias and adding a new badge will help with that, so it's building this new car in a separate partnership with Guangqi-Honda. The existing Civic is built by a separate joint venture, called Dongfeng-Honda.

Speaking of changing up the fascias, they're slightly revised to differentiate the Honda Integra from the Civic, with mildly sharpened headlights and taillights adorning an otherwise familiar 11th-generation Civic shape. Man, imagine the uproar if this was the Integra we got. People are complaining that this Integra isn't a two-door; take a step back and think of the reaction if Acura rolled out a slightly warmed-over Civic. I would take a break from the internet for a few weeks.

For proof that our Integra will be different, check out the published photo of Honda's new car on the left and Acura's recently released teaser on the right:

Since this Integra is meant to appeal to young people, it likely has the180-horsepower, 1.5-liter four-cylinder. This speculation is based on the "240" badge on the back which is thought to be the torque figure of the 1.5-liter in newton meters. Also, two flashy colors are available, a bright blue and yellow.

As previously mentioned, the Chinese market Honda Integra will be produced by Guangqi-Honda. It's set to go on sale in Q4 of this year.