Porsche Invests $75M in eFuels to Keep Internal Combustion Around

In the future, there may be a tank of synthetic fuel inside of your brand new Porsche. 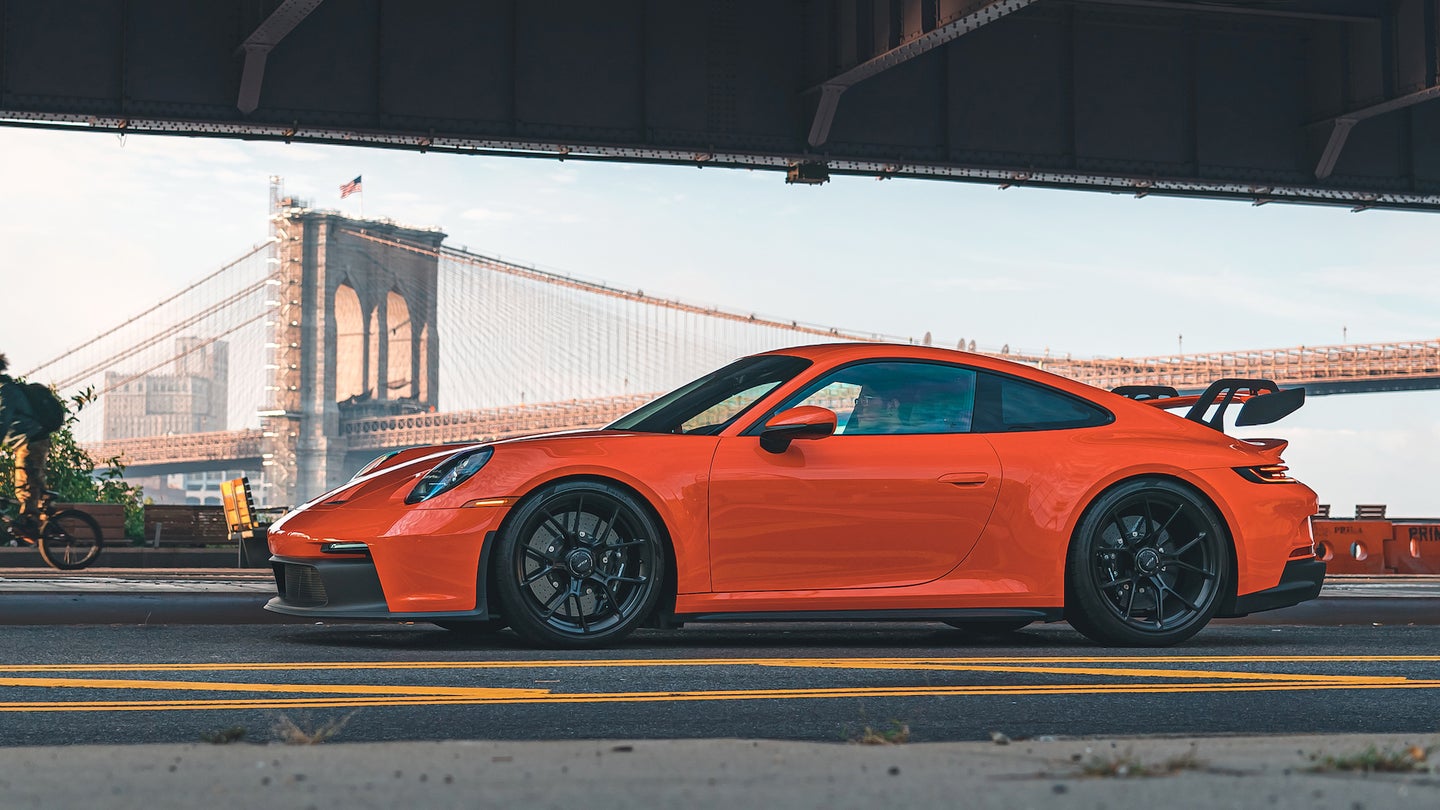 Fossil fuels may be a finite resource but the days of hooning around in your vintage 911 may not be completely over. As much of the automotive industry—Porsche included—pivots to electrification, Porsche is holding out hope that synthetic fuels will keep the internal combustion engine alive. Putting more of its eggs into the eFuel basket, the German automaker is investing $75 million into Chilean eFuel production facility developer HIF in exchange for a long-term stake.

Made from hydrogen and carbon dioxide using wind energy, the electricity-based eFuels are slated to start production in the middle of this year out of a plant in Punta Arenas, Chile. The eFuels are said to provide "near" carbon-neutral fuel for internal combustion engines. This latest cash injection from Porsche will apparently fund the development of more eFuel facilities in Chile, Australia, and the United States.

Initially, Porsche plans to use eFuels in its top motorsport endeavors, with its current-gen GT3 Cup car already able to run on synthetic fuels. Later on, synthetic fuel could be used as the automaker's initial factory fuel (that is, the included tank of fuel that comes with every new Porsche) and to run cars at Porsche Experience Centers around the world.

The interest in synthetic fuel isn't just a Porsche thing but something the German government holds as well. Earlier in the year, it openly challenged the existing 2035 ICE bans, saying a future consisting of electric or hydrogen-powered cars alone does not make sense and that combustion engines should be allowed to run past that deadline on synthetic fuels. In addition to potentially giving old gas-powered Porsches a new lease on life, the automaker says its eFuels could be valuable to other transport sectors that have yet to find a good alternative energy source, such as aviation and shipping.

It is certifiably too early to tell whether man-made fuels will indeed change the near-future automotive landscape, but as someone who'd much rather hear a screaming flat-six behind him than nothing at all, I hope it all works out.

Got a tip or question for the author about synthetic fuels? You can reach them here: chris.tsui@thedrive.com

The country’s transportation minister is not keen on a purely electric future.