His dad gave the world the original Baja Bug, so it only makes sense for him to do his own take on Baja machinery. 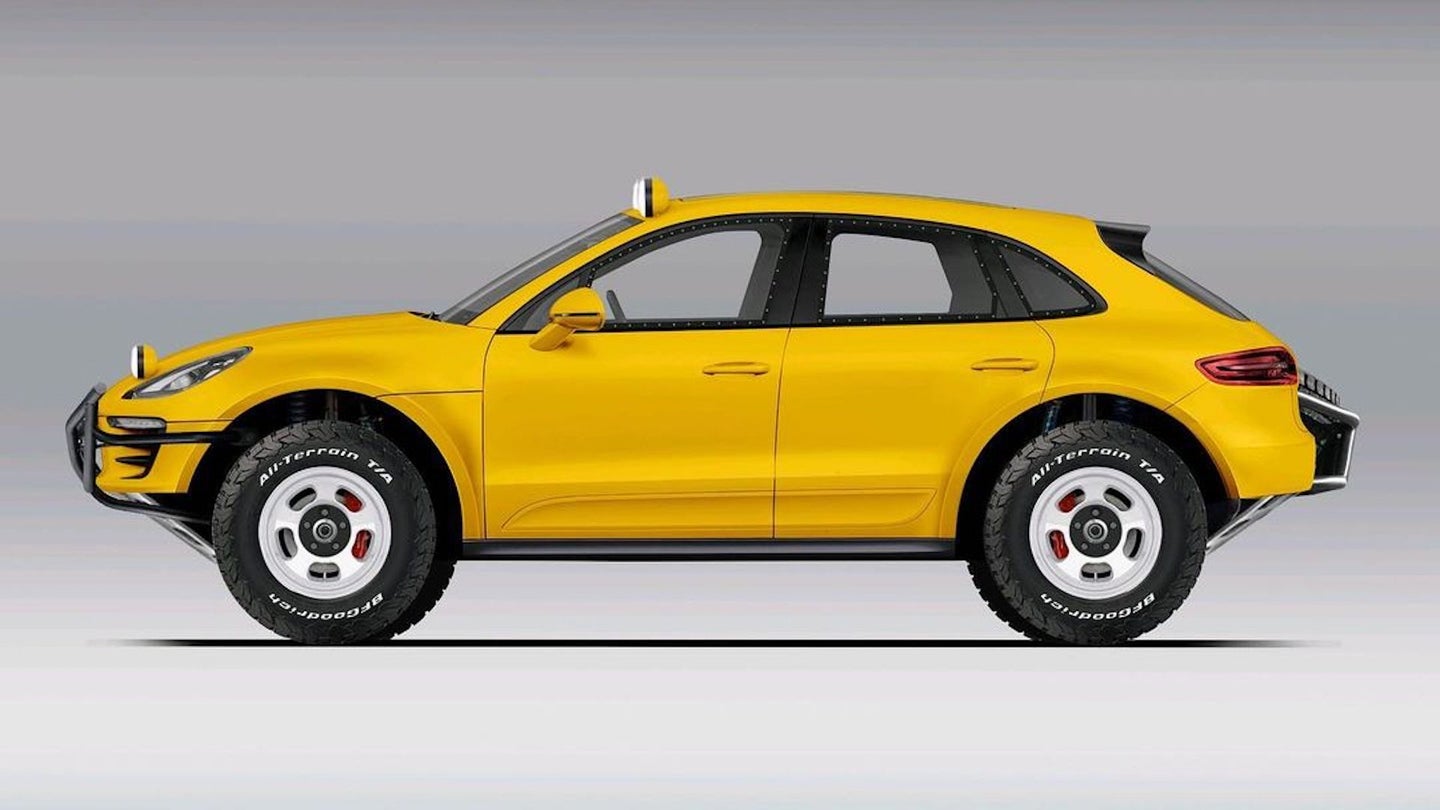 Everyone who laid eyes on the Meyers Manx in the '60s fell in love with it, but getting that love requited was more than many could afford. Californian Volkwagen dealership employee Gary Emory was one such person, and in the spirit of thrifty people everywhere, he devised his own low-budget interpretation. His Baja Bug, as it has become known, inspired both imitators who still race Beetles over the rough stuff today and his son Rod, himself noted for his "outlaw" Porsche builds. And now, Rod's breaking the Porsche-ownership rules once again, this time by building a Baja machine based on the popular Macan SUV.

Emory announced the project last weekend on social media, explaining he has been toying with the idea since 2016 when the entry-level Macan was still new. He didn't specify any technical details of the project, but his concept makes the design direction obvious—it'll get a serious lift, underbody armor, a bull bar, BFGoodrich All-Terrain T/A tires to spare, and enough lighting to make the sun squint.

While it's fair to assume a unibody crossover like the Macan is a poor basis for an off-road vehicle, even the "softer" Porsches have traditionally been exceptions to this rule. For proof, just look to the Cayenne Transsyberia; the machine that proved Porsche wasn't just cashing out with its move into more family-friendly vehicles.

If the heavier, more complex Cayenne could survive more than 4,400 miles across rural Russia and Mongolia, surely a modified Macan is up for anything the briefer Baja can throw at it, should Emory take it racing.

Even if he doesn't, something tells us he'll establish a trend that other Macan owners would be all too pleased to follow.

Three months after Bruce Meyers passed away, we tackled the NORRA Mexican 1000 the way he would’ve wanted.