Subaru WRX and STI Sales Are Down Nearly 90 Percent, But It’s a Long Story

Is the WRX entering a crisis, or is this just a bump in the road? It’s too early to say, but there are a lot of factors at work here. 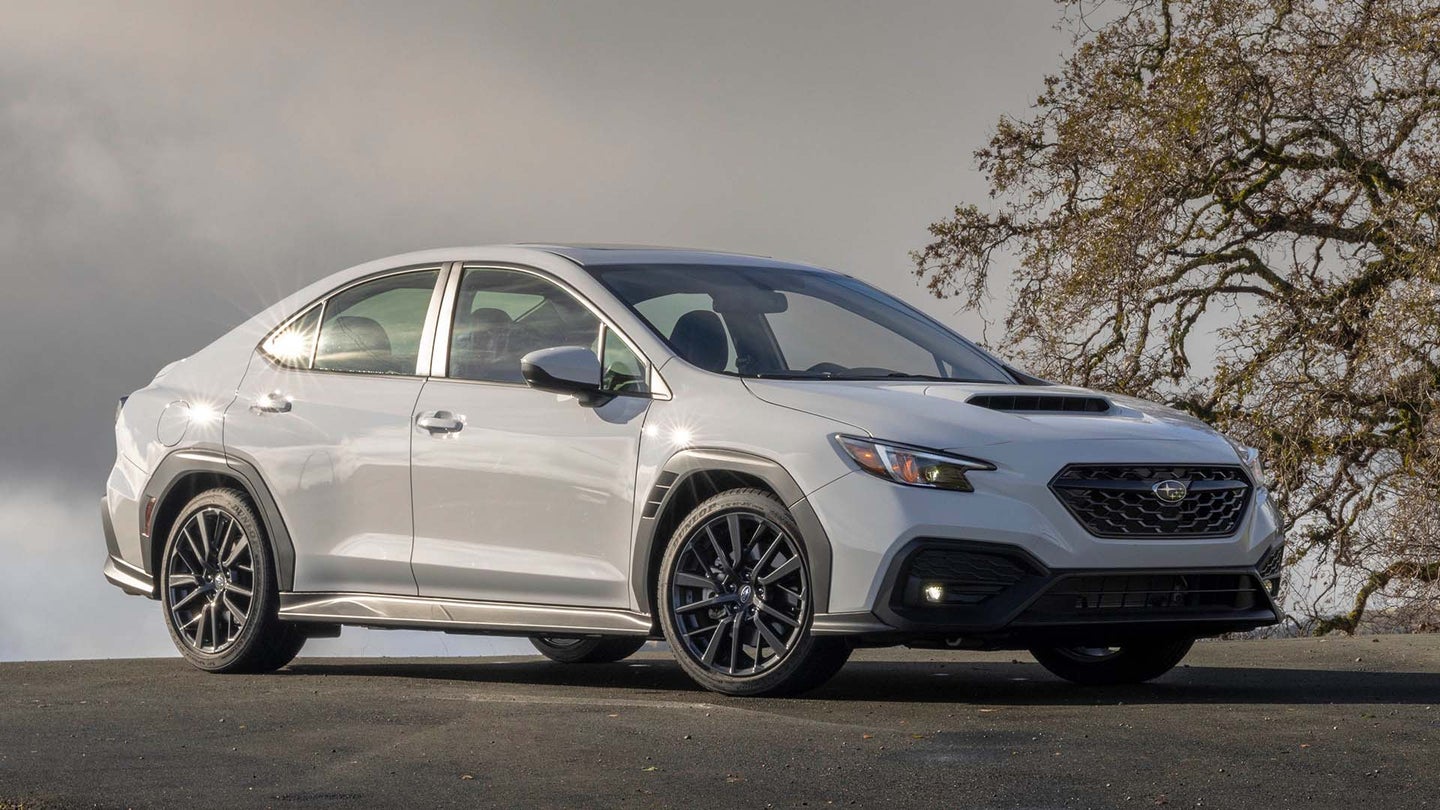 Subaru’s new fifth-generation WRX is off to a rocky start, at least in terms of units sold. The automaker reported at the turn of April that sales of the WRX and STI were down a whopping 89.7 percent in the first quarter of 2022. In total, it moved just 576 with 204 of those coming in March. So what gives?

On paper, the new WRX is a better car compared to the outgoing model. We've driven it more than once, finding that it's more potent than the generation it replaces—even if this new car is more mature. And before you get started on the plastic body cladding, looks are subjective.

Looking at the bigger automotive landscape, it's important to note that Subaru is just as susceptible to the same supply chain woes as every other car company.  When I visited my local Toyota dealership in Ohio, the only new car they had was a very sad, beige Camry. If a manufacturing juggernaut like Toyota can't keep dealer lots stocked with inventory, then imagine how tough it is for Subaru to crank out enthusiast sedans that admittedly appeal to a much smaller portion of buyers.

And did I mention that the WRX is new, as in, really new? Subaru just launched the fifth generation this year, reporting only 31 sales in February. Obviously, something this fresh on the scene is going to take time to establish itself—for example, neither of the two Subaru dealerships I visited close to my home even had a WRX.

The elephant in the room, then, is the lack of a new STI. Though Subaru doesn't break down sales by variants, not having the usual top-trim version of your halo car can and will simmer excitement for some enthusiasts. Let's hope for Subaru's sake as well as our own that the eventually electrified STI will be worth the wait.

Subaru was just one of many automakers who saw sales figures plummet in Q1 2022. Volume was down for most of its models, save for the Ascent, Crosstrek, and BRZ. It's likely that WRX production and, in turn, sales will ramp up in the coming months, but the car's simply different than those that preceded it.