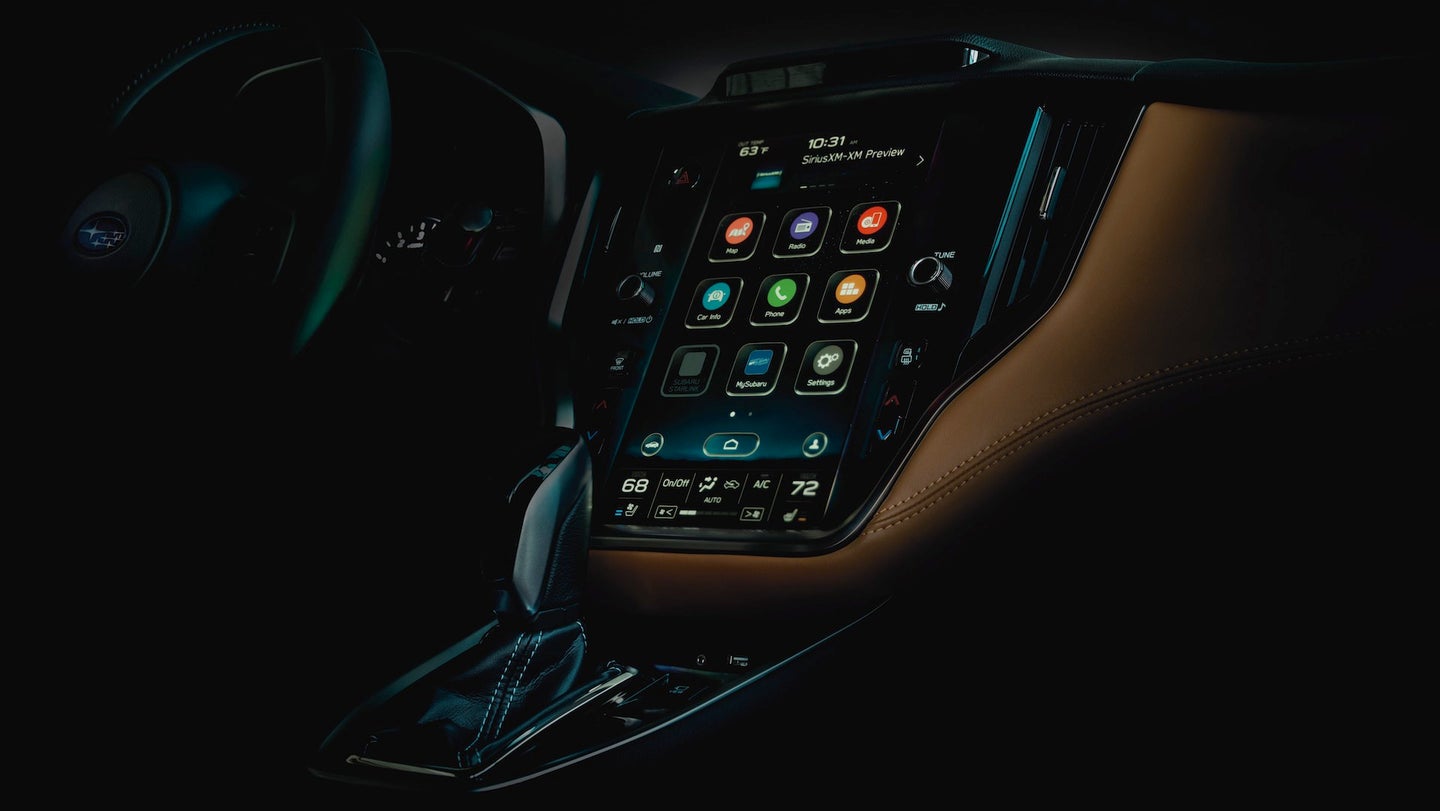 Ahead of a full reveal at next week's 2019 Chicago Auto Show, Subaru has released a couple of teaser images for the all-new 2020 Legacy. Judging from the single, poorly lit exterior shot, Subaru's next midsize sedan will look like...a textbook, three-box, Japanese midsize sedan. No Honda Accord-like sloping rooflines to be found here. Once inside, however, Subaru appears to have been a little more adventurous.

Dominating the 2020 Legacy's dashboard is a massive, vertically mounted infotainment screen that takes clear inspiration from the futuristic setups found in Tesla's Model S and X.

Sandwiched between a "status bar" area at the top and HVAC controls at the bottom is a smartphone-style grid of large icons occupants can use to control various aspects of the Legacy's infotainment system. The screen is flanked by a volume knob (thank God), a tuning knob, and several hard buttons to control front and rear defrosters as well as adjust the dual-zone, automatic climate control.

All of this appears to be surrounded in a pretty conventional interior reminiscent of the current Impreza. Normal gear selector, normal Subaru steering wheel with a normal-looking tachometer peeking through behind it, and a pair of vertical, trapezoidal air vents on either side of the center stack. It's surrounded by some plush-looking, stitched brown material that probably makes the car feel a lot homier and less like something you'd grab off the Enterprise lot.

As the world continues to snap up crossovers like mad, the 2020 Subaru Legacy will join the stalwart Toyota Camry, the aforementioned Honda Accord, the luxurious Mazda 6, Nissan's Altima, and the recently updated Volkswagen Passat in holding down the midsize sedan fort.

The factory was originally closed due to a possible power steering defect on JDM Impreza, Forester, and XV models.

The company’s next mid-size sedan hopes to keep them thriving in the segment.