It sounds crazy, but hear me out. 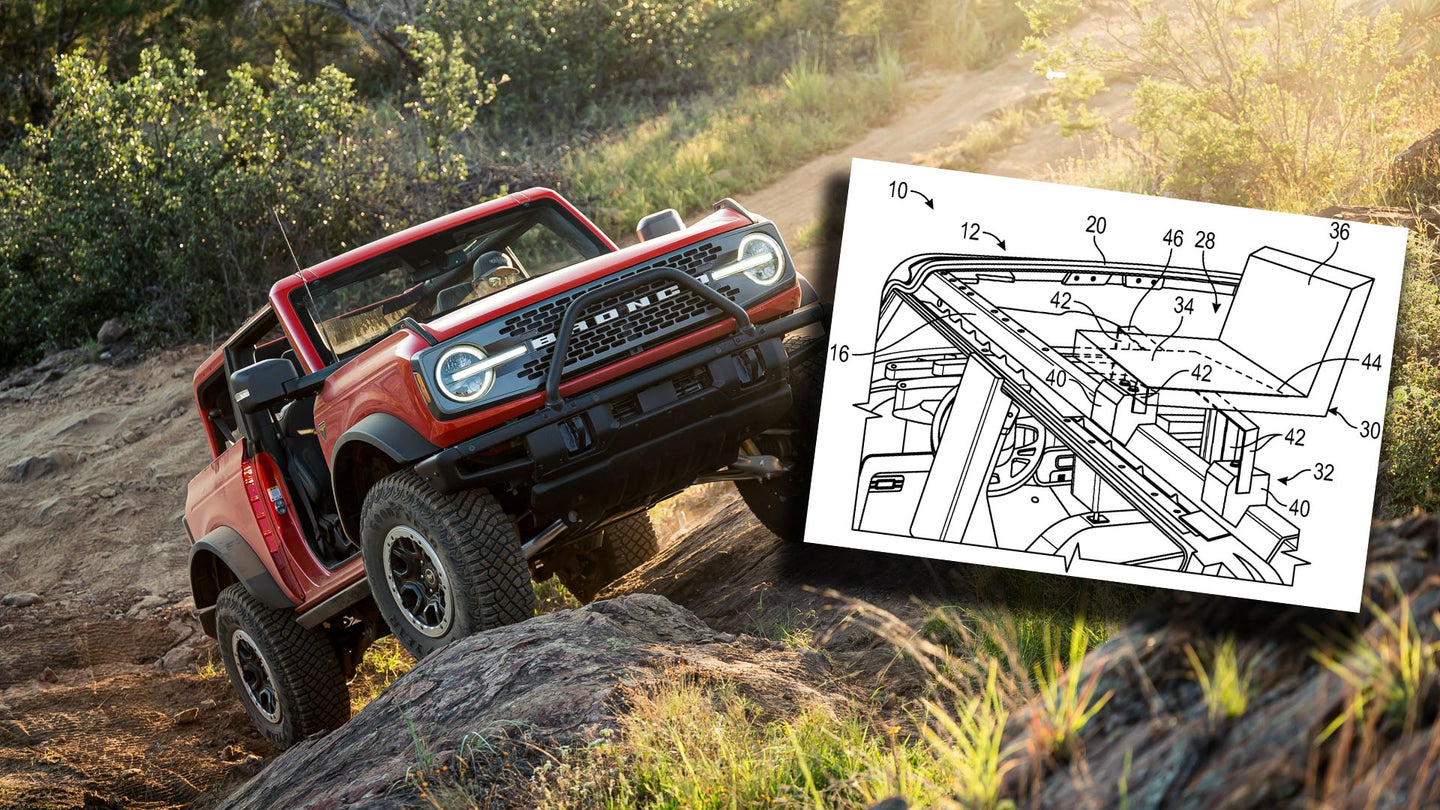 There are few pleasures in life that rival sitting on top of your car, miles from anyone in the middle of the wilderness, staring up at the vast inky-black sky painted with stars. Ford apparently understands this as much as I do and wants to patent a roof-rail-mounted chair for "camping and tailgating activities."

The patent concept is relatively straightforward. On vehicles with removable roofs (like, say, a Bronco, which that drawing is quite reminiscent of), the seat would mount directly to the exposed roof rail. The seat itself would swivel, and in the patent application, Ford details various possible features: a seat heater, built-in speakers, a battery charger, lighted cup holders, reading lamps, and a load equalizer—the last of which presumably will help keep people who sit strangely, as I do, from falling off the top of their trucks.

The patent application further details that all of these electronics built into the seat would interface directly with the ECU so that if the wear on the battery is too strong, the truck will automatically turn on, to prevent your seat speakers from stranding you in the middle of a campground. Less crucial to safety but just as important to partying is that the ECU could also control an array of lights for partying.

Another illustration shows how the chairs could be part of an integrated rooftop system that allows for seats and tables to be folded up easily and stored without removing them entirely from the roof rails. Regardless of the final implementation, the mounting mechanism for the chairs is a pretty standard roof-rail system, using a locking pin inserted directly into the roof rail.

Personally, I like the idea. When I'm out camping I find myself gingerly trying to sit on my van's roof as I stare at the night sky, taking care to not cave in the sheet metal. Having a chair slapped right on my roof, designed to be there, with a battery pack built directly in so I could keep writing all night long? Sign me up.