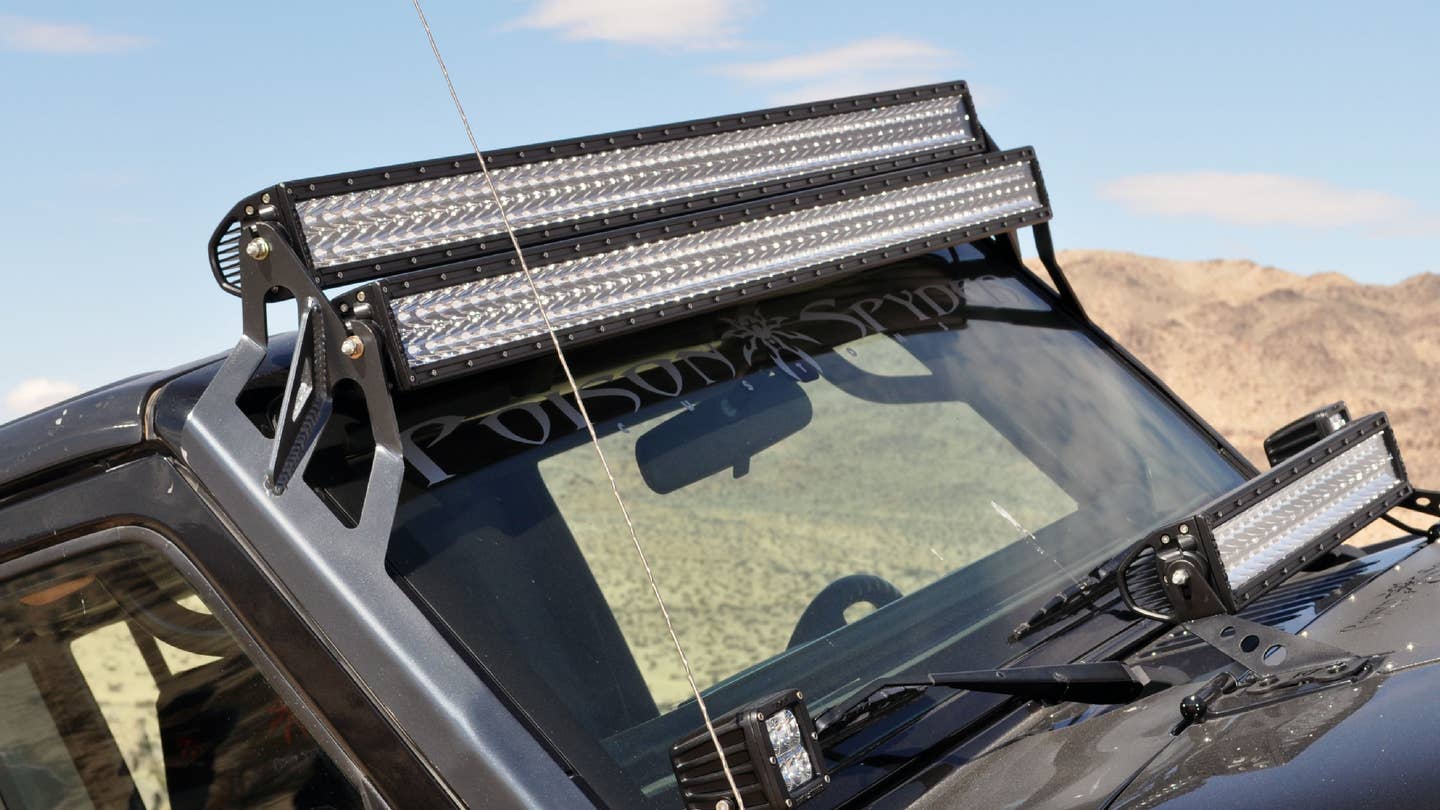 The cab visor was and still remains the most redneck truck accessory ever and somehow they used to be kind of awesome, too. How can we forget the two-tone Silverados with Lund MoonVisors, fiberglass side steps and some sort of raised bed spoiler? Memories. This particular fad was (unofficially) acceptable for exactly two summers in the early ‘90s yet somehow remained in truck culture for decades. Typically, those who still rock these atrocious sun blockers have fine-tuned their mullet over the years and vehemently believe the confederate flag stands for, “Heritage, not hate.”  If you’re really lucky, you can still catch a glimpse of these rare vehicles with their horizontal brows in the wild but if you need a refresher, here’s a little gallery of throwback lighted cab visors:

This terrible truck trend is back in the form of its unsightly family member, the roof-mounted LED light bar. At first, the connection seems far-fetched but if we dig a little deeper, the similarities are glaring. Just like the lighted Lund MoonVisor once did, the roof-mounted LED light bars run straight across the forehead of the truck. It’s hard to fathom this being attractive to anyone and perhaps it’s precisely that unconformity that deemed both attractive at one point.

Make no mistake, I fully embrace thoughtfully-positioned LED lights for the sake of functionality. If it weren’t for the light bar on our FJ Cruiser (attached to the bull bar), our most recent trip to the mountains would have been disastrous. However, if we’re being honest, how many people buy LED bars for function and how many install ‘em to flash their buddies as they’re passing or terrorize on-coming motorists?

So how did this useful gizmo become a fad so quickly? Let’s start with price. The cheaper they got, the more raggedy trucks with spacer lifts were equipped with them. You can easily score a 52-inch LED bar for $55.99 on eBay - shipped! However, there are still very expensive, high-end light bars out there produced by some amazing companies. The industry leader, Rigid Industries still makes a 108-LED, 28,000-lumen 54” LED bar that retails for over $2100.

So are LED lights preparing for their death bed like the lighted cab visor? Not any time soon. The top off-road outfitters have found more discreet methods to integrate them into their builds and companies like Rigid Industries are making new styles that are more compact and fit in more desirable locations. On top of that, the new ADAPT series from Rigid Industries that feature selectable beam patterns and adapt to varying driving conditions instantly.