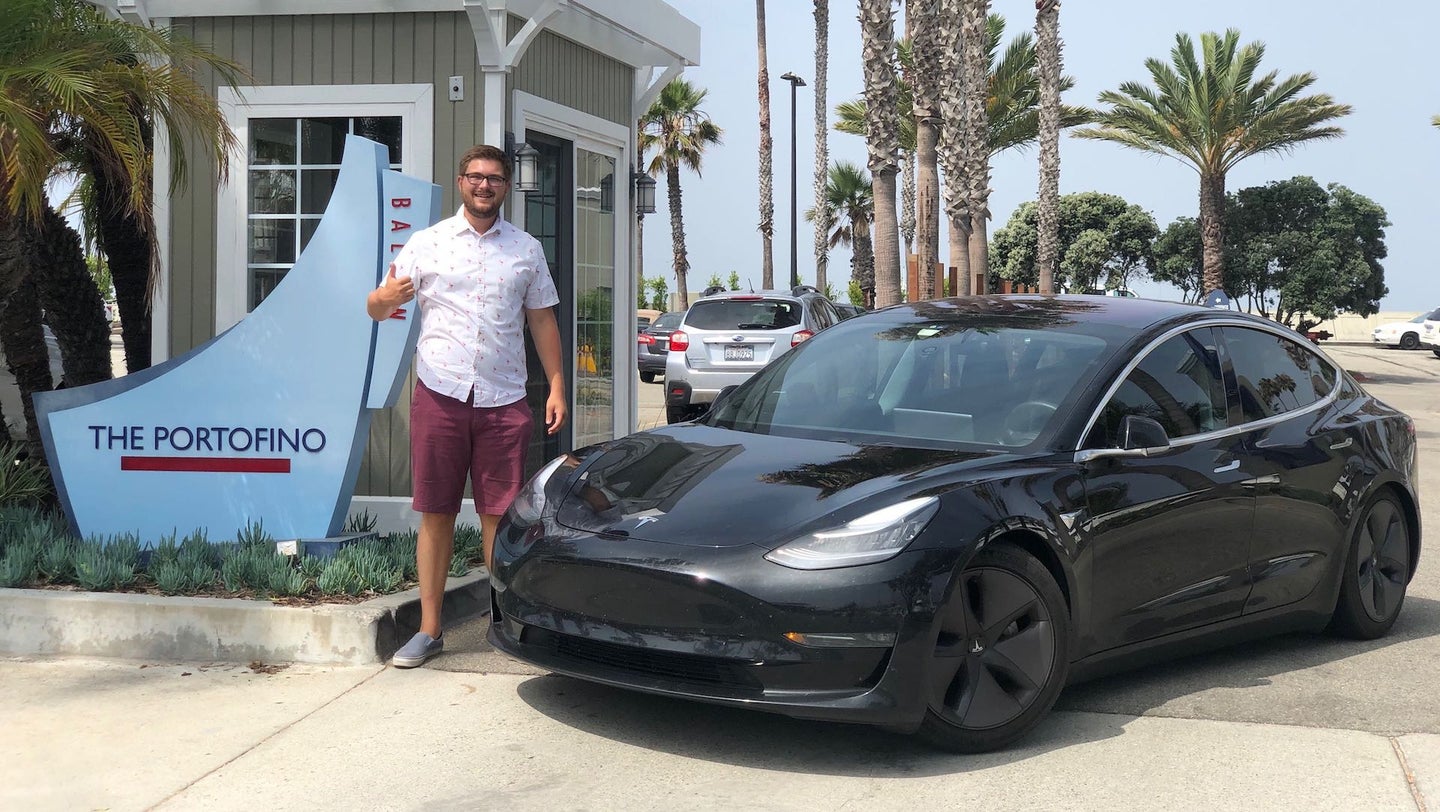 "Records are made to be broken," or so the saying goes. Breaking a record, especially twice within the span of a single day, however, is almost unheard of. Electrified records even more so. Yet, that’s what recently happened to the EV Cannonball Run record, which was previously set by The Drive’s own Alex Roy two years ago. In both instances, they were set in Tesla Model 3s.

There’s something quintessentially American about cross-country road trips. Even more so when you decide you’re going to Cannonball the trip, making your way across the Plains of the Midwest, deserts of the South, and rainy roadways coming to the East Coast as fast as a car allows. It’s a test of skill, bravery, stupidity, and also of strategy as you need to have a strategy if you’re going to break a record. Cannonballing itself has a long history, but in recent years has fallen out of favor as it’s become far harder to accomplish and beat records.

With the adoption of EVs, however, records are back on the table. One of the most recent records occurred in 2018 when Alex Roy and Dan Zorrilla left the Portofino Inn in Redondo Beach, California piloting a Tesla Model 3 with a final destination of the Red Ball Garage in New York City, the traditional start and endpoint for the Cannonball Run. But as mentioned, two teams recently beat Roy and Zorrilla’s 50 hours and 16-minute record, first by two hours, and then by five.

Comprised of Lars Thomsen, his wife Betty, and their daughter Robin who just got her license, the first trio set off and completed the coast-to-coast trek in just 48 hours and 10 minutes behind the wheel of a Tesla Model 3 Long Range RWD. The original plan was that the family would go on vacation to the United States and rent a Tesla for their trip. But the idea of the record popped into the family’s collective consciousness and the rest was most definitely not anywhere near the standard family vacation.

According to the video the Swiss family uploaded, the three driver's averaged 58.9 miles per hour over the 2,800-mile trip. Nineteen stops at Superchargers helped propel the Tesla further, while according to the family, Tesla’s Autopilot advanced driver assistance system helped reduce the fatigue normally associated with long runs. The family also took a full time-lapse of their journey. However, the traveling family’s time held the record for all of a day as a young man named Kyle Conner of Out of Spec and co-driver Matthew Davis took their own Tesla Model 3 from New York to Los Angeles in just 45 hours and 16 minutes.

The Drive spoke to Conner after the pair had completed their run and found out that the Model 3 in question was a Long Range RWD variant, just like the Thomsen family, but had a few choice modifications such as lowering the car for better aerodynamics. Unlike the Thomsen’s, though, Conner and Davis rarely used Tesla’s Autopilot software, as according to Conner, “We were going for speed.”

“I am excited to have beaten the record and show EV technology is improving rapidly," Conner also told The Drive. "Will be great to watch the crossing times decrease over the next few years as we see faster charging and more efficiency allowing for higher cruising speeds. I believe under 40 hours in an EV will happen soon.” And we agree.

Though the internal combustion engine won’t ever fully die, its records look vulnerable. We’ve already seen records like Pike’s Peak, the Nurburgring, the EV distance record, and more are sure to follow, including the overall Cannonball record.

The Drive’s Alex Roy has this to say of Conner and Davis’ and the Thomsen’s records: "Records are meant to be broken, and I congratulate both teams that broke the EV record today. The EV records still have a long way to go before approaching ICE Cannonball times. The ICE Cannonball record will inevitably fall to an EV. The only question is when."

EVs are coming for enthusiast records, and it signals a bright future for all who love the idiocy of the automobile.