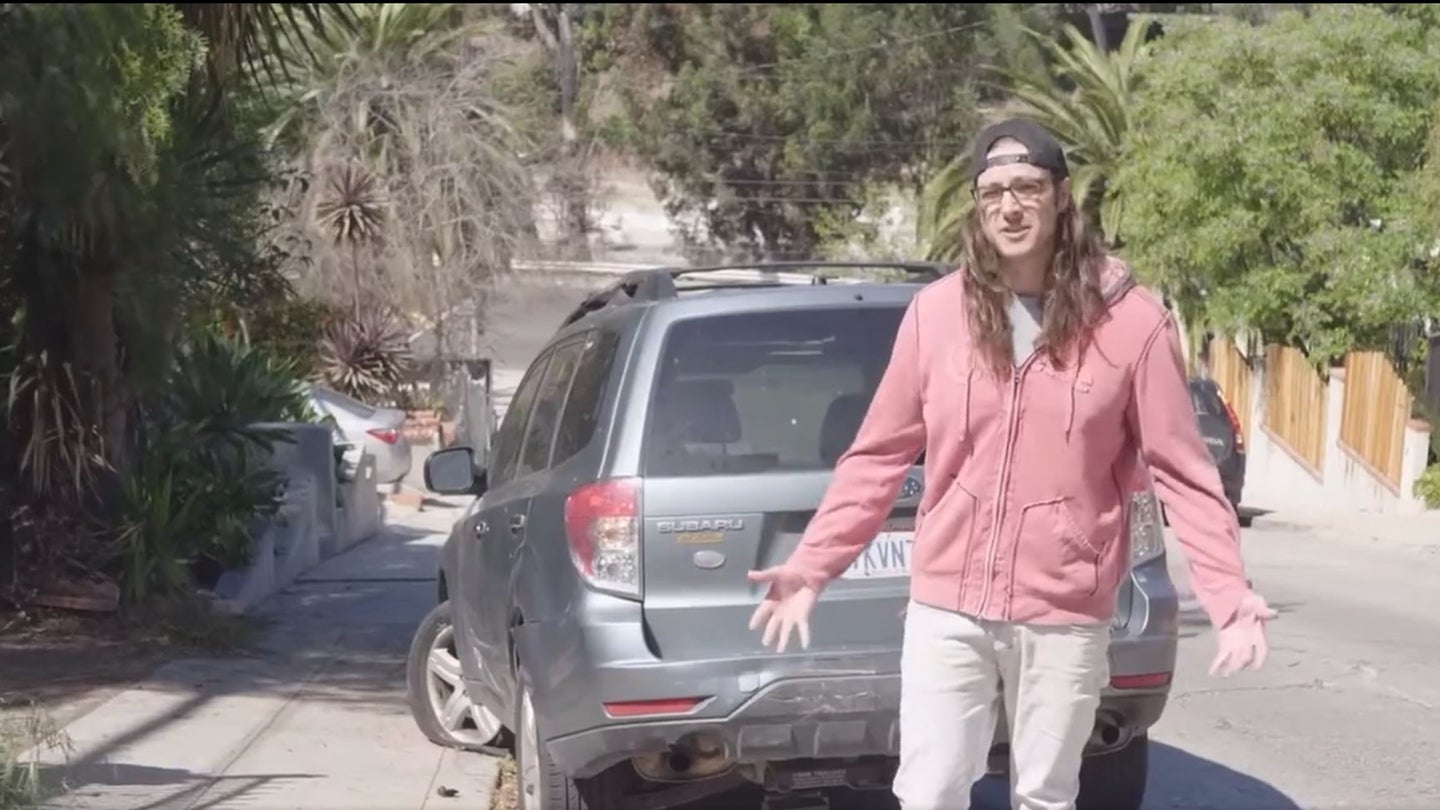 Last week, someone—police are still unsure who—rented a Tesla Model S from Enterprise and jumped it over a street in Los Angeles' Echo Park neighborhood, completely annihilating the Tesla. Unfortunately, upon landing the EV, the driver lost control of the Tesla and slammed into a street-parked Subaru Forester, totaling it. Now, at the very least, the Subaru owner has had a successful fundraiser so he can replace his destroyed car.

Jordan Hook explained that he had just spent $5,000 replacing a blown motor in his Subaru in a GoFundMe post he set up to raise funds for a new car, and as a result, his savings were wiped out. The Forester was his only means of transportation, which meant that the stunt had cost him his ability to get around. In only two days, however, Hook's fundraiser has brought in $22,551, helping him break his original $20,000 goal. This should hopefully allow him to replace the wrecked car, and it feels like a rare bright spot in the entire Tesla jump saga, which has been filled with controversy as one internet personality attempted to claim credit for the jump and then walked it back immediately after.

The fundraiser itself had its own controversy as Hook had originally posted a video of the jump and its aftermath as context and proof of his predicament, to which YouTuber Alex Choi responded with a copyright claim that removed the video from the fundraiser. Choi later, in a since-deleted tweet, said that he filed a DMCA complaint as the fundraiser was "defamatory" for implying that he had organized the stunt, which he has denied. The YouTuber then donated $2,000 to Hook's campaign with the comment "Hope you get your Justice serviced. Here is probably all the ad revenue I’ll get from my video." Not content with allowing Choi to have the highest donation on the page, a contributor donated $2,001 afterward.

The Drive reached out to Hook for comment but didn't hear back in time for publication. While justice still hasn't been served, as no one has taken responsibility for jumping the Tesla, at the very least Hook can get a new car. It's not a happy ending, but it's a lot better than it was a few days ago.

Don’t think the Forester became any less comfortable or practical with the extra off-roading hardware.