Bold Woman Jumps On Her Subaru Outback As It's Being Stolen

Hey lady, let's not do that again. 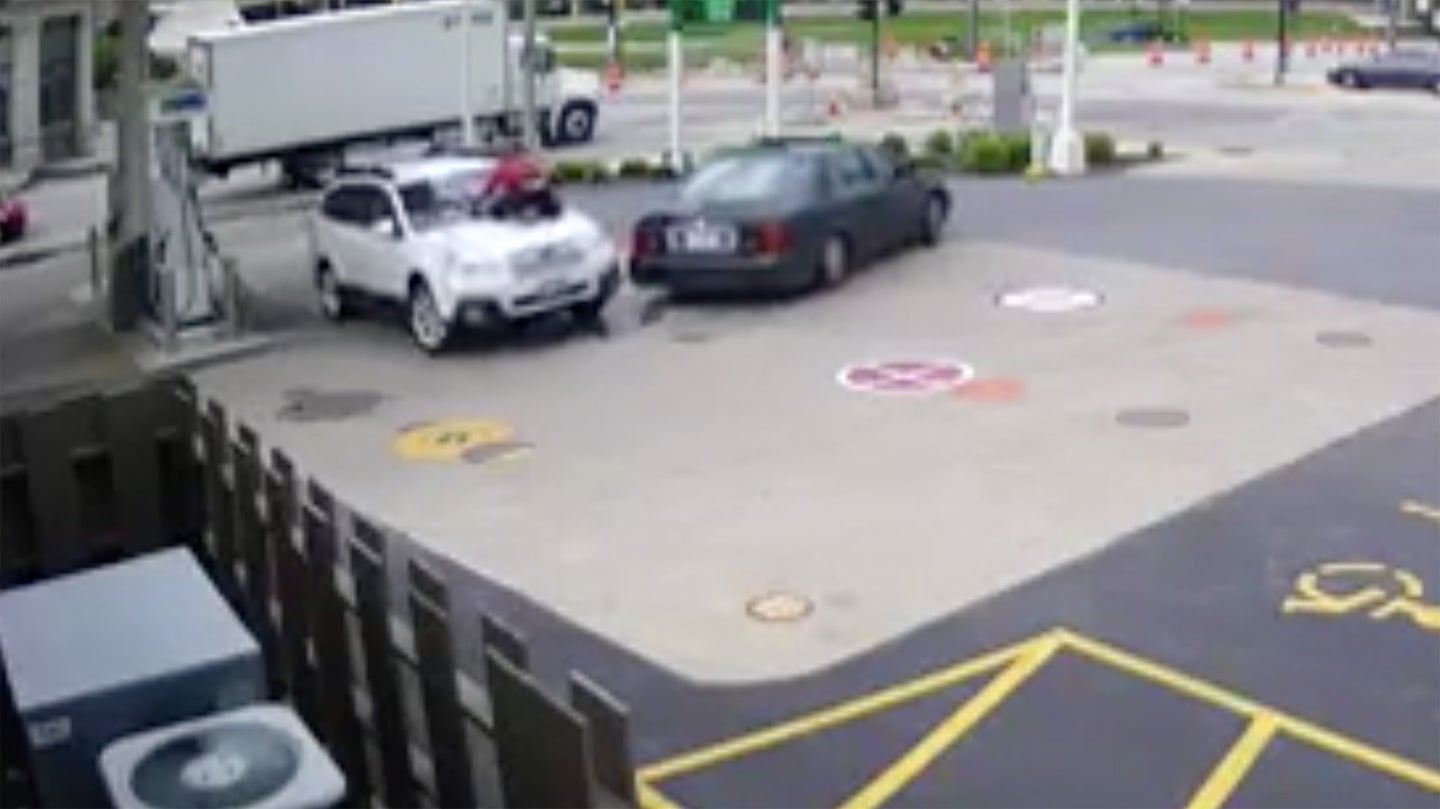 There are many ways one can react when their car is getting stolen. You can yell to the high heavens, quietly accept you are losing the second most expensive thing you own (assuming you aren't renting, or homeless), call the authorities, or act like the woman in the video below. Actually, we at The Drive highly recommend you don't follow in her footsteps.

The video begins with our heroine filling up her white Subaru Outback at a gas pump in Milwaukee, Wisconsin when a black Cadillac pulls up and the thief jumps out. The thief quickly makes his way to the driver's seat and attempts to pull away. As he is doing so, she jumps on the hood of the car, literally risking her life as he tries to exit the gas station.

There is really only one instance where such actions would be somewhat understandable—that would be if your kids are in the car. If little Joey was in the back seat during this ordeal, most people would do anything in their own power to prevent the thief from getting away. However, if your car is free of little rascals, there is no way to justify putting your life in danger.

Instead, one should calmly call the authorities, provide their exact location, describe the incident that took place as well as the suspect, and proceed to file an insurance claim. It's a terrible thing to experience, but it's not worth losing your life.

It is unclear why this particular thief bailed on the attempted grand theft auto. Our guess is he didn't want to add charges like assault with a deadly weapon to his rap sheet.