And he’s currently on probation for grand theft auto. 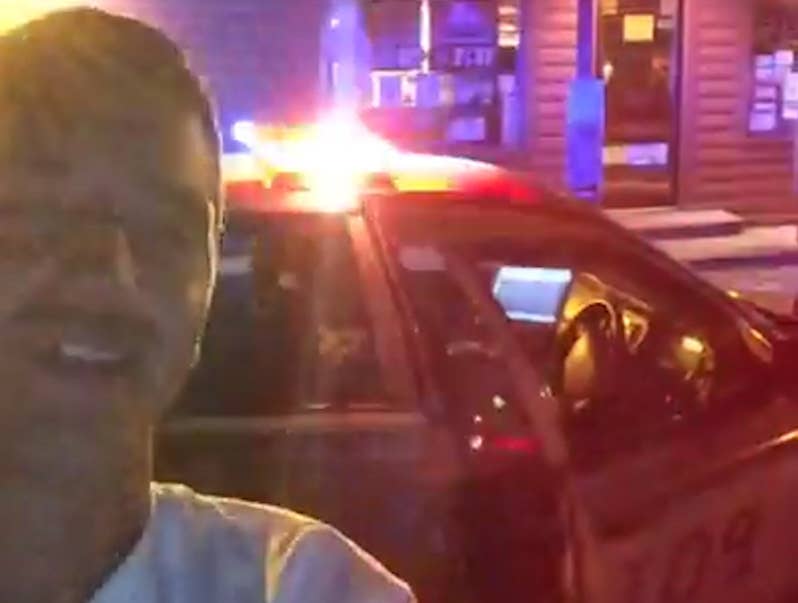 It’s difficult to identify the singular most stupid thing Oklahoma resident John Pinney did on Monday night. The 25-year-old Tulsa man, currently out on probation for grand theft auto, stole a police cruiser, hit 100 miles an hour in neighborhoods where kids were out trick or treating for Halloween, and decided to post live videos of himself being chased on Facebook. That’s just so much dumb right there.

Pinney spotted a Tulsa Police Department cruiser at 8pm after an officer went on her break and left the car unlocked with the keys inside. Hopping in, he allegedly used a police iPad left in the car to log onto his Facebook account and complete four Live videos. “I’m in the cop car. Where my sirens at?” he chirps at one point, before finding the right button. “I can’t even believe that I’m doing this though, for real. I got away from like five cops already,” he says in another video. Pinney's Facebook Live videos have been viewed more than 60,000 times, and – as of publication time – are still up.

Oddly, Pinney was able to evade capture for up to 40 minutes. He also allegedly pulled up to a woman on the street and offered her a ride, though the stranger declined and instead dialed 911. Tulsa officers apparently briefly lost him before police from the neighboring city of Skiatook found him and continued the chase. Pinney was eventually arrested at his house, with some of the officers getting their licks in, if his bloody mugshot is any indication.

Pinney has been charged with impersonating a police officer, auto theft, failing to wear a seatbelt, eluding, resisting arrest and possession of a firearm. There’s no charge for being a grade A moron, sadly. While the Tulsa police likely aren’t pleased with an officer carelessly leaving the keys inside an unlocked cruiser, they were extremely happy that Pinney decided to shoot his video series. “I would encourage every criminal out there to Facebook Live their crimes so that we can catch you a lot easier, and use that video at your trial to get a better conviction,” Tulsa police sergeant Steve Stoltz told a local TV station.

Watch some of his video from the chase below.