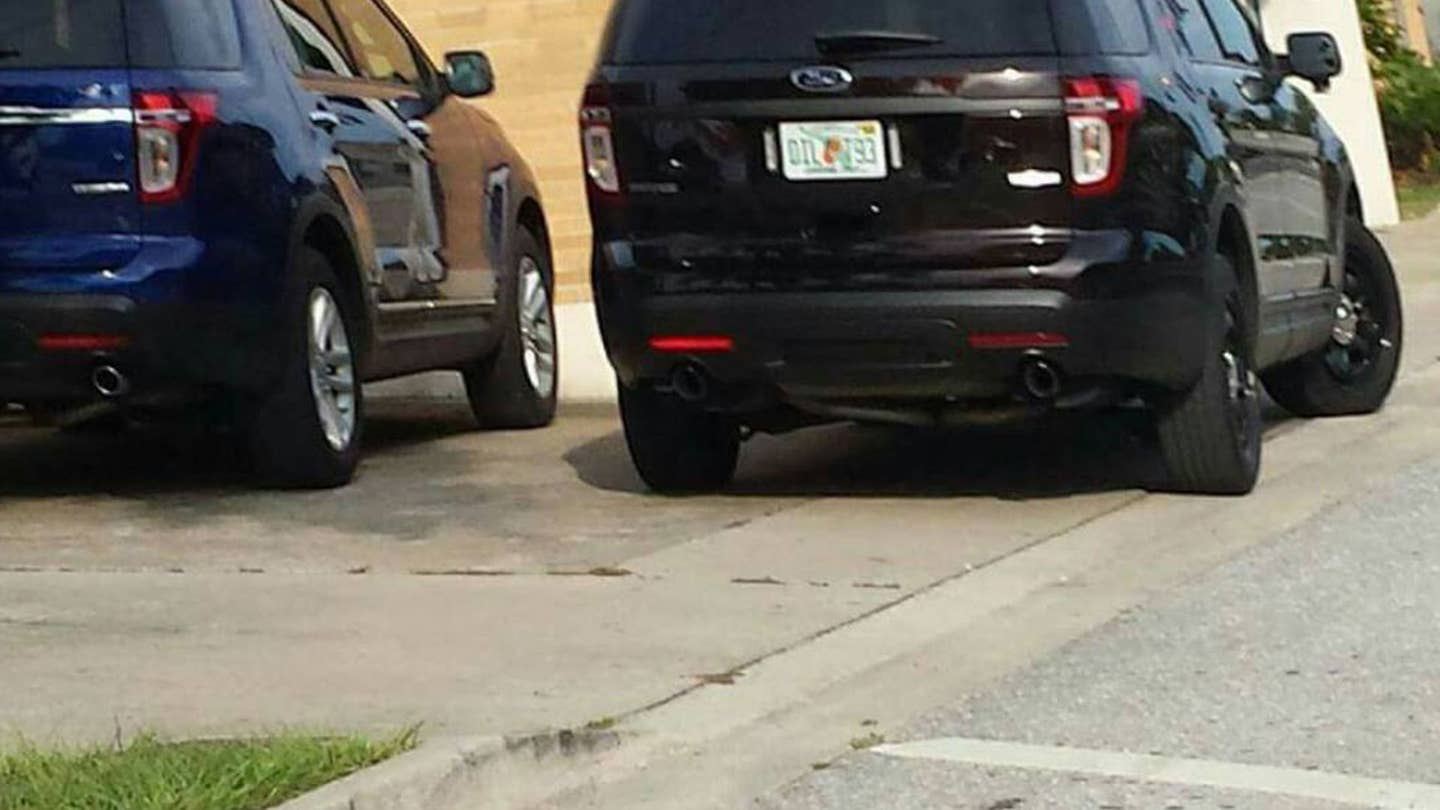 When a Florida police chief was called out on Facebook for illegally parking his cruiser in a sidewalk, he could have easily ignored it and gone about his merry way. But Chief Melvin Smith Tennyson knew, as another Tennyson once said, it is better not be at all than not be noble. So the good chief issued himself a parking ticket for the infraction.

On May 10, David Bires, who lives in neighboring Mascotte, FL, spotted one of the Groveland Police Department's Ford Police Interceptor SUVs parked on the walkway beside the street. Bires, whose Facebook profile picture appears to show him in a wheelchair, posted a couple of pictures of the errantly parked cop car blocking the footpath, along with a note expressing his outrage.

Less than 24 hours later, the Groveland Police Department posted a rebuttal on their own Facebook page. Not a haughty justification or a casual brush-off, mind you. No, the department offered an apology letter from Chief Tennyson himself, along with a picture of the receipt for the $45.00 fine he paid for his parking malfeasance. As you can see below, the good police chief may not write with the eloquence of his namesake, but you can't fault his honesty.

(Amusingly, the department head made the ticket out to "Chief Tennyson," which briefly led The Drive to wonder whether he had been destined for his job since birth.)

We applaud Chief Tennyson for being man enough to admit when he was wrong, and to pay the consequences. Furthermore, we hope that not only will other police departments follow in the Groveland P.D.'s example, but that America's citizenry will hold them accountable if they do not. Up to and including forcing illegally-parked police officers to march naked through the street.