He was so casual about it, it looked like he owned the patrol car. 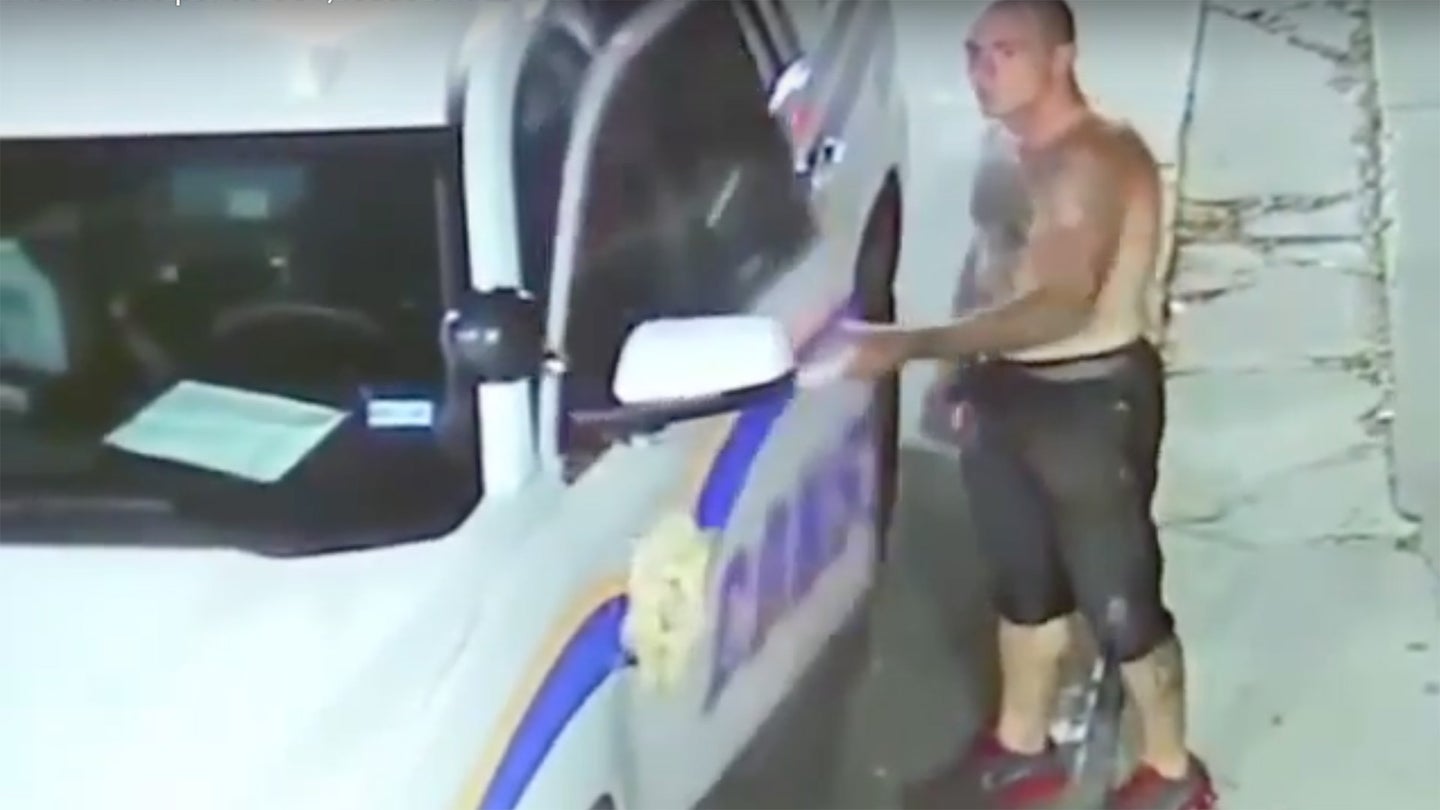 A lot of work in the emergency services revolve around finding a routine and performing daily actions in a certain way. Unfortunately, one common habit that comes about as a result of this is that first responders often leave their trucks or cars running during a call. Almost everyone in the general population wouldn't dare touch an emergency vehicle...but then again, all you need is one bad person to steal a car.

Unfortunately, the dangerous reality of leaving a vehicle unsecured became abundantly clear for one Houston, Texas police officer that was investigating an attempting robbery of a convenience store. The officer's Chevrolet Tahoe was left running with the keys in the ignition, when a shirtless robbery suspect casually strolled over to the vehicle and stole it—and the whole thing was caught on camera.

In the CCTV video, you can see shirtless Brandon Ramiro Cantu sneak up to the officer's Tahoe and drive away. Cantu briefly led police on a chase before crashing into a ditch and fleeing. After leaving the gas station parking lot. Cantu apparently went to his ex-wife's house, assaulting her and another male. Cantu was eventually caught by authorities and charged with aggravated assault of a family member, aggravated assault with a deadly weapon, auto theft, and evading arrest.

This isn't the first time this has happened in the emergency services, in fact, it has happened countless times among fire, police and EMS. Although certain departments mandate the vehicle is shut off and locked before exiting, that is not always possible, especially depending on weather conditions.