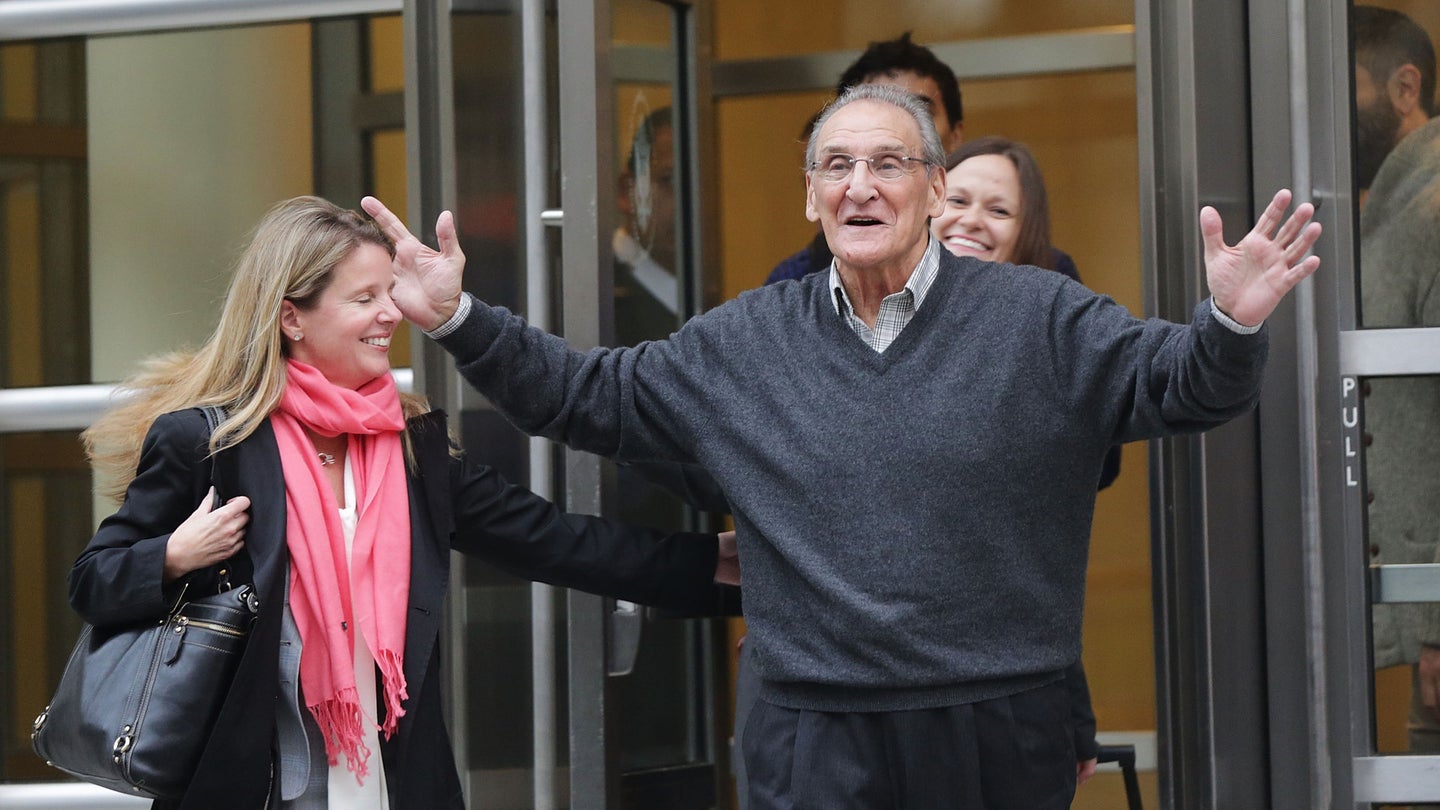 We've all been there—you're sitting at a red light, and some jackass in the next lane cuts you off right when it turns green. You might lean on the horn, or just wave your arms in frustration and talk like the other driver can hear you. But if you're reputed former high-ranking Bonanno crime family member Vincent Asaro, turns out what you do is (allegedly, of course) chase the unfortunate soul for a while, use your mob connections to find his address, case the neighborhood until you spot the car, then send a squad of three goons to torch the damn thing in the middle of the night.

The 82-year-old Asaro was last in the news in 2015, when prosecutors failed to convince a jury that the old mobster has been involved with the planning of the infamous 1978 Lufthansa heist at New York City's John F. Kennedy Airport. The largest cash robbery committed in the U.S. at the time, it was later immortalized in the movie Goodfellas—though Asaro's role was only portrayed through composite characters. And when mastermind Jimmy "The Gent" Burke decided the heist had drawn too much attention and started whacking almost everyone who had participated, Asaro managed to stay off his list.

But prosecutors allege that Asaro slipped up in 2012, claiming his anger got the best of him after a motorist cut him off at a light in Howard Beach in Queens. Asaro allegedly "became enraged" and "chased the other vehicle for a period of time at a high rate of speed," according to a detention memo. (Sadly, the memo doesn't note if Asaro was driving a Town Car or a big old Cadillac.) When the guy got away, Asaro allegedly asked a mob associate to track down his address in nearby Broad Channel, then went along with the associate to visually identify the car before ordering the arson.

The hit squad, which allegdly included the grandson of former Gambino family boss John "Teflon Don" Gotti, piled into Gotti's Jaguar in the middle of the night and stopped at a service station to fill a container with gas, according to the memo. They then allegedly located the poor schmuck's car (can you tell what it was? I've been trying all morning), doused it in gas and set it on fire. A police officer actually witnessed the crime from his unmarked cruiser parked nearby and pursed the men, but the Jaguar's reckless driving forced him to abandon the chase.

The next day, the associate told Asaro that his plan had been carried out. Ever the cautious mobster, Asaro drove past the auto body shop where the burned-out car had been taken to see it for himself, according to authorities.

Asaro's defense lawyer claims he's been living a quiet life and dealing with health problems since his acquittal in the heist trial two years ago, and called the new arrest's timing "suspicious" given that the statute of limitations for the arson case expires at the end of the month. He's being held without bail.