Stuart Little Has a Track Day

A rodent hitches a ride in a racecar during a competition, and the driver is less than pleased. 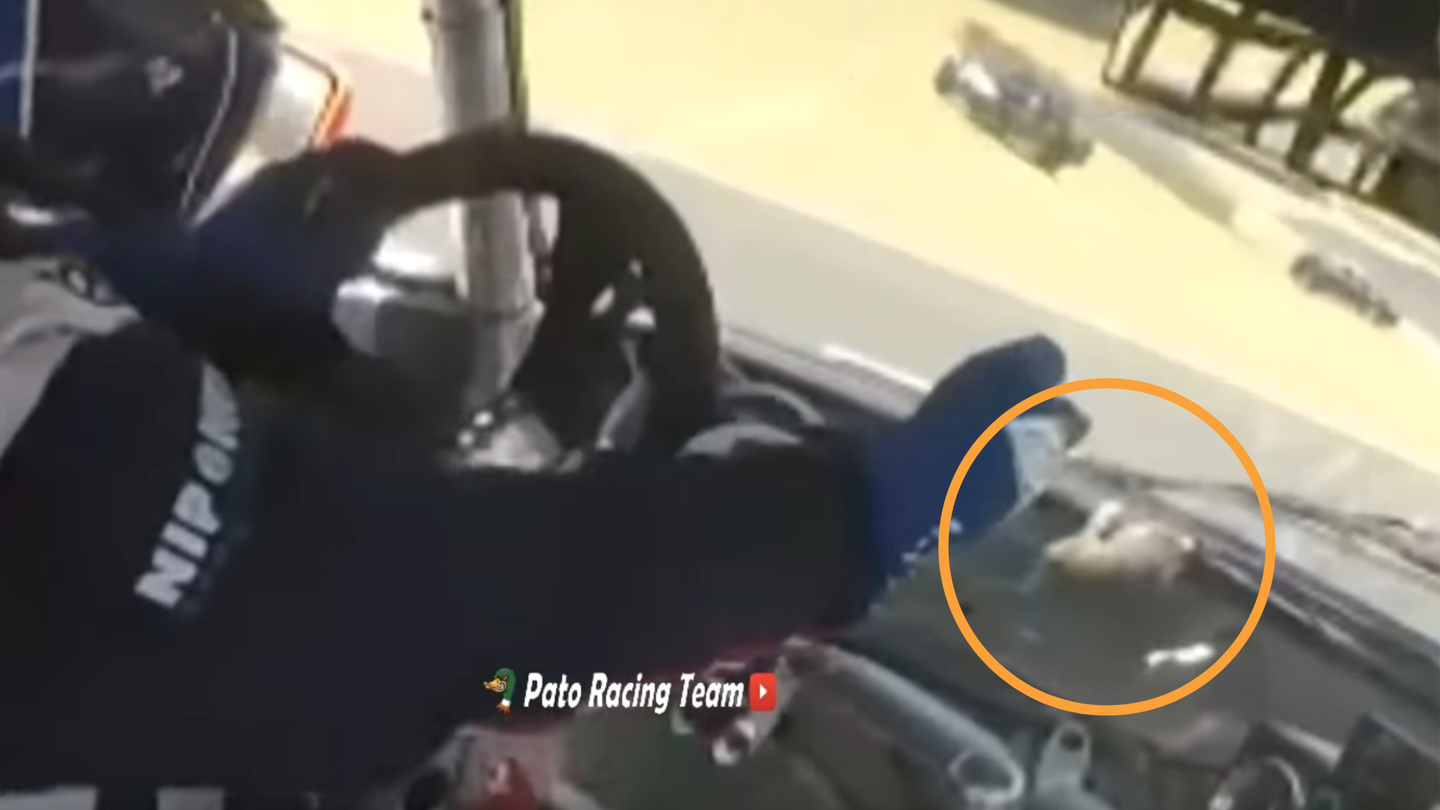 As you may remember from your childhood (or curled up on your couch last night, no judgment), Stuart Little was a boy who looked like a mouse and lived with his family and a cranky cat named Snowbell. In the book version, when a half-frozen songbird named Margalo showed up at their door, the family nursed it back to life and the bird and Stuart became friends. The crux of the story is the long trip Stuart had to make to find Margalo after she had to leave suddenly, piloting a small toy car for the journey. The movie version has more of a Little Orphan Annie feel, but the extended road trip is a plot staple.

Wouldn’t it have been so much faster if Stuart could have hitched a ride in a racecar? One mouse in Argentina thought it would try out that theory and found its way to the dashboard at high speed. During a competition, no less.

In the video, the driver seems agitated. Pointing and gesturing to the rodent, he has to keep driving but it’s certainly a distraction as he is passed on the left. I can’t tell how fast the car is going, but you have to be impressed by the tenacity of this tiny creature as it holds on for dear life. Inching along, it explores along the edge in front of the driver and settles in right in the middle. Maybe the view is best there. Maybe it’s auditioning to be a co-driver. Maybe it's trying to learn how to drive a manual transmission.

This is not the first mouse to show up in a moving car and won't be the last. Can't keep the creatures from hitchhiking (or peeing in garaged cars), apparently.

If a snail can dream about being a racecar driver (referring to DreamWorks’ animated mollusk Turbo) then why not a mouse? No word on whether or not the driver won his race, but if he didn’t, I have a feeling the mouse is going to be evicted very quickly if it hasn’t already. I don’t blame the animal for wanting a track day; we’d all like to have one every now and again.

As always, Reddit commenters didn't disappoint with hilarious comments; "How about that ratback exhaust system?" is my favorite.

Have a comment or tip? Leave it below or send a note to kristin.shaw@thedrive.com.

The iconic super car’s first wash in 20 years is a harrowing effort.