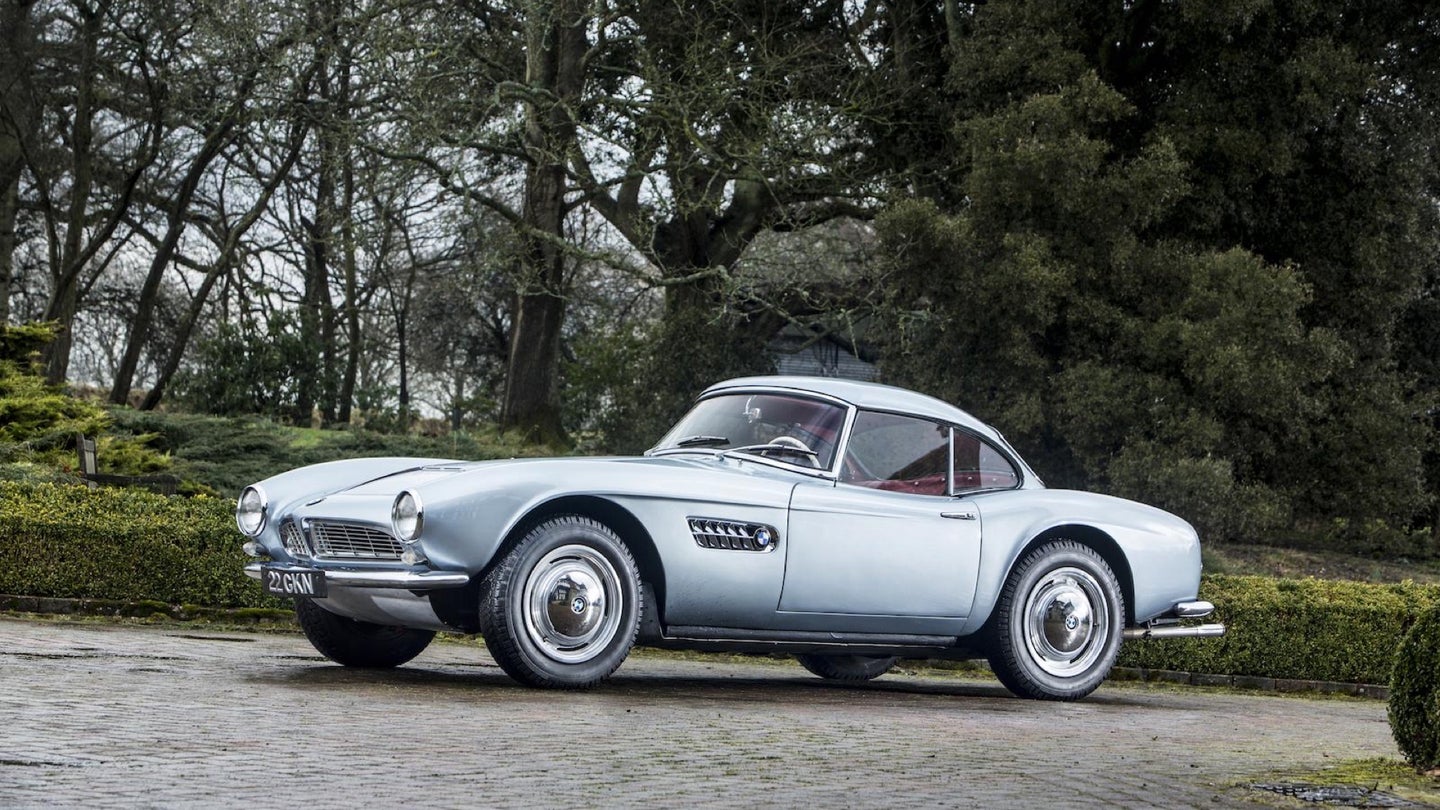 Straight from the estate of the late, great, record-breaking John Surtees, this one-owner 1957 BMW 507 Roadster is slated to cross the auction block at the Goodwood Festival of Speed Sale July 13.

Acquired new by Surtees, the 507 remained in his possession up until his passing last March. But this wasn’t just your straight off the lot purchase. With a steed this beautiful comes an equally gorgeous tale.

The story goes that Surtees, nicknamed "Il Grande John" by fans, was the reigning 1956 500cc Motorcycle World Champion at the time while riding for the Count Domenico Agusta’s MV Agusta factory team. It was then that he spotted BMW engineering director Alexander von Falkenhausen and the ever-elegant 507.

As fate would have it, Count Agusta had mentioned to Surtees that he would like to give him a congratulatory reward for taking the World Championship.

Bonhams regales how the deal went down.  Surtees mentioned the 507 to the Count, whose response was inevitably, "What's the price?" And when Surtees let on that the BMW was more than $4,000, they decided to split the cost 50-50. Still, quite the handsome reward.

After the ‘56 victory, Surtees's status only gained more momentum down the road of legends. He would win three more 500cc World Champ titles with Agusta, only to transition to Formula 1 racing in 1962 with Ferrari and take the Drivers’ World Championship title in 1964.

Although in '62, when Surtees arrived at the Maranello factory, Enzo Ferrari announced that Ferrari drivers were banned from driving German cars and insisted that he roll in a Ferrari instead. Surtees complied. But when he got his first paycheck, the racer said, "I found The Old Man had the price of the new car deducted from my fee!"

Despite the conflict of interest snag, Surtees held on to the two-door classic and continued to drive it after leaving the team until his passing.

Today, the stunner is one of just 252 models ever made. Still pristine, V8-powered, and topping out at 124 mph, at just $2.8 million this pale blue wonder is in search of a new, very lucky home.