The shutdown slammed the brakes on crucial certification procedures, slowing the rollout of notable new vehicles. 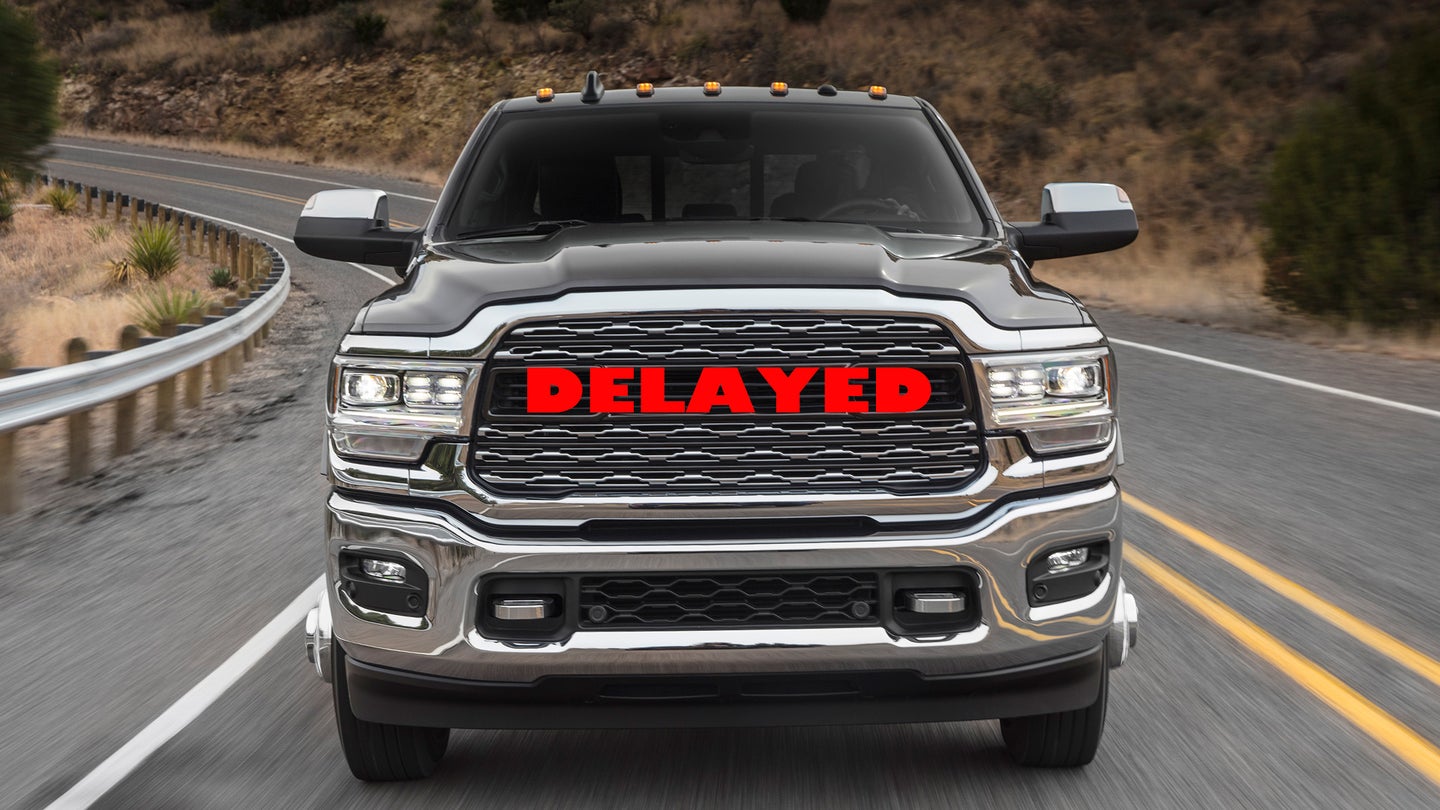 Donald Trump’s government shutdown—finally lifted last Friday after 35 days of contentious squabbling over the funding of a border wall—slowed down the crucial certification of new cars by the Environmental Protection Agency. But the threat isn't over. Another shutdown—which could happen in less than three weeks if the border-wall conflict continues—could do major harm to the automotive industry, sources say.

The certification process sees a continuous stream of new vehicles—roughly 1,200 per year—come up for approval by the EPA. The resulting certificates of compliance, which prove the vehicles meet federal emissions standards, are required for them to go on sale. To grant these approvals, the EPA evaluates manufacturer data, but also randomly selects about 200 vehicles each year for verification testing, according to a report in Automotive News.

The 35-day shutdown halted both processes, jeopardizing the certification of multiple vehicles, most notably the redesigned Ram 3500 pickup truck. Though part of the EPA backlog, Fiat Chrysler Automobiles issues a statement yesterday indicating that the 3500 made it through quickly once the shutdown lifted. That said, the company is keeping a close eye on the possibility of a follow-up shutdown and how it might affect other vehicles.

Other manufacturers seemed cautiously optimistic that they might have averted disaster, should things hold steady. Honda’s Passport is due to go on sale February 4th, and a spokesman suggests that that debut remains on schedule. Meanwhile, Ford says it has not seen any direct impact to its operations at this time due to the government shutdown. “If the shutdown continues in February, there could potentially be some impact due to delayed EPA certification testing required for new vehicle programs,” says Dawn McKenzie, Ford’s product communications manager for trucks and commercial vehicles. “We will work with the U.S. government to minimize any effects.”

But the full impact is still being gauged by manufacturers, both in terms of the lingering certifications from the just-ended shutdown and the possibility of another. Audi, for instance, remains concerned. “Government shutdowns may have a dramatic impact on our business, our dealers and customers depending on potential certification delays due the EPA not being able to certify cars,” said spokesman Mark Dahncke. “We would of course prefer a more stable business environment that enables for reliable business planning.”

Because the agreement to re-open the government is only good for three weeks, another shutdown might be looming. At the moment, though, it seems that even Trump’s supporters in the government have had about enough of this for one year, with a piece in Politico suggesting that Congress may try to block Trump from using the tactic again—a move likely applauded by auto industry leaders looking to keep vehicles moving onto, and off of, dealer lots.

Members of her delegation were on a bus headed to the airport when they found out their flight was canceled indefinitely by the Commander In Chief.