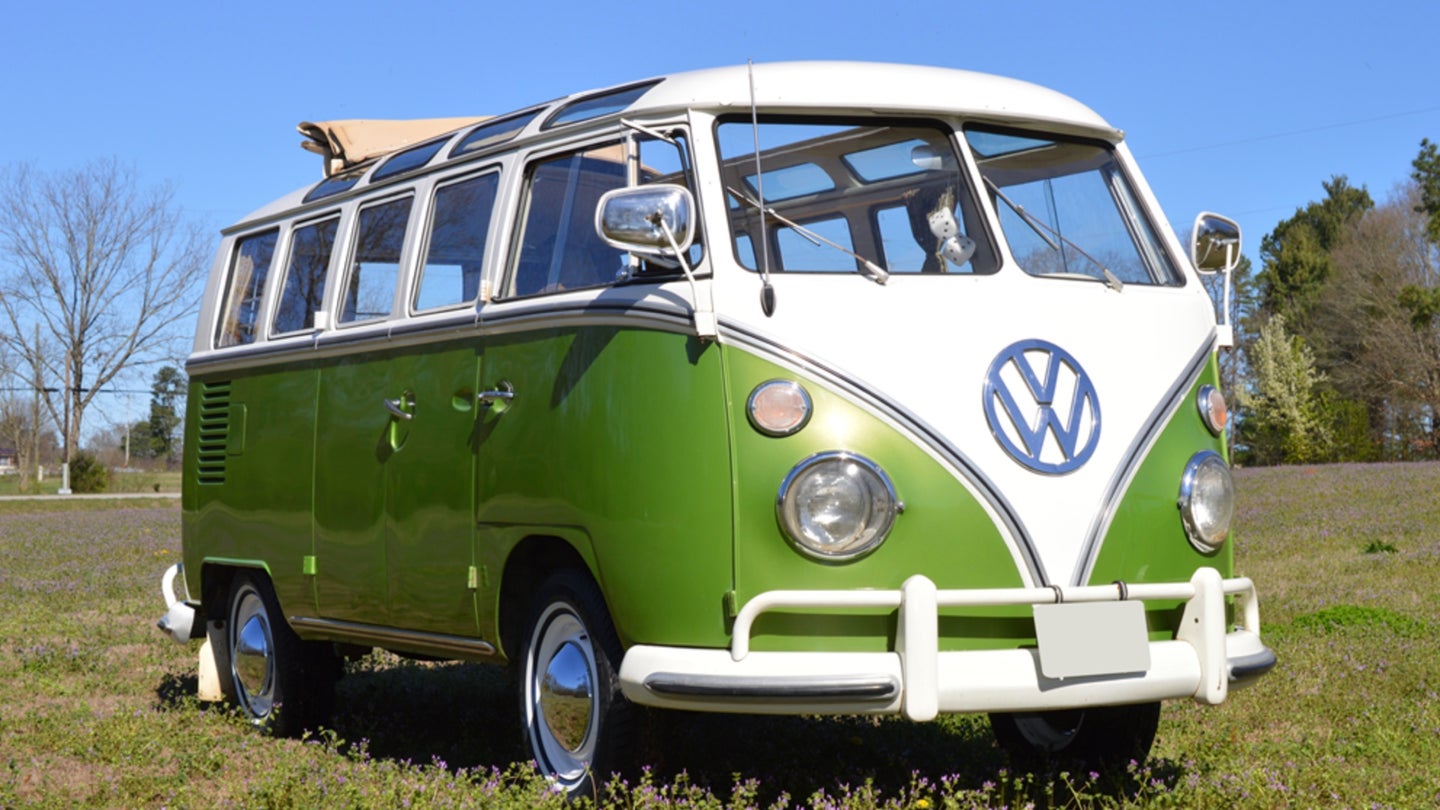 Calling all Baby Boomers, the ‘67 Volkswagen Samba from That '70s Show helmed by actor Ashton Kucher is coming across the Barrett-Jackson auction block April 12-15 (not an April 20 auction, as one might imagine). What’s more is that the pristine, 21-window Microbus might break some serious auction records.

Known to the show's superfans as the “Love Wagon” or the “Shaggin’ Wagon,” it’s the very bus that hosted a variety of the show’s trials and tribulations. From Kucher's character, Michael Kelso trailblazing with Donna to the California coast and Fez rounding second base to running the dang thing straight off of a cliff in Season 6. But for those that were dutifully doing taxes and bringing home the bread in ‘98 rather than gorging on a coming-of-age, stoney-baloney situation-comedy, the Samba is still an attractive collector’s item.

While the van has seen the light of auction day before, going for $28,050 in Scottsdale’s 2005 auction while the show was still in season, this is some 13 years later and the covetability of rare Sambas has augmented accordingly. Just four years ago, stunner versions of the VW sold for a pocket-gouging $235,000. And just last year, Barrett-Jackson was back at it again, when a mighty fine, two-toned, ‘65 VW Samba sold for a record $302,500.

So, it’s a no-brainer that this groovy VW ride with its celebrity clout is on track to fetch a pretty penny. The bus’s brakes and engine were recently serviced, according to Barrett-Jackson, and the Samba is powered by a 1600 cc four-cylinder engine with a four-speed manual transmission. Included with the sale is a copy of the original title penned in the name of the show’s co-creator, Mark Brazil. Additionally, the sale includes the appropriately campy perk of a That '70s Show handbag signed by a handful of the cast, including the talented Mila Kunis and Laura Prepon.